So I don’t quite get how this “unlock bundle” thing works, but Bundle Hunt has a new bundle running, notable apps include:

Edit: Okay, I’ve listed the price of each one after and figured out how “unlocking” works. You have to add a base of $5 and then you add whatever apps you want on top (so say you wanted Paperless, ActiveDock, and Swift Publisher, that’d be $2+$2+$4+the base of $5, so $13)

Edit2: There’s a bunch of other apps than these. None stuck out to me personally as interesting to MPUsers.

Thanks for this @ehler. Now I’ll have to see how to get up and running with #KeyboardMaestro to make it worth the cost. Any useful links to tutorials, macro “exchanges”, etc, gratefully received

Over on the Automators forum, they’ve got a few things tagged for KM specifically. There was a wealth of KM examples that Rose wrote on the old FB group if you can search the archives.

And thank @tonycapp for the KM discount, not me!

Yes, and it is only apps that are being removed form the affiliate program (music, books, movies, TV shows remain). Wrong move, I think, and one that will hurt me at MDM Deals, but the longer I consider it, the more I believe I can continue without it. But will have to get other methods of monetizing down 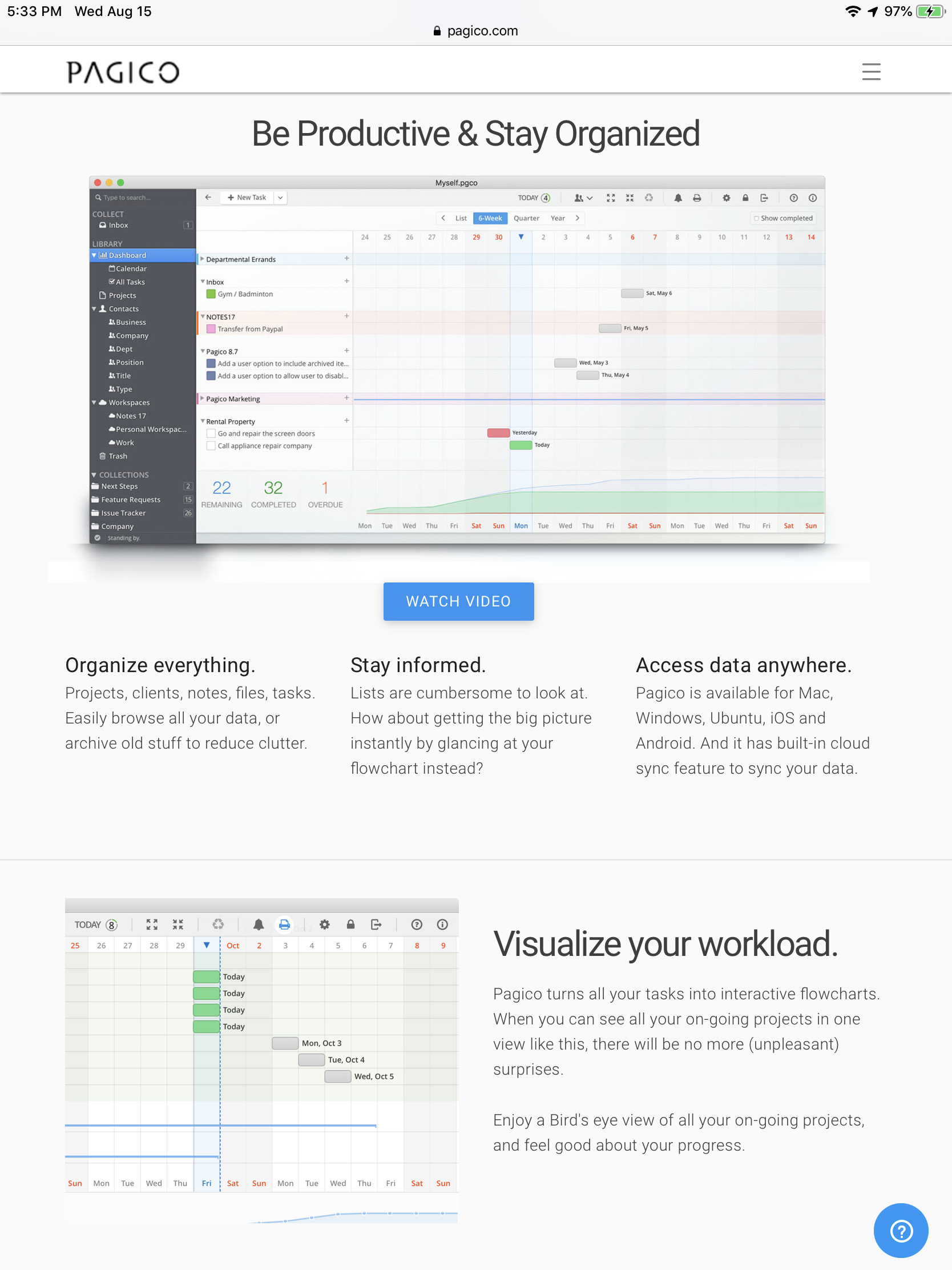 Oohhhh I can see the Automators Forum is a lovely and dangerous rabbit hole!!!

I received an email today that PDF Expert is running a back to school sale for 50% off… $40 instead of $80. I’m not sure if you can find this posted somewhere or perhaps sign up for their emails or even call them, but that’s a great sale for anyone that doesn’t already have this app.

What other back to school sales are happening???

Tap Forms (mentioned in the Apps not on PUs radars thread by @Watsona) is 30% off as part of their MacStories sponsorship (Mac, iOS)

Flexibits is having a sale on Fantastical & Cardhop in the Mac App Store and on iOS.

The Readdle back to school bundle is on sale for 50% off in the iTunes app store. 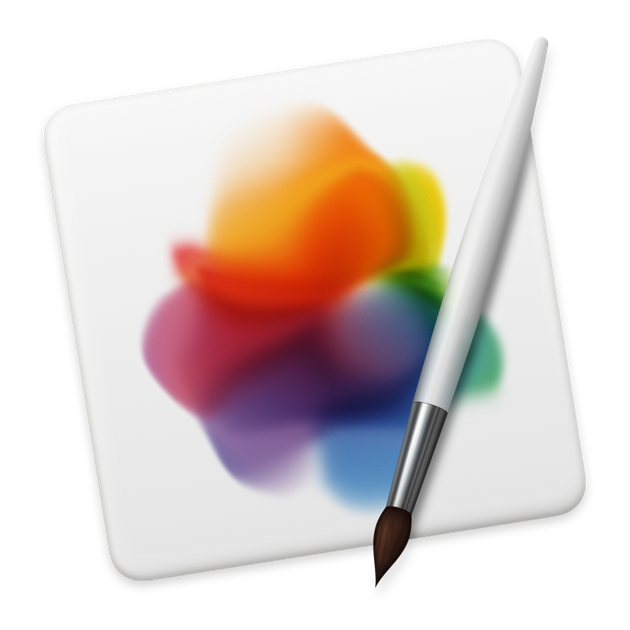 ‎Pixelmator Pro is an incredibly powerful, beautiful, and easy to use image editor designed exclusively for Mac. With a wide range of professional-grade, nondestructive image editing tools, Pixelmator Pro lets you bring out the best in your photos,...

Read about it this morning on 9to5Mac.com, which notes that it is also an update with more features (listed in the article).

MacPaw is having a sale on the new CleanMyMac X and Gemini 2, 30% off.

It’s worth noting that while they’re advertising CleanMyMac at the 1-year price, there’s a “one-time purchase” option still on their store for CleanMyMac X. It’s a little more than twice as much. They’re unfortunately no longer bundling CleanMyMac and Gemini at a discount.

StackSocial has a Mac app ‘Pay What You Want’ deal, where if you pay more than the average price paid by purchasers you get all ten apps in the bundle. When I bought into the deal this morning it cost $7.54, and right now the price has gone up to $9.93. I went for the deal primarily because I was interested in Art Text 3 (currently $29.99 on the Mac app Stopre), but also to play around with 2Do (currently $49.99 on the MAS). The apps in the deal are: 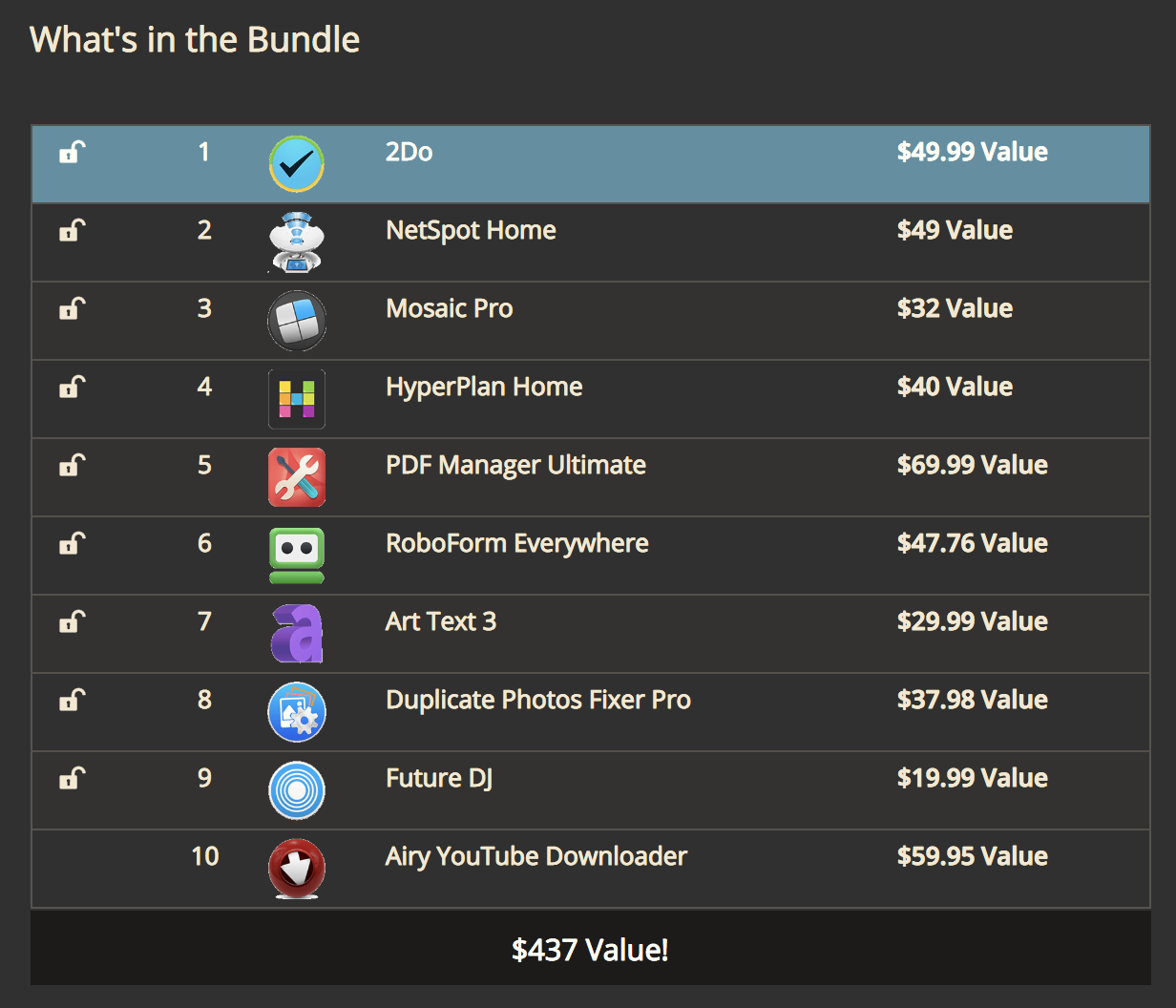 A number of sales for the MacStories anniversary that include DEVONThink, Hazel, MarsEdit, TextExpander, PDFPen, Screens, SaneBox, Taskpaper, and Ulysses, as well as what I assume are extensions of the sales from Macpaw, Flexibits, Readdle, and others that have recently been mentioned in this thread.

Epistory is on sale for a few more hours.
It’s a beautiful game.

I think it’d be better to keep the focus on apps on sale that are based around productivity rather than games or apps specific to particular industries/niche use.

just purchased
Happy to have 2do on the mac

I’d be curious to know how you like it. I got a bit intimidated by the potential complexity: although a to-do list entry can simply consist of its title, you can also add notes, recurrence, set a due date, tag a location, schedule an alarm, priority (low, medium, high, starred) and tack on a URL or photo, and you can even make an audio recording with voice notes, with each list sortable by a number of criteria, including priority and due date. For my needs it’s really overkill, and I’m not sure I’m going to be using it.