I use Apple Notes, now I’m starting to this Drafts is the way to go for my notes then send them where I want them to go. But then I think about Apple notes sliding up from the control center and you can take a note that way, but I think it might be faster on drafts. I know I’m over thinking it, did anyone else make the switch from Apple notes to drafts?

I use both, but most of the time I’m writing in Drafts.

If I’m planning something like trips, I will use Apple Notes because you can add pictures. I used Apple Notes to keep track of all my information for Macstock. If Drafts adds the ability to add pictures and that sort of thing I could see myself giving up Apple Notrs.

Drafts isn’t for storing notes permanently like Notes is. It’s a place to create your text input then you send it somewhere else and archive it in Drafts.

The only thiing I don’t like about Apple Notes is that for iOS if you have It open in Split view– it is easy to erase the note. I don’t use Drafts per say as I prefer not to have a subscription (a pet peeve). I could use my older version of Drafts.

Notes app doesn’t delete notes immediately, though I’ve had the same issue. There’s a trash folder you can recover deleted notes from.

I don’t use Drafts per say as I prefer not to have a subscription (a pet peeve).

Don’t forget that Drafts is a free app. Only the pro features are subscribed to.

Most (if not all) of my iOS communication starts in Drafts, so I tend to think of Drafts and Apple Notes (or Evernote) as being partners in a sense: I start my note taking in Drafts and things that I need to save for later get dumped into either one of the two mentioned note apps.

I need to send the notes somewhere. I use drafts but I keep the notes in drafts. But it seems faster to me to do the note in drafts then send it to Apple notes. Drafts is pretty good I have been using it for a couple months. Apple notes is good also, just trying to figure out different workflow for it .

I use an older version which I did pay for. I didn’t realize that there was an updated free version available. Thanks!

I’m a pretty heavy Notes user but now I’m in love with Drafts.
I’m wondering if it’s just that I’ve been mesmerised by the scripting capabilities (I love writing automation scripts for some reason), but it is an amazing app.

I’m also intrigued by the potential lightening of cognitive load by always writing in one place then sending it out to Notes, email, etc. The concept seems revelatory to me, but we’ll see if it works in the long run.

@GraemeS what kind of automation scripts do you write? I’m trying to learn it. Just curious if you write anything interesting. 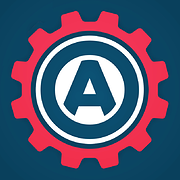 A place to discuss the Automators podcast and automation.

Nothing very useful!
In drafts so far I’ve played around with writing a converter (nothing much to do with writing), but I only got the app less than a week ago so I’m just learning the possibilities.

I want to love Drafts but I just can’t get into it. I don’t like or haven’t figured out how to get the text I would write there into other apps. I use Apple Notes but if I type a note in Drafts and use the share menu to put it in Notes, then it is an attachement to the note, not just the text in a note. I don’t like that. I don’t know anything about and am not interested in learning about Markdown. I think this means I am not a power user (and I am ok with that).

I just think if if I want to want to take notes or send a message and do a brain dump in OF, why not do it right in those apps?

I know that Drafts is cool and has a lot of functionality but I just havne’t Figured it out for me.

Thank you for sharing this.

I feel like Drafts is a going to be a great tool for the tinkering side of my personality. I take pleasure from bending the machines to my will.

I really don’t think my wife would like it all though as she prefers apps to do what she wants ‘out of the box’, i.e. with simplicity.

I just think if if I want to want to take notes or send a message and do a brain dump in OF, why not do it right in those apps?

Even the “quick entry” for OmniFocus on iOS takes additional taps to get to and is kind of fidly, especially if you want to do things like setting due dates. I use Drafts as my front end for entering most of my OmniFocus tasks on iOS (the rest get done in Workflow). Combine with some text expander snippets for due dates and I find it a far faster way to capture tasks than the OmniFocus iOS app.

You can also decide which notes you want in Notes and still use Drafts. Draft some text to go to email, etc. And create an action to open share sheet and you can send your draft to notes. Best of both worlds.