What are your first impressions of Apple TV+?

The rest I hadn’t had a chance to catch yet:)

Wow harsh:)
But I guess the sequence is the same! For all mankind seems to be the best!

You can’t buy creativity. The shows miss a soul. They are well made, but I was not engaged in the story and got even bored. And when you look at shows on other networks, the benchmark is pretty high and Apple has an uphill battle to fight.

I’m not into TV shows at all - mostly stick to watching HBO content one or two months per year. Because of the lukewarm reception and my own personal tastes I will be skipping this batch of shows.

My hope or theory is that Apple is taking a risk with these first shows and all the free Apple TV+ promotions to get a decent amount of people interested in the service while simultaneously improving the quality of shows they create i.e. working on new ones as we speak.

Because they don’t have a back catalog, they need at least one or two “must see” shows for this to succeed.

Sadly, Apple went the opposite way. They could give chance to “risky” projects and new, fresh content. But they didn’t and just overpaid B-list actors and told their creators to play it safe.

I still can’t understand how Steven Knight could write See. Peaky Blinders is such a good show and See is just painful to watch … maybe it was intentional

I thought “The Morning Show” was OK, but 18 minutes of “Sea” was plenty. I was hooked on space before Alan Shepard’s first mission and have no interest in an alternative version of history, so I’ll pass on “For All Mankind”.

I was a fan of the '80s series and have high hopes for “Amazing Stories”. And there are several others that have been announced that sound interesting, but I’m finished watching for now.

I hope the content will get a lot better. There are too much OK shows everywhere and only so much time to watch TV. Right now, I would not pay for Apple TV+.

Tons of people liked Game of Thrones. The show to me had no soul you got from reading the books. I’ve so far liked everything but For all mankind. In my opinion it’s a poorly done reimagining of the space race. I recommend looking at IMDB.com for ratings on these shows / See is at 8/10, The Morning Show is at 8.4/10. Also no one can tell you whats good or not.

IMDB is a poor source for scores. These days, only scores on Metacritic are usually close to reality. And on Metacritic, the show has 37 out of 100.

Have finished the first three episodes of Dickinson and found it to be great.
Morning Show is uninteresting, will not watch. For All Mankind seems great but I have to finish watching though.

On the general quality of TV nowadays, I will say that I’m underwhelmed. The only show since Mad Men that I really liked, was Dark on Netflix and and very few Black Mirror episodes. Ok, really liked Babylon Berlin as well. That’s it.

Game of Thrones was alright for the first three seasons and became so awful after that.
The novels are better, but rapidly decrease in quality after A Storm of Swords. There are good bits there but far and few between the rest of face/heel turns and meandering plot.

The Joker has a metacritic score of 59. The movie is a masterpiece in my opinion. Like I said no one can tell you what to like or not like. Watch the shows for yourself and decide then guys.

When critics review bomb a movie, the score is low. That’s why you can also see the user score and take a closer look, when there’s a big gap. In case of See, the user score is 4.9, so there is no big gap.

Metacritic is far from perfect, but its scores are significantly more accurate than scores from sites like Rotten Tomatoes or IMDB.

I find rottentomatoes.com ratings to be fairly accurate.
There are movies/shows that I like (Suicide Squad) but are rated low. C’est la vie.

I watched all three episodes of The Morning Show and enjoyed them. I’m looking forward to more episodes when they are released.

I have watched one episode of For All Mankind. It didn’t catch my interest as much as The Morning Show, but I will watch the rest of the available episodes.

Rather than address the shows, I’ll address the Apple TV+ UI. It’s a mess. It isn’t easy to find the Apple content from all the other (pay to view) content. Amazon is doing this much better.

I was also disturbed by the 100% use of Apple products in The Morning Show. I guess one should expect Apple product placement in a Apple produced program, but really!

See was created by Steven Knight, who wrote Dirty Pretty Things, which I thought was an excellent movie.
Perhaps the problem is the other writers, three of whom have written things I’ve never heard of, and one of whom wrote for a show that I don’t care for.
Maybe they will work things out, but I find it so hard to get past the premise that I haven’t watched it yet.

At this point I only have a preliminary perspective. I’ll watch more to see where I land but for now:

Again, those are my initial reactions. I’ll give each a few more episodes with the hope that they get better. If not. I will not subscribe as there are better options if Apple TV + doesn’t improve.

Here is one collection of reviews: 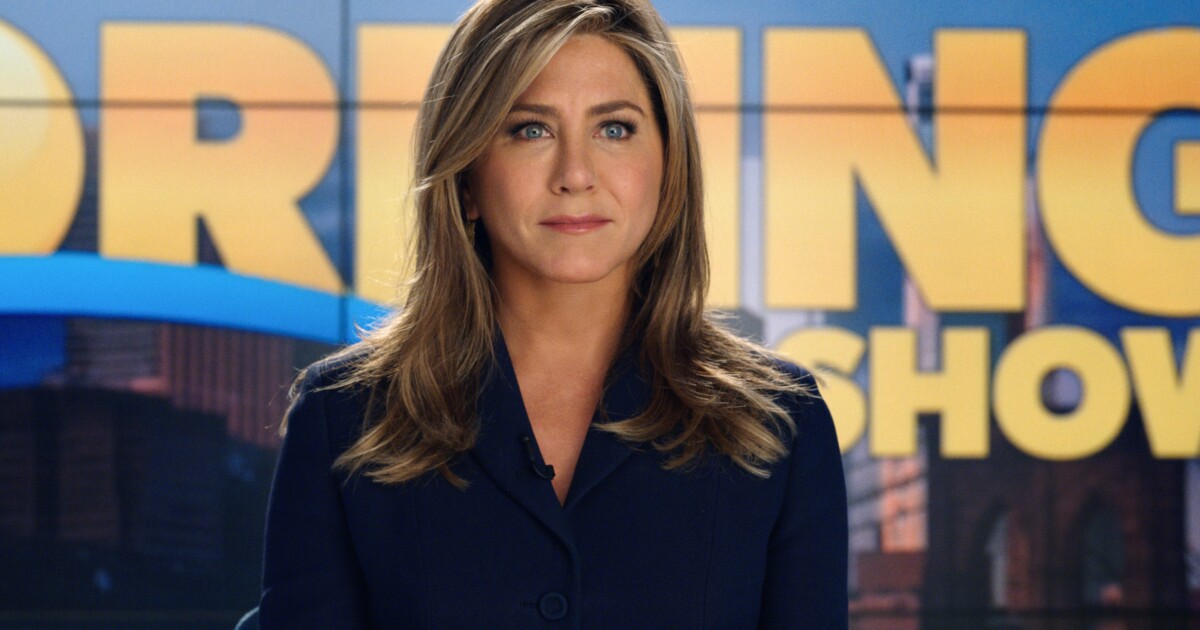 All the lukewarm Apple TV+ reviews, from 'Morning Show' to 'Dickinson'

Reviews are in for all the Apple TV+ shows, with "Morning Show" leading the charge ahead of the streaming service's Friday launch. They're mostly just OK.