Audiobooks in iTunes is a mess

Some audiobooks in iTunes is a complete mess with a lot of duplicates. It has been a problem for a long time. Does anyone know how to fix this hot mess? 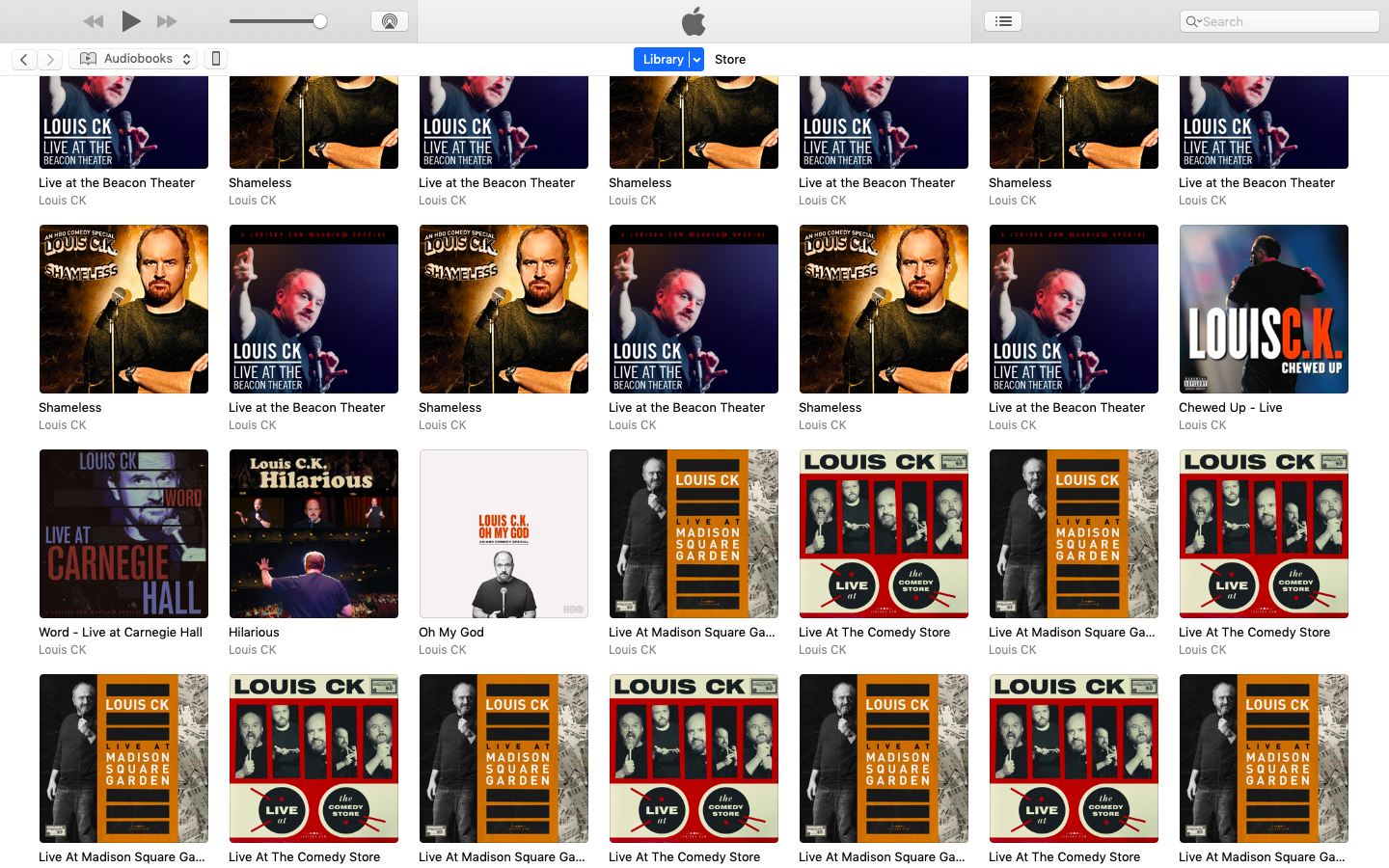 Why are comedic performances listed as audiobooks? Were they originally tagged that way?

I’d probably group and convert them into albums, where they’d be placed in Music, perhaps with a Comedy tag so I could create a Smart Folder to show all comedy performances in iTunes.

FYI what I do with audiobooks… of books… is use this Mac app to concatenate all the million little audiobook files into one big file to listen to. (Makes it cleaner in iTunes, and the file size of one big file is smaller than 100+ individual chapters. But it’s probably not the best option for a situation with short, named comedic bits.

IMHO iTunes is a mess, period.

I bought them all from Louis CK’s website and then put them in iTunes as audiobooks. I don’t want them in my music section. I am familiar with that app and have used it from time to time to import audiobooks into iTunes.

The problem is that they’re not audiobooks.

Just think of ‘Music’ as an everything folder, and use Smart Lists to keep things together. I have 32,000+ items in my music folder and many hundreds of them aren’t music (sounds pulled from apps, voice recordings I’ve made, podcast episodes I wanted to save, etc), but it’s not a problem. I just have Smart Folders sequester them, and a Separate Smart Folder containing everything but them … my music.

“But Doctor, I have to breathe”

iTunes is offering a feature to categorise different media as music, podcast, voice memos, audiobooks and it simply should work, in my opinion - otherwise get rid of that functionality, Apple.
Not everything is music - I have in iTunes audiobooks of various kind and I would find it very misleading if Thomas Mann or Shakespeare are considered as music.
The major reason for me to use Audiobooks as a classification is that within audiobooks the play resumes from the last stop - for music I have to separately choose the option.
Interesting enough is that on iOS audiobooks reside in “Books” whereas on MacOS they are still located in iTunes - pretty inconsistent setup, if you ask me.

IMHO iTunes is a mess, period.

it is a complete mess and I would switch immediately to another piece of SW if it were seamlessly be integrated in the Apple Eco-System, which I have not found yet but am very open for any advice