So, since the core engineering team at Twitter is reportedly gone, and the likelihood of the entire infrastructure getting hacked seems exponentially higher, I decided to deactivate my Twitter account this morning.

at this point. I started my account in 2008 and was never super active, but I feel sad that a core tool of communication and democracy, let alone jobs for many has crumbled in such a short amount of time due the the hubris (and possibly actual ill intention) of a single person.

Just curious if anyone else is bailing or feeling the same way?

My neglible use has continued as per normal simply because there’s still some conversations happening there that I’m involved in.

The sad thing about resettlement is that old communities are lost. The same people don’t end up in the same places again.

But the bright thing about resettlement is that new communities are born. Here’s hoping what’s next is better again.

And on that note, there’s been a good recent discussion on Mastodon happening over here:

I’m aware of the official client, but also interested in third-party apps that support multiple accounts, etc. There is a plethora of apps, so looking for experiences you have had.

For me, I don’t really post, I don’t use it for politics so rarely seed the ugly side, and I don’t even see ads since I use Tweetbot, so I don’t see the point in deleting my account. If it dies, it dies, but I still enjoy Twitter and will see what happens.

I don’t think there is a replacement, it’s not Mastodon IMHO. The ATP guys did a good job of covering why this week (same issues as Twitter, but no one entity moderating it, steeper learning curve, etc).

Yes, I’ve moved over there as well. The decentralization aspect really appeals to me particularly because of what’s happened at Twitter.

I don’t think there is a replacement, it’s not Mastodon IMHO. The ATP guys did a good job of covering why this week (same issues as Twitter, but no one entity moderating it, steeper learning curve, etc).

Thanks for the reference; gonna look up that episode.

I think there’s a good conversation to have about where we need a replacement.

We’ve tried “Here comes everybody” platforms. They’ve been monumentally good to us in some ways and severely bad in others.

Maybe the next iteration can keep most of the good and get rid of some of the bad.

Smaller communities stand a chance at being healthier… and maybe it’s not a bad thing if they’re not as interesting or all-encompassing.

I’m sure something will spring up from Twitter’s ashes as Tech seemingly also hates a void, and agree about all the ugly business of resettlement. Also agree that Mastadon is probably too steep a curve for the masses, but then again, I remember what Twitter felt like in the beginning when it was mostly the tech community there, so…

I use Twitter every day - mostly as a read-only medium (I have lots of lists) and occasionally to post. I got up this morning and it works the same as ever.

I’ve really noticed no adverse changes to my Twitter experience. I even subscribed to Twitter Blue just to give it a spin and see if I like it.

I recently added a blue tick to my Twitter too. 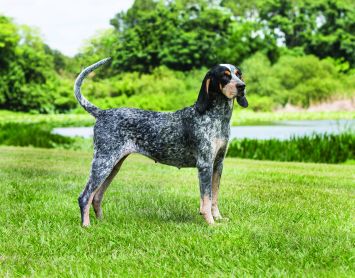 I haven’t been seeing Reddit being mentioned as a potential replacement.
The difference being that Reddit is organized by topic, rather than following people. I think that might be the better strategy, as following people brings along all their cruft you might not be interested in.

I have always used Twitter mainly as a news feed so I see no reason to move on as long as it serves that function.

The mass hysteria at Musk’s drastic cuts (in an attempt to right a sinking ship) just fascinates me to no end. I can’t wait until everyone tweeting about leaving Twitter are gone. Not that they’ll actually leave…

(in an attempt to right a sinking ship)

Was the ship sinking though? It might not have been everyones cup of tea, or a great stock for shareholders, but it was holding its own. Of course it should have never went public.

well, based on profit numbers …

I don’t like to play this card but as a Ukrainian Jew born behind the USSR’s Iron Curtain, if you think increasing diversity of thought is damaging to democracy, you may just be a pawn of tyranny calling itself democracy. Mussolini himself, the father of Fascism, defined it as the merger between corporation and state. Funny how that is the one definition the 12:1 Democrat White House press corps, and the 98% Democrat-donating Silicon Valley, don’t remind you of while they call everyone else Fascists. I am more concerned that Elon wants to clone WeChat.

I’ve really noticed no adverse changes to my Twitter experience.

Things aren’t exactly stable at this point.
As critical people leave, things will get worse. Like people being locked out of buildings because the badge access person was laid off.

Hundreds of employees are reported to be leaving the social media platform after new owner Elon Musk ordered staff to commit to an "extremely hardcore" work culture or quit.

I bailed on Twitter years ago when it became clear that they had little interest in protecting the safety of its more vulnerable participants. The vitriolic harassment, the threats of bodily harm and even death — it made me feel gross to contribute to a platform that harms so many and is so clearly exclusionary.

In addition, few people of my social and work community were actually using it. That made it easier to stop using it. I think Twitter users often forget that most people’s view of Twitter is what gets reported in the news when someone “newsworthy” posts something attention-grabbing. I wouldn’t call it an echo chamber, but it’s a much smaller slice of humanity than other social media platforms.

Since when did profits matter to a tech company?

since this year maybe? lol

The thing with Twitter, there are lots of horrible people on Twitter and the company did not do enough to combat some of it. That said, if you have interests/hobbies, it’s a great place to get info/news on those interests. I started using it a decade ago during the Tour de France. I could get behind the scene takes about things people wouldn’t say on TV. Riders had accounts and weren’t afraid to express themselves (this before Twitter became too big). Now I follow a bunch of local government accounts, sports stuff, app developers, etc. It’s a great place to get info. And they get zero money from me. Third party apps don’t have ads.

since this year maybe? lol