My sticking point is storage.

Basically, I have a bunch of data that can live anywhere, as long as it’s fast. I run a bunch of VMs, and they’re painful running from a USB spinning disk. Probably 100GB worth, and I envision this need increasing.

Normally I’d just keep that on the internal SSD, but I’ve actually managed to churn through one internal SSD in the last 7 years. The “how” is a long story, but it worries me because I can’t just replace it on the 2018 like I did on the 2012. And I’d like to have this mini still functioning well in another 7-8 years, even if I wind up relegating it to the role of a server.

It seems that my options are to either buy more internal storage from Apple (expensive), or get an external SSD (Thunderbolt or USB 3 - much less expensive).

If I only keep the stuff that absolutely has to be on the internal drive on the internal drive, and hang a USB 3 or Thunderbolt SSD off the back, will that give me good performance for things like virtual machines? Is that feasible as an alternative to paying Apple a huge chunk o’ cash for a bigger internal SSD?

And if so, is Thunderbolt important? Or am I going to hit the practical limits of SSD throughput with USB 3?

Any advice is appreciated.

An iPad is my primary computer, but I recently purchased a base model Mac mini (8gb ram, 128gb ssd) for file management & storage. It syncs my Dropbox, iCloud, and Google Drive files to an external drive, and backs up via TimeMachine to a local usb3 external drive, and offsite to S3 via Arq.

Photos, music, movies, data, and a Windows 10 VM resides on a 2TB usb3 external drive. (When iCloud is my only choice for uploads on IOS, Hazel immediately moves the files to Google Drive. I never have more than 10GB in iCloud.). Doing this allows me to keep my ssd usage around 50gb.

I rarely need Windows but I do have a 3gb ram Win10 VM running in VirtualBox. Chrome launches in 10-15 seconds, Quicken a bit longer. It’s reasonably usable once apps have launched.

If you have a lot of data in iCloud and Mail, that is in your Library folder, so you would need to size your SSD accordingly. (In the past I’ve moved mail.app files to an external drive using symlinks. I have no idea if that is still possible with current macOS - or if relocating iCloud has ever been possible.)

IMO, whether something like this would work for you depends a lot on your need for I/O. My data is probably 90% static. If you work your VMs hard you’d probably want to keep them on an external SSD.

I’d recommend some experimenting before I gave Apple “a huge chunk o’ cash”.

I have a 2015 MBP, and have run Windows 10, NeuroDebian, and Ubuntu VMs on an external USB3 SSD. I haven’t noticed a difference between the SSD VMs and on the internal SSD.

One thought I had: the base Mini is quad core (also i3). It would be worth thinking about bumping the processor up so you can devote more cores to the VMs. Same with RAM.

Yeah, that’s where I’m going to spend my money - the processor and the RAM. When I do this, I’m going to get the 6-core i7 and probably upgrade the ram all the way via OWC.

By the way, can I ask which USB3 SSD you’re using?

I have three of these: 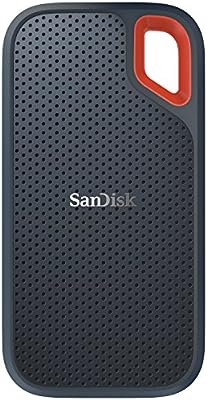 After not being able to use OWC’s upgrade kit (kernel panics), and trying a Feather M13 (crashes on boot/wake, and during use), I finally have found a solution that works: Thanks @Lars for mentioning the Sintech adapter. I read Sintech’s info, and they had a list of SSDs that worked, and SSDs that might cause problems. I went with a safe bet. The WD drive isn’t the speediest on random reads, but I haven’t noticed any difference in performance from the original SSD. FYI, Feather’s speed cla…