After 13 years and living through many unwanted changes I finally pulled the plug on Evernote yesterday. I was close to it many times over the last few years when the app was moving in unwanted directions, but used the OCR, clipping, screenshots and everywhere availability too often to let go.

When I moved to Evernote I took a decision to keep a local copy of everything uploaded. The cloud was still a new thing then. This fortunately made it easy to recreate content in DevonThink. I tried exporting and importing notebooks but Evernote tags created additional entries in Devonthink and made it messy. There used to be a direct import into DevonThink, but that route was killed when Evernote jumped from version 6 to 10.

Lately, I was mainly using Evernote to support Skitch, of which I was a heavy user. The Skitch screenshots and web clips were the only things I had to move between Evernote and DT.

Switch has now been replaced by Cleanshot (also in Setapp) after hearing about it in a recent MPU episode.

Years after leaving, I still feel sad about it sometimes.

My final straw with Evernote was when I was trying to record a lecture in an area with no cell service and extremely spotty Wi-Fi and it wouldn’t record properly because it needed a network connection. I ended up recording with Voice Memos and sending that file to Craft.

@ismh I also feel sad about it. I wanted to like and make Evernote work for me. It just wasn’t meant to be.

I exported everything from Evernote into Notes a couple of years ago. I too was a big Skitch user, who also switched to Cleanshot. I’ve been pleased that Apple has slowly made notes less lame over the past few years.

I did the same a few years ago!

There used to be a direct import into DevonThink, but that route was killed when Evernote jumped from version 6 to 10.

Based on my knowledge that route is still available via the „Legacy“ version of Evernote (basically the old version 7 still working). That way it’s still possible to import directly from Evernote to DEVONthink.

I‘m currently in the same boat - slowly moving my stuff out of Evernote into DEVONthink, which is a very long and time consuming process for me … mainly because Evernote became like a dumping ground after I got more and more frustrated with their decisions not in my favor and I was extremely unhappy with their v10 move.

. I used to be a real fan and even thought about purchasing their merchandise (like the bag, the water bottle or the branded ScanSnap) when they offered those. I also liked the little Apps like Evernote Food and Skitch. I was really in for their notion of building a company for the next 100 years - well I was part of it for the first 15 years it seems

At the same time this was a definite reminder to be more cautious with my data and where to put it. Personally I would still trust Evernote with my data and never had any sort of issue with that, but a company might move into directions that I don’t like and the amount of time and effort needed to change such a fundamental part of my system is really tough.

I learned my lessons from Evernote and Day One I guess

The Evernote Legacy app is here – it is a good idea to get it now, even if you are on the fence about leaving Evernote, or think you’ll stay with Evernote, because the Legacy app might disappear at any time. You’ll need it, as mentioned above, if you ever want to do a full export of your Evernote data. 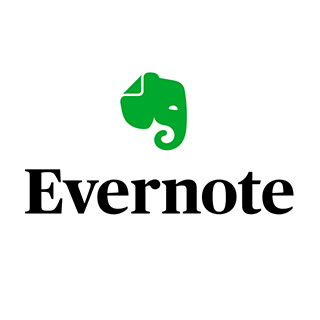 Install an older version of Evernote

Note: This article details the installation of an older version of Evernote. There will be no future updates or bug fixes in older versions of Evernote, including Evernote Legacy. If you are having...

I was an Evernote user for over a decade, I was initially sad, but I am glad for their shenanigans now. Otherwise I would have never moved to Devonthink. Devonthink is superior to Evernote in every way for me.

My Evernote sub ended two days ago. I didn’t renew as I am already using Obsidian but there are some notebooks, which I synced to Awesome Notes, that I still miss not being able to use in Awesome Notes anymore. Obsidian has a long way to go in terms of presenting the notes but, free is better than a subscription. I hope I can survive it!

Same sentiment about being sad to leave EN, but couldn’t stand v10. After going through this export nightmare it has def taught me a hard lesson about data portability. I’m still migrating data with 2,000 notes left to go through and weed out the cruft.

At the same time this was a definite reminder to be more cautious with my data and where to put it.

Years ago I too was a fan of Evernote but many of us have learned the hard way the danger of using a “roach motel” to store data, which is why so many of us have moved to plain text and PDF formats for nearly all note storage.

After years of sorta carrying the Torch for Evernote hoping it would turn into that mythical 100 year company I’m out. I’ve been waiting to see easier ways of EN collaborating with other tools but instead i’m getting widgets and other junk I don’t need.

Evernote ==> NeverNote
An excellent app with bad direction. I was a premium subscriber for over a decade and got out of it too this year.

Yes the MPU community definitely brought light to that part of the equation - I now keep most of my data as PDF, Image or markdown files in DEVONthink and my journaling in Ulysses after getting burned by Day One with their move to v2 and beyond. Feeling much better now that it is easy to just move on with my data if things change (what they tend to do).

After going through this export nightmare it has def taught me a hard lesson about data portability.

I was taught that lesson a long time ago. But since then my policy as been to verify that I can get my data out before I start using a program. Hang in there.

Here you go, from Wikipedia:

Roach Motel is an American brand of a roach bait device designed to catch cockroaches. Although the term is the subject of a trademark registration by the insect control brand Black Flag, the phrase roach motel has come to be used as a reference to all traps that use a scent or other form of bait to lure cockroaches into a compartment in which a sticky substance causes them to become trapped. Introduced in late 1976 in response to the success of d-CON’s roach trap, the Roach Motel quickly became a successful entrant in the industry. By 1979, New York magazine reported, “On the strength of its whimsical packaging and an aggressive ad campaign, the Roach Motel now dominates the market, outselling the closest competition by as much as three to one in some cities.”[1]

Early versions of the Roach Motels used food-based bait, but later designs incorporated pheromones. The widely known tagline of the Roach Motel was, “Roaches check in, but they don’t check out!” This phrase has also been applied to information technology systems such as enterprise resource planning, which readily capture transactions data but make it difficult for organizations to access, report and analyze the data stored in the system.[2].

Is anyone still using it?

Surely they’ve realised their mistakes and are going to rectify them otherwise there won’t be a company left?!

I always found it interesting that the “roach motel” was introduced the same year that the Eagles released “Hotel California” (1976).

“You can check out any time you like, but you can never leave”

I tried this … installing all the way back to versions 7 and even 6. Devonthink still gave me the pop-up saying I needed an older version of Evernote in order to do the import. Think the v10 database upgrade in Evernote killed that path, even if you re-install old EN versions.

In the end, I ended up removing tags in Evernote and exporting whole notebooks to .enex files, which were imported without trouble into DevonThink. If you keep the tags it will build subfolders and duplicate link entries in DevonThink for each tag, which is a nightmare to clean up.

It was worth the bank holiday tag cleaning and eventually closing the Evernote account. I am with @adamashlock and @JensV to really think hard about data formats and portability. Apart from Evernote, I had similar issues with changes at DayOne, DropBox and 1Password, where things moved into directions other than my core want/need of the service.

I do stick around for a while to see how it develops, but also explore and have alternatives in place.

In Evernote’s case that became a quit as the alternatives worked much better for me. Dropbox I now use through Maestral, which works great and still gives me the Dropbox familiarity and standards with family, friends and work. DayOne I still use as data extraction is standard and easy and 1Password is just too convenient not to use and I will only be able to judge V8 when I have actually used it. I like and run with Minimalist for data portability and retention purpose, but none of the other password manager alternatives cuts it for me.

Think that covers it for me. Any other apps people you all are looking at for data portability?