I just downloaded a new version of the GIMP, and realized there isn’t a lot of talk here about free and open source software per se, so here’s a thread

Here is a suite of software for a desktop publishing workflow:

GIMP is the Gnu Image Manipulation Program, a free alternative to Adobe Photoshop.

Inkscape is a vector-based drawing program, similar to Adobe Illustrator. 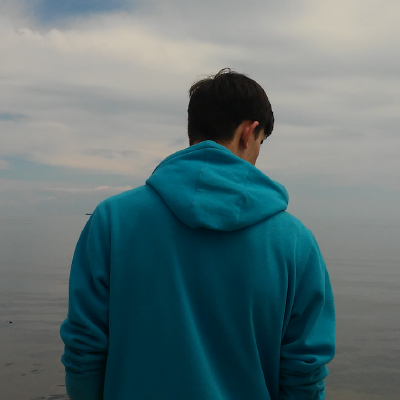 Finicky the automatic browser selector is exactly what I’ve been needing!

Edit: turns out it’s a bit finicky. So someone please write something like this. I’ll pay!

I just downloaded a new version of the GIMP, and realized there isn’t a lot of talk here about free and open source software per se, so here’s a thread

I even wrote to @macsparky complaining about that. There are several FOSS projects that are can replace paid software (especially if not often used) and some of them are even way better. I use:

Some of the stuff I use:

There are many others out there.

You’re probably the person that mentioned open source software earlier and lead to my post.
We let our SPSS contract lapse for our lab ($2k), and the switch to R and R Studio has been a good one. It has propagated through our undergrad neuroscience program, and hopefully will make it to our biostatistics course too. Why make students pay $100 for a semester’s (or year’s) use of SPSS when R is free?

Tickey is pretty cool. It can make various sounds when keys are pressed, even mechanical keyboard sounds. Audible feedback can be a good thing. Perhaps it would help @MacSparky’s self-declared “banging away” on the keyboard.

LibreOffice or OpenOffice has been my office suite for over 20 years.

Calibre is what I use to deDRM Kindle books.

I really need to learn more about R, I’ve played with it but never gotten good and I need it for some of the sheep work.

If you need R for statistics, also have a look at Orange data mining https://orange.biolab.si/ and of course python (which blows R into smithereens).

But why not use iWork (instead of LibreOffice) which is now free? Especially keynote cannot be beat!

KiCAD is fantastic, totally with you on that one.

I had done a fair bit of python programming at the time I started using R (ca. 2009) but it never occurred to me then to try to use python for data analysis. At this point I’ve written a lot of custom code and probably wouldn’t switch (at least not for that project, a longitudinal cohort study). But what are the key advantages you see to using python over R? Are there libraries that are comparable to R’s capabilities for visual display of info.?

Handbrake is a better video converter than most commercial ones.

…and of course python (which blows R into smithereens).

But why not use iWork (instead of LibreOffice) which is now free? Especially keynote cannot be beat!
…

I am constantly moving between R and Python.

iWork: well, it’s not open source, just “free”. But Numbers is very limited and a toy compared to Excel or the FOSS alternative, LibreOffice’s Calc.

@JohnAtl, how would you rate GIMP against PhotoShop or Pixelmator?

I haven’t used PS or Pixelmator, so I don’t know. I’ve been using the GIMP for years, and it serves my (usually fairly simple) image editing needs. I usually use it for figures and the like, making backgrounds transparent, adding layers with various content above a pic, occasional pixelating or blurring, scaling, etc.

Finicky the automatic browser selector is exactly what I’ve been needing!

Edit: turns out it’s a bit finicky. So someone please write something like this. I’ll pay!

If you are happy to pay, I’ve been using Choosy for years. Works great for me.

People seem to forget about Firefox. A lot of websites I use do not work well with Safari (for some reason it gets stuck uploading often for me on several sites). I really do not like using Google Chrome because it is a privacy nightmare, I am not willing to give all my web browsing data to Google. All the sites that have problems with Safari work every time with Firefox and the web development addons are awesome.

Brave vs. Firefox vs. Safari?

I’m seeing a lot of love for the Brave browser here, which appears to be Chrome with added privacy – or, more precisely, Chrome with added privacy and the tracking code stripped out. Why use Chrome rather than Firefox, which is also making a big privacy push? Why Brave rather that Safari? Is Brave preferable because of the Chrome compatibility, particularly extensions? Thanks!

I use Brave to test websites on the Chrome rendering engine but prefer Firefox Developer Edition for developing websites, mainly because I’ve been using Firefox since 2003 and do not want to have to have to re-learn the debuggers and inspectors that I use for PHP/web development.

I’ve used both Gimp and PS a lot. I prefer Photoshop. Gimp is capable but it’s like swimming in galoshes. Probably because I learned photo editing first in Photoshop.

I’m warming up to Brave but I’m not sure I’m ready to throw out Safari yet.