In Windows you have the 3 icons in the upper right hand corner. A box for Full screen an underline to minimize and an X to close.

When you minimize a window and want to go back to it you just alt tab to the app and the app pops up ready to go.

When you do that on a Mac after clicking on the Yellow ball in the upper left corner and then alt tab to the app you then have to open the window in the app.

You can get around this by doing a Cmd H to hide the window but that is pretty clunky if you do it 50 times per day.

I have Alfred, and Keyboard Maestro 9

I tried getting it to work with Better Touch Tool which I had just purchased but after configuring it to the best of my ability it just did not work.

Any suggestion on how to set this up.

I am surprised that the Mac does not just alt tab into minimized the running app window by default.

You can try this.

Or press down Option while you are inside the standard Alt Tab. That will include minimized windows.

You can do this natively with the keyboard, but it’s fiddly. After you minimize the window (⌘-M or click yellow), you can ⌘-TAB to the app then while still holding down ⌘ also hold down ⌥ , then release to restore the minimized window. For bonus points, instead of ⌘-TAB all the way around to the app, you can do ⌘⇧-TAB to go back one app which would be the one you just minimized.

Yet another way is to ⌘-TAB to the minimized app, then while still holding ⌘ hit the ↓ or 1 key. Then you can release ⌘ and use the arrow keys + RETURN to restore the window of choice.

Not sure I see the problem. I routinely hide programs using CMD+H. (Never the yellow button or CMD+M. Trained myself out of this.) I use CMD+TAB, the dock, or CMD+Spacebar to switch to another program, if I can’t just click on it to bring it to the front. The desired window always appears.

I do what @karlnyhus does and just hide the app, I have never used those three buttons. What is the advantage of minimizing to the dock. Which, incidentally I never use either.

Most of my work life was spent using Windows machines (so sad). I would characterize use of the yellow minimize button as simply a holdover from Windows that makes little sense on a Mac.

I think it’s just another approach. Minimizing apps will pull them out of the Application Switcher. Also Mission Control without moving the app to another desktop. Having said that, I usually just ⌘-TAB through my apps like I used to on Windows back in the day

Alt+tab was the biggest thing I missed from Windows when I first switched about a decade ago.

So I was thrilled when I found Contexts, and I’ve used it since. Configure the window switcher to use alt and it works exactly the same as Windows. 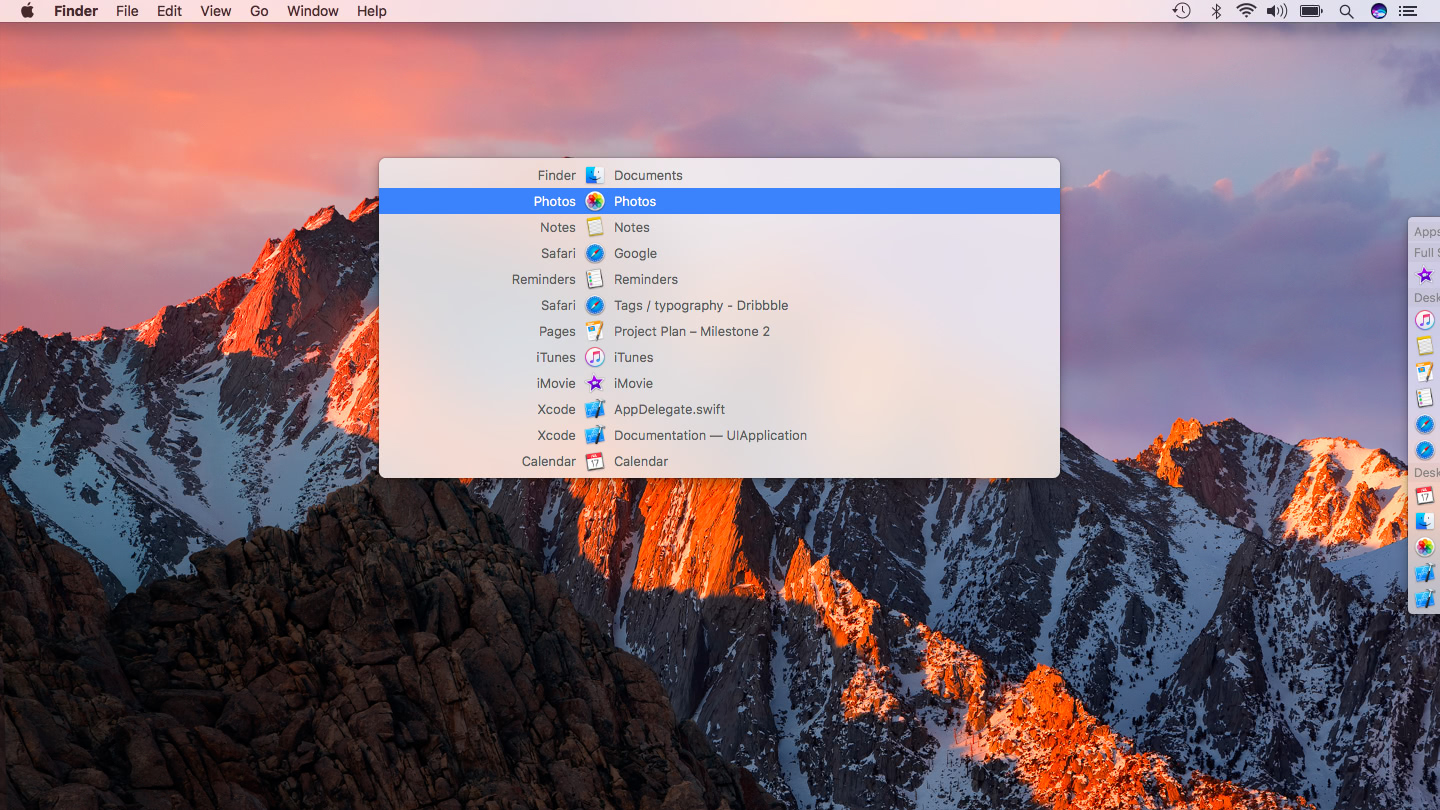 Switch between application windows effortlessly — with Fast Search, a better Command-Tab, a Sidebar or even a quick gesture. Free trial available.

I previously use AltTab that mentioned above, because it’s the best free option (actually still better than paid alternatives IMHO). But then realized it often use many resources and switched to Keyboard Maestro’s window switcher. KM’s needs some time to get used to, but it works well for me now.

I am soooooooooo glad you asked this because it’s been bugging me.
For at least 10 years.

I never knew that minimise removed the window from cmd-tab.
I thought I was doing something stupid.

Seems I’m not the only one: macos - What's the difference between Minimize and Hide, between Maximize and Fullscreen, and what are all the keyboard shortcuts for these? - Ask Different

Love that type to find approach.

While on that, found this Alfred Workflow with somewhat similar functionality. It’s fully written in Swift.

You can get around this by doing a Cmd H to hide the window but that is pretty clunky if you do it 50 times per day.

Wait, what? You mean pressing CMD+M – and waiting to see how the window minimizes – is easier than just pressing CMD+H!?

…or have I misunderstood something?

Hide (CMD+H) is the best thing since OS X came, if you ask me.

Maybe easy isn’t the right word, but there’s a limitation to the Hide in instead of minimizing.

Minimizing seems to be better suited for a window-based workflow (say you have 6 Word documents open and want to minimize 4 windows while keeping 2 visible), whereas hiding is great for an App-based workflow (such as Obsidian, which works on only one window).

Personally, I regularly use both functions pretty much this way.

Aha, I see what you mean. Personally I use the shortcut CMD+< to switch between open windows. Almost never minimize windows.
But I can see the nead for it, and hence the problems with it.

Ahh, I use the Keyboard Maestro switcher and it is fast enough for me always, I only use one desktop too! I really wonder sometimes if I really am a power user! I just command tab through apps always. Thanks though I knew there must be some point to the buttons, I never use any of them.

Ahhh that is useful to know though I never need to do that really. Nice to know how it works and that the buttons have an use.

I didn’t know about any of this before the people here filled me in. I found that cmmnd + M will minimize a window and Shift +Teb will open it again if you use the Keyboard Maestro window switcher. Is that any help. You have Keyboard Maestro? of course you do!

Your scenario would require use of the Minimize button. I’ve tried using the yellow Minimize button when I wanted to keep a couple of Safari windows open and logged-in but not see them all the time. But I found it awkward enough that I’ve taken to running a second browser (Firefox) just for this task so I can use CMD+H consistently for all my apps (windows) rather than having to switch mental gears. But that’s my limitation, not anyone else’s…

But when you release on the app you want does it show the open window, ready to be worked on?

I typically use the track pad to move/minimize windows (yellow button) vs keyboard shortcuts. Holdover from Windows days but in windows when you minimize a window when Alt Tab to the app the windows is open and ready to go.

I’ve tried using Cmd H but I fall back to my old Windows ways.