Take a moment to review the details here;

But the summary is this: iCloud has been having problems with errors lately and a growing group of people have experienced issues that have been going on since…somewhere between May and December of last year.

Apple’s status page doesn’t show these problems and there have been no public statements by Apple about it, but read the link above and you can see it’s a real issue, regardless of “it works for me”.

Craig Hockenberry, who knows a thing or two about Apple-related development, had this to say:

“I hate to say this, but iCloud can’t be trusted. It’s disheartening because there has been improvements in the past couple of years…”

And this: (somewhat redacted as this is a family friendly space) 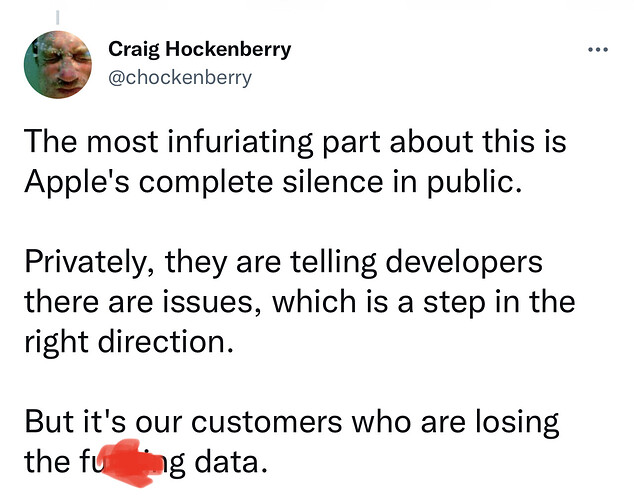 I’ve wanted to switch from Dropbox to iCloud Drive, but this is what keeps me away. For every report by someone like @MacSparky that iCloud works great for him (and I’m sure it does, and I’m glad it does), the closed off black box of iCloud Drive plus these reports of periodic silent issues keeps me thinking that, despite all its many flaws, Dropbox at least doesn’t lose data and I can see what it’s doing.

Anyway, I posted this mostly just as a warning/heads up to folks who may not have heard about these ongoing issues.

IMO, Apple doesn’t have the knowledge to run cloud services. But it looks like they are trying to hire the people they need to get a handle on their problems. 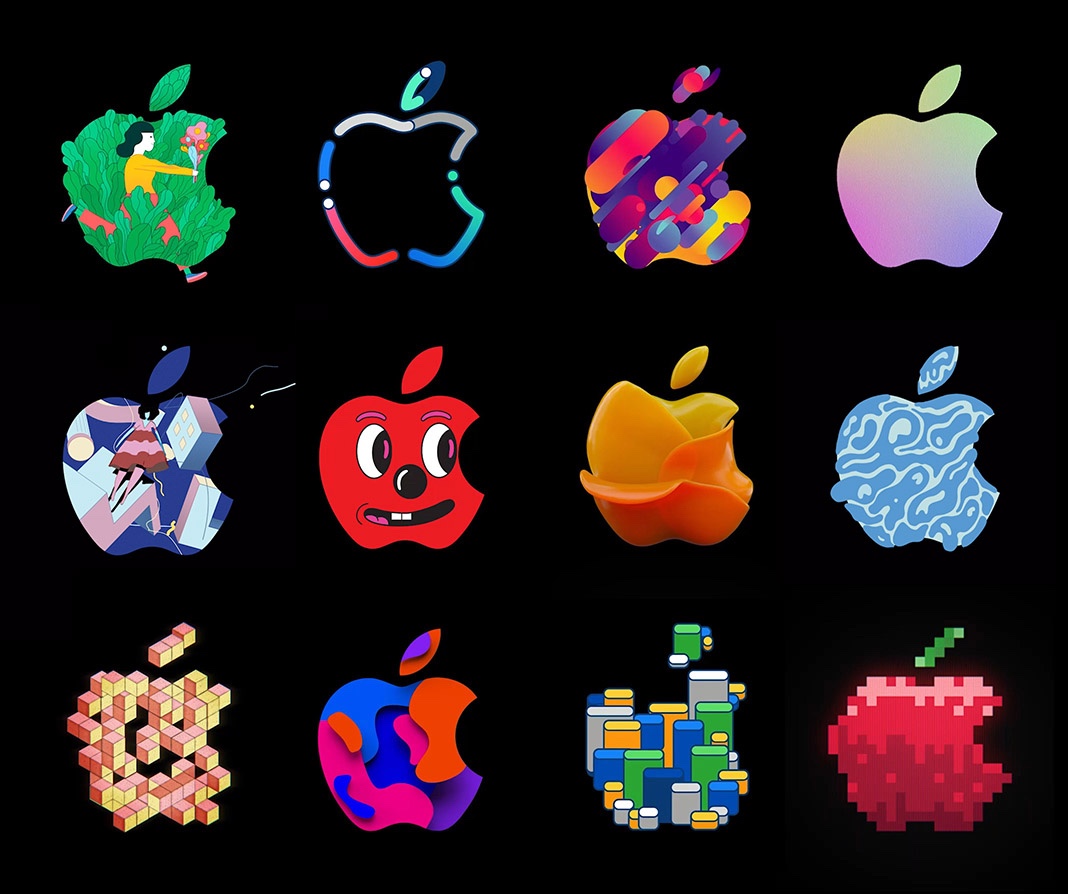 Explore all jobs at Apple. Search by keyword, location, and other criteria. Create a profile and apply today.

Was a iCloud user faithfully for 5 months. No longer. Files mysteriously deleted. I thought I might have accidentally deleted 1 or 2 but it has happened even to some critical files which I would never touch unless necessary. I emptied Trash hastily a couple days ago because I was running out of space on the MBA and now the files are completely and totally gone. Thankfully, some had been emailed to other people and thus I can recover them that way. Some were inconsequential, although I still …

IMO, Apple doesn’t have the knowledge to run cloud services. But it looks like they are trying to hire the people they need to get a handle on their problems

Do you really think this is a fair statement? Google and Amazon are both hiring; does that mean they don’t have the knowledge?

I’ve wanted to switch from Dropbox to iCloud Drive, but this is what keeps me away.

I’ve used iCloud sync and iCloud Drive without any issues for years… until now. I finally got away from Dropbox but because of being plagued by iCloud issues, I’ve moved everything back over to Dropbox. I hate to say it, but the best thing I can say about Dropbox is that everything just works.

Whether or not it is a fair statement I’ll leave to you and the other members of this forum to decide. Here’s my reasoning:

AWS launched in 2006 and was so successful that within 1 year Amazon launched a second product (EC2) and has been growing ever since. I been using AWS S3 on and off since 2012 and while I’m sure there has been the occasionally outage, I don’t recall having a problem.

Google Drive launched in 2012 and I’ve been using it since the start. Again AFAIK I’ve never had any problems (although Google has had outages)

iCloud launched in 2011 and continues to have the same syncing problems that have plagued it from the beginning.

I don’t recall ever losing data. But I have spent countless hours trouble shooting why the number of notes in AN on my iPhone is different than the number on my Mac. Or why files I copy to iCloud sometimes take hours to start syncing. Like many others I’ve experienced most of the iCloud related problems that brings people seeking help to this forum.

ICloud is now ten years old. So why is it still having the same problems? Two reasons come to mind. Either Apple has problems their existing team cannot solve, or iCloud isn’t a priority. What else could it be?

I prefer to think Apple doesn’t have what they need to fix the problem.

I moved back to Dropbox in early 2020 after several incidents of losing entire subfolders and individual files in my iCloud Drive Projects folder. Thank goodness for Time machine! No missing data experienced with Dropbox so I keep paying for the subscription.

Most of your criticism of these services as an end user are fair. However, your blanket statement of them not having the “knowledge” to run a cloud service is a stretch.

I’ve had issues with all of the providers. Years ago one of my Google Calendars disappeared. I tried to get ahold of Google for help, but eventually gave up. Have run into issues with AWS as a consumer, but more in my line of work.

Apple has had plenty of problems delivering cloud services. Personally, I haven’t experienced all of them. But, they also leverage the cloud to delivers services at a scale that not many companies can.

This discussion has been mentioned on this forum before. Personally, I think it’s a matter of focus. Offering cloud itself as a service is how Google and Amazon make their money (AWS being responsible for majority of Amazon’s profit). Apple leverages cloud, but it is not their core business. They’re a customer of Microsoft and Google like many enterprises.

They know how. If they didn’t, and it was a priority they’d take a few of the $60B in cash on hand (that we know about) and buy the business…

As far as I’m concerned we are in agreement.

Think this topic in some way or form relates to this thread.

My guess is all these services will have the same limitations in the near future. Although pCloud uses a different mechanism, by default it mounts a virtual drive with a limited size (cache drive) to store files you open or want to keep local. pCloud also provides a way to sync a local folder, I’m curious if this will keep working.

Apple might have realised too many people have sync issues and data loss. They buy computers with too little storage and then rely on offloading to the cloud only to find out they have no safe way to work and backup.

I agree that many are relying too much on cloud storage. And because it is stored in the cloud backups are harder to make and in many cases no backups are made at all. I also see this in companies relying on cloud storage too much. I have seen many cases where they do not even think about backups anymore, they just ‘assume’ that because data is in the cloud it is also back-upped.

I switched to using cloud services for convenience only. It is nice to have documents synced to multiple computers. I limit this sync to files I actively need. Because files are stored locally I can do regular backups with Time Machine and/or CCC. (I do not use Optimize Storage anymore)

I do use OneDrive for archiving files which I do not need stored on my local machine, these are mostly backups (that I also have in local backups) and resource files I might need sometimes and can easily download in that case.

The biggest issues I have had with cloud storage where mostly related to the ‘on demand’ features of iCloud, OneDrive and Dropbox. As soon as is stopped using on demand features each cloud service worked reliable, though I must admin Dropbox had the most reliable and fast sync, but iCloud is getting better for me at least.

A great source (a bit technical) on how iCloud (File Provider Extension) works. Sync files to the cloud with FileProvider on macOS - WWDC21 - Videos - Apple Developer

Seems there has been put a lot of thought in it to reduce the loss of data.

I’m in the process of moving my documents to Nextcloud and my photos to PhotoPrism.
Both self-hosted on a raspberry pi. (also now self-hosting Bitwarden as a 1Password replacement btw

Apple lost most of my children’s toddler movies a year or so ago (luckily I had backups) so I am absolutely moving out of iCloud. It is not safe, and not robust

It’s taking me some time to set things up properly, and move everything out, but I’m not putting anything of value in there anymore.

Also: with Apple moving to scanning iCloud photo’s content for [drop whatever your government wants them to look for here] I’ve had it. Moving to different pastures

This does cause me to wonder if some of the data loss blamed on DevonThink is actually iCloud. Which, of course, is still a problem if you use iCloud to sync.

Since DEVONthink switched to CloudKit it has been very reliable and fast. I have had my share of issues with iCloud sync but most were related to the Optimise Storage feature. iCloud is fast and reliable for some time now on my Macs.

DEVONthink also made many updates to make syncing more reliable.

Apple lost most of my children’s toddler movies a year or so ago (luckily I had backups) so I am absolutely moving out of iCloud.

I’m glad you had backups. I’ve had to tell a few people that their photos, etc. were lost forever because they didn’t plan ahead. At one time I had quite a bit of data in iCloud but now I only use it to sync app data or move files from my iPP when it is the only method available.

Same here, it’s convenient to move files around but at the Mac endpoints Hazel picks up most of the files and moves it off to other locations

Would you mind pointing me to a reliable resource to explain where to find/download my photo library so I can make sure I have an external backup? I’m not sure where all the photos are (are they on my Mac) or must they be downloaded? I’m not asking you to provide complete instructions–just point me somewhere, thanks!

If you’re using Photos I think you’ll find it at Users/userid/Pictures/Photos Library.photoslibrary
Lightroom, unless you specify otherwise, uses the same path. I assume other photo management programs do the same.

Added: I believe when I used Backblaze I just added the Pictures folder to the backup scheme and left it alone. That way it captured photos no matter what program I imported them into or edited in.

Added: I believe when I used Backblaze I just added the Pictures folder to the backup scheme and left it alone.

That’s what I’ll do since I use Backblaze–thanks! I’ll for my photos that location and make sure it is being backed up to BB. Thanks!

@vsp I have a quick follow-up. When I went into BB to make sure that folder is being backed up I noticed what BB is excluding. The list includes “usr” I assume that does not exclude my ID so that am in fact backing up the photos? NOTE: I just installed and accepted defaults, I did not add to the exclusion list.

Here is what my settings show: 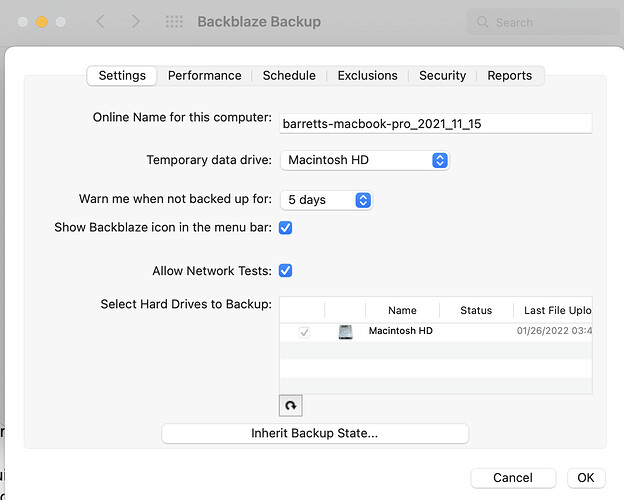