iDOS 2 is about to be pulled from the AppStore. Get it while you can 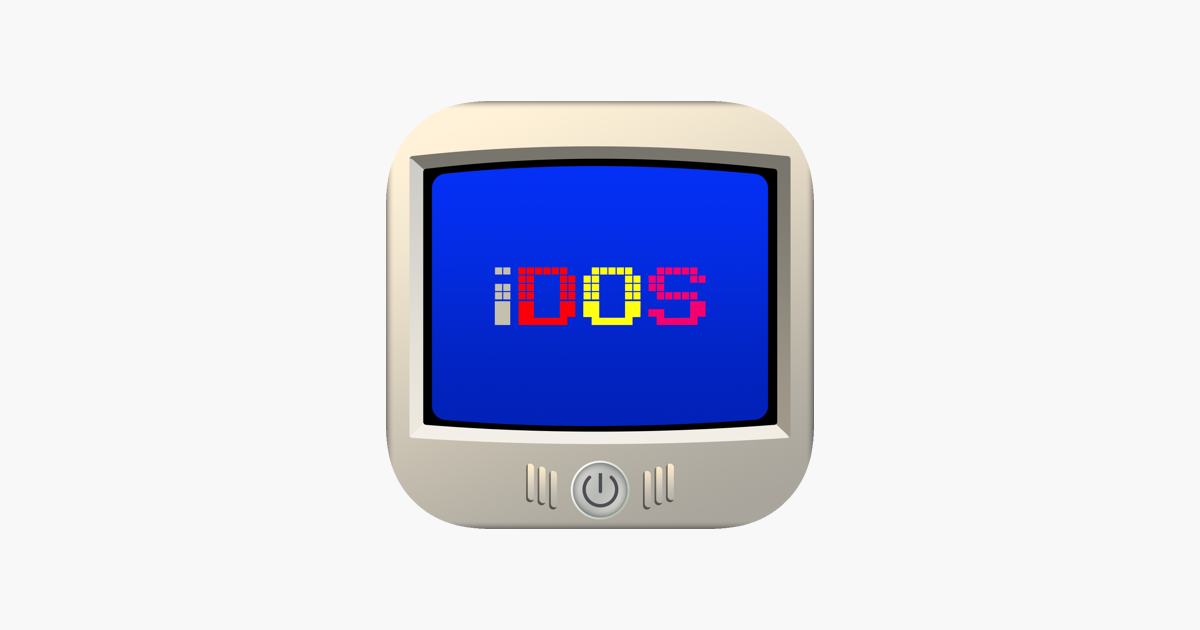 ‎Play classic DOS games on your iPhone and iPad! iDOS turns your device right into a powerful DOS gaming PC, with modern game control to make your old favorites as playable as possible. You can also use iDOS for non-gaming purposes, such as word...

If you are a child of the 80s or early 90s, this enables you to play all of your favorite DOS games on your iPhone and iPad. It’s a shame because he was one of the few developers that allowed M1 macs to download his app for an awesome gaming experience on the macbook air.

Thanks for the heads up! I had no idea that this existes and I just bought it.

It’s so cool! I installed it, copied over my old Turbo Pascal and the source files from my very first “professional” software project from back in the early 90s… and now it runs on my iPad!

It’s so cool! I installed it, copied over my old Turbo Pascal

yep I compile TurboC++ code on my iPad.

Do you think this a signal that some of the other coding apps may be disappearing as well?

iDOS is a DOS emulator and not a coding tool, so I don’t think this indicates any move against development software.

I was reading the link, and started to wonder how broadly this could be interpreted:

Upon re-evaluation, we found that your app is not in compliance with the App Store Review Guidelines. Specifically, we found your app is in violation of the following:

Guideline 2.5.2 - Performance - Software Requirements
During review, your app installed or launched executable code, which is not permitted on the App Store.

Specifically, your app executes iDOS package and image files and allows iTunes File Sharing and Files support for importing games. Executing code can introduce or changes features or functionality of the app and allows for downloading of content without licensing.

Please note that while educational apps designed to teach, develop, or allow students to test executable code may, in limited circumstances, download code, such code may not be used for other purposes and such apps must make the source code completely viewable and editable by the user.

I still don’t know how iSH exists in the App Store. And I think there’s another Linux emulator too. Not that I have any interest in either.

Surprised this even passed App Review in the first place, since all the other emulators (like Delta, Dolphin, GBA4iOS) aren’t allowed in the App Store.

I wonder if the difference is that this is allowing for the running of compiled binaries, as opposed to the saction development tools that seem to be limited to interpreted languages.

those 3 are dedicated emulators for roms… iDOS 2 was just DOS emulator. It could run freeware, shareware, abandonware, OR purchased dos software after the disks are imaged. Nobody is pulling out their Super Wild Cards to dump their owned carts to play in those 3 emulators.

I am a proponent of the iOS/iPadOS App Store and its rules because they really provide the casual user with a reasonably safe user experience when using iDevices.

Then again, there are occasions when you encounter situations like this one where it is totally understandable that a rule like this exists, but… Well… To quote somebody else:

I do not see a solution for issues like that. But it is one of the reasons why I consider a more open experience like on the Mac a necessity for me for my main device. Which basically means that a device that is that heavily limited and locked down because of the App Store like my iPhone cannot be my main device. I am fine with that for my iPhone, but this is one of the main reasons why an iPad cannot replace something like my shiny new Macbook Air.

Then again, the rules are the rules. But…

If and when iDOS 2 is booted from the App Store, it will mark an end to an app series that dates back to 2010. Li’s first iDOS emulator was also pulled before making its way back onto the storefront in 2011. A subsequent version, the current iDOS 2, launched in 2014. 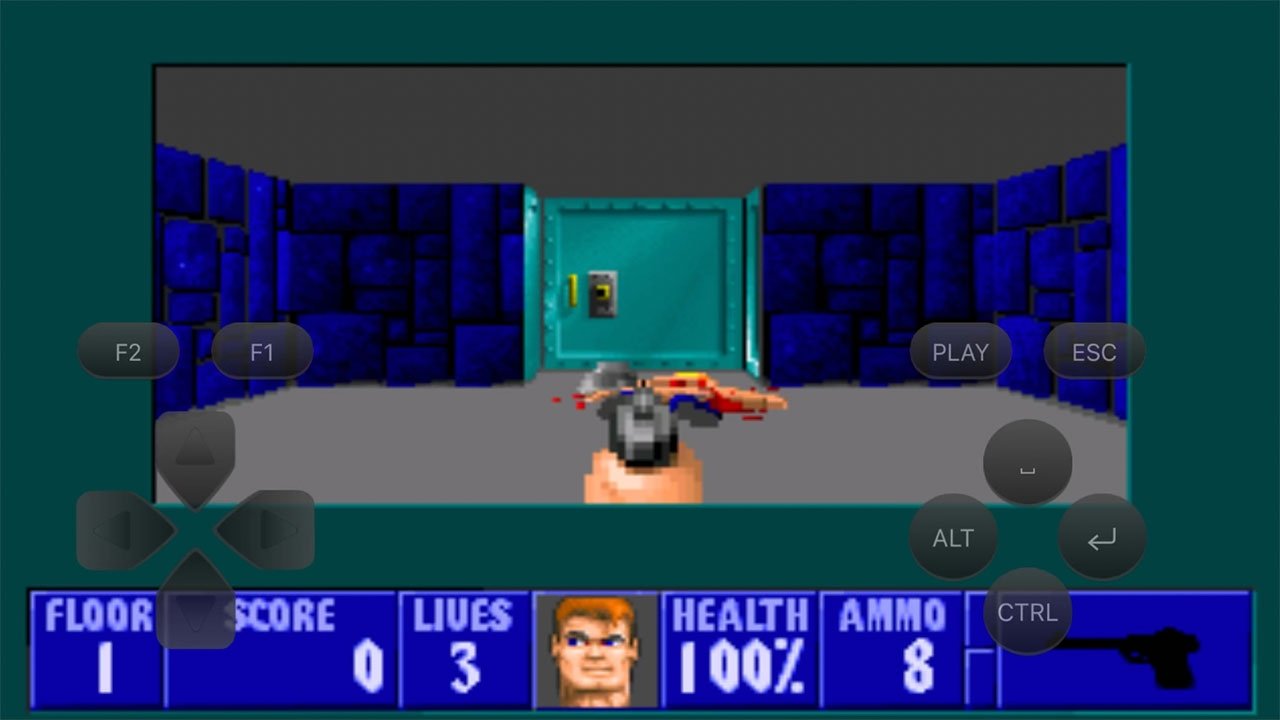 The developer of "iDOS 2," a popular DOS emulator for iOS, on Thursday said Apple will remove the app from the App Store for breaking review guidelines.

That is what I dislike about the AppStore. There is no reliability for developers and customers: everything can be pulled at any moment for many reasons, no matter if an app had been “fine” with Apple previously.

This is something that does not work for me when it comes down to software I rely on. Again, one more reason why it is important to me to have a Mac that allows me to do and to install what I want. With all consequences that come with this option. After all, even if Apple thinks that its decisions are the best for me, there are occasions when they are not what is the best for me.

That is what I dislike about the AppStore. There is no reliability for developers and customers: everything can be pulled at any moment for many reasons, no matter if an app had been “fine” with Apple previously.

This. As stated in the other long winded thread on side loading, I believe that if Apple makes the platform, it should be able to run it as it wants, and if that means no side loading, so be it. However, Apple has on more than one occasion failed to show that its rules were consistent, in benefit of the consumer and of developers. As John Gruber also said, Apple has also called the antitrust scrutiny it’s now facing throughout the world on itself. Its extremism in defending its business model and its, frankly, occasional incompetence in enforcing it is endangering the whole thing, and it’s dismaying to see for a company that’s supposed to be supremely smart. Sometimes Apple needs a reality check against its hubris.

unlike the people locked into app store I was able to continue to use iDOS through it’s incarnations of iDOS and Aemula over past 11 years even when it wasn’t allowed in the app store. Litchie is one of the nicest devs in the iOSsphere and was totally up front with Apple that it used the file system for loading files when he resubmitted it. Apple did not make a mistake. They were fine with it. When Harry McCracken started rubbing Windows 3.1 in their face, that’s when things started happening. Clickbait carnival barkers and hucksters have always been the bane of “gray” apps.

That said, I can almost agree with Apple when it comes to the emulators that use gaming cart roms, however retro computer system emulators for DOS, Apple II, C64, TRS-80, etc. are an important preservation of our history and should be allowed. Remember Best of FTA? That was the Apple II emulator that was perfectly fine in the AppStore until Apple implemented that rule 2.5.2.

iSH faced the same removal threat last year for section 2.5.2. They successfully appealed the case with this article on fixing section 2.5.2.

They pointed out that

Rejecting a drawing application for what the user can draw in it is absurd, but this is exactly how section 2.5.2 is used to reject legitimate scripting applications.

I hope all the attention iDOS2 is getting now at least drives some sales for Litchie. Would love to see it shoot to the Top Paid list for a couple of days.

I’m in doubt whether I should buy an App that won’t get any updates.

Does it run on the current iOS 15 beta?

Does it run on the current iOS 15 beta?

Can’t answer that. I don’t beta test for free.

Coming Soon to a Mac near you:

that is good news.

hopefully everyone knows to back up the .ipa with iMazing.