I am a long time faithful user of many Apple products. I have a MacBook Air (2018 Retina), iMac, iPad, iPhone and Apple Watch, as well as several HomePods and the AirPods (Pro and normal).

Yet, I have decided to cheat on Apple with… reMarkable. This remarkable (see what I did there?) device is an e-ink device, that Apple should make, in my opinion. The iPad is fantastic in many, many ways, particularly for me as a consumption device. But, for note taking, it has always lacked a bit. Despite all my love for technology, I still find myself reaching for a pen and paper when wishing to take a quick note, or doodle a diagram.

The reMarkable allows me to combine the feel of pen on paper, with the advantage of digital organisation.

How well does this work vs an iPad with GoodNotes or ZoomNotes ?

I’m interested to hear how you like it after the honeymoon period. I’ve considered them, but haven’t pulled the trigger.

I saw one of these at a conference recently and it was gorgeous. There’s something nice about the design being so purposeful.

Like @JohnAtl, though, I’m interested in the long term experience. Do let us know what you think of it after a few weeks! I beg you.

And a more specific interest: what do you do with the notes? What format are they in? How’s the sync experience?

It would be an awesome Kindle reader. Perhaps one day…

I too am curious about what you think after a few weeks and a few months with it.

Good luck (and don’t forget to report back)!

Differently. The main purpose is to give a ‘writing on paper’ experience. You can store over 100,000 pages in the device.

One way I am hoping to use it, is that notes can emailed as PDFs, so I should be able to send them to my Evernote for archiving.

Notes can be exported/saved as PNG, PDF or SVG format, using the mobile (iOS or iPad) app, or the Mac/Windows apps.

Apologies but I am really not buying into the hype of having one device doing one thing. For instance I have ditched my Kindle for reading on my phone and actually find I’m reading more, not less. I like having one device that does everything. I find that if I am not doing what I decided I should be doing on a given device, it’s because I am not using it intentionally enough. So working on this, and on a clear definition on what I’m trying to achieve, feels to me much more useful in the long run, instead of trying to curb my OCD with curbed devices. But that’s just me

I’m very distractible, so the friction of needing to change devices is helpful to me.
It’s probably part of the reason why reading and taking notes on paper works better for me too.

So, every few months, I go to the reMarkable web site. Watch the video. Get interested yet again. Add the device to a cart. Think about it. Then close the tab and move on.

Note taking on iPad pro works very well most of the time. If I want paper I can buy a lot of notebooks (with real paper) for the price of the reMarkable.

I solved it by using my iPad for meetings and work while always having a pocket notebook to write down ideas or when it it is easier than using a big iPad. Or when I just want to write with a pen on paper for a moment

(I really am OCD)
Which is why I have decided to actively manage it… You could say it’s the reverse of your approach – if I’m not doing what I’m supposed to be doing then I need to address my attention problem (which needs to be managed on a regular basis).

This looks like a really cool solution - kind of what I got my iPad Pro for though. The flexibility of the iPad will keep me firmly in that camp… for now.

For what it’s worth, I added the linked product to my iPad in hopes of getting a more paper-like feel. It does feel better than using the Apple Pencil on glass, but didnt result in my using my pencil any more. It’s still just that thing with an always-dead battery attached to my iPad. 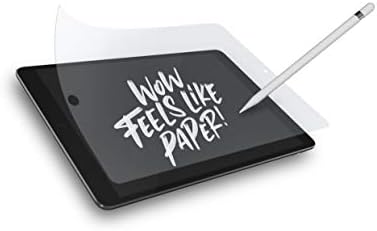 There are ways of reading Kindle books on non-kindles

Thanks for your review! MyScript Nebo works well for me for note taking on my iPads. Love the immediate text from my script and the ability to have my handwritten equations automatically calculated. Also able to sketch. Exporting is a breeze. Snagged an iPad mini just to go “paper free” and love not having an Arsenal of paper notes in tow. (Also have 2018 iPad Pro, MacBook Pro, iPhone 11 pro max, Apple Watch and AirPods pro…love me some Apple.)

Well that was a short-lived affair!

First the positives. Love the pencil on paper feel of the reMarkable, it really is that good. As long as there is sufficient ambient light the screen is nice and clear, easy to read. It is very light, at 300g it is as light as the iPad Mini, yet twice the size. Great that the pen does not need to be charged, ever.

Then the negatives. There were only two, for me. One was the lack of a universal cut and paste, making it impossible to take some content from one document and copy it to another. This might be solved in time with an update, as they do appear to be good at improving the devices software. They have just released a major v2.0 OS update, which appears to be very good.

But the big one! The one that made me return it after only a few days, is the speed of the device, or rather lack of. I am used to the responsiveness of an iPhone or iPad and in comparison the reMarkable is like wading through treacle. When actually writing with the pen, it is fine, it is when browsing the device or typing in some text on the onscreen keyboard, it is frustratingly slow!

There are rumours of a version 2 device that has already undergone FCC testing. If this has a faster processor, then it may well be worth revisiting. Otherwise, I will stick with the iPad.

@simonamaclean, your v2 has been announced. 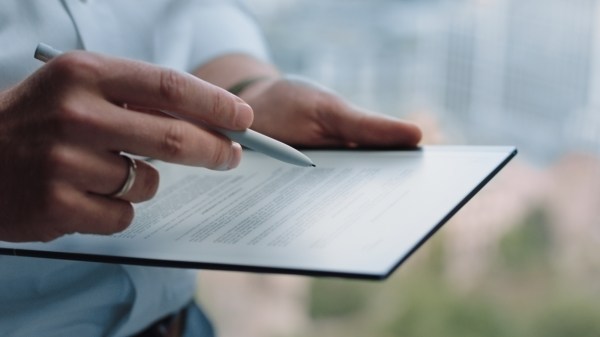 It's no secret I'm a fan of the reMarkable, a tablet with a paper-like display that's focused on text and sketching rather than rich media and games. The sequel to the original, announced today, looks to make a good thing even better.

Neat to see progress on this thing, although I think the lack of real integration with other platforms still limits it for my use.

Yep, my order is placed!

Perhaps this time, with a faster processor, new software, hardware redesign and (slightly) lower price it will do for me, what I hoped it would the first time. Fingers crossed X