Increased Brightness on MacbooK Pro or Pro Display XDR? Is this Real? Safe?

Is it safe for the display? 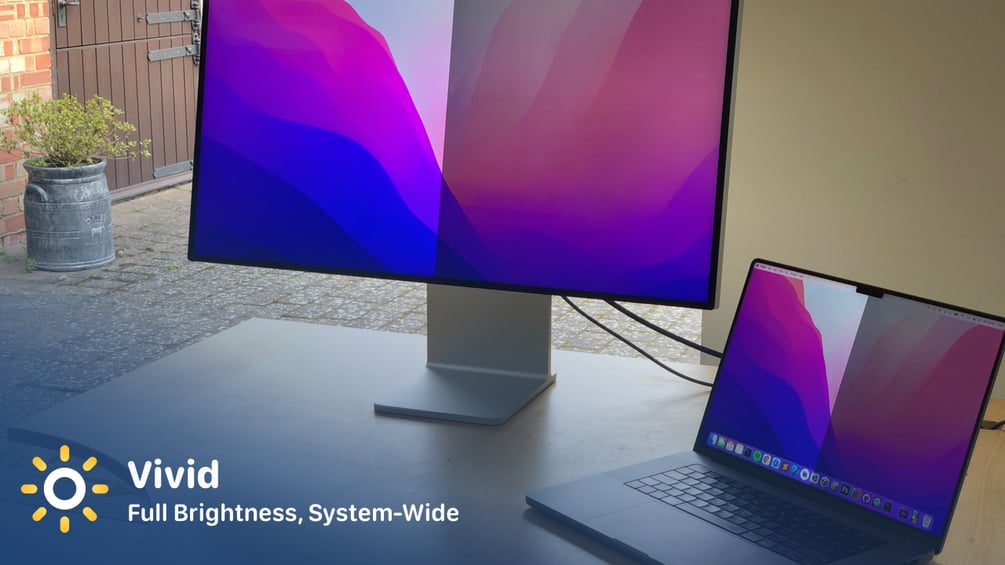 Vivid doubles the brightness of your displays, system-wide!The new MacBook Pros and the Pro Display XDR have displays that can go up to 1.600 nits of brightness. By default these levels of brightness can only be reached when watching HDR videos or by...

I use my MacBook Pro a lot. When I bought my 2018 MacBook Pro I loved the screen and turn the brightness way up which looked fantastic.

A few months later I noticed that my eyes were acting quite weird, and I realized it was most likely this fantastic super bright screen.

It was suggested to me that the screen brightness and contrast should match the same basic lighting as everything else in your room under normal lighting conditions. For me that meant I turned down the brightness considerably which of course it’s not as much fun to look at but I believe is better for my eyes long term. (not sure however)

I can’t be 100% sure, but I would guess that this is safe. The screens are designed to use in color grading, where big chunks of the screen could be 1600 nits for non-trivial amounts of time—and this only pushes to 1000. Beyond that, Apple’s iPhone displays tend to forcibly lower brightness if the screen reaches a certain temperature; I’d expect MBP screens to do the same. Obviously you can expect your battery to tank while doing this, though.

I’m eager to try this next time I’m working outside.

I would have to speculate that it is not safe on the basis that they’re so nonchalantly advertising double the brightness. When you look at overclocking, or apps that boost your Mac’s volume like Boom3D, or even outside of computing like driving over a posted speed limit, since when is double safe? Safe is tiny increments.

I don’t know if it’s safe for sure, but what I do know:

There was this short thread (3 posts) recently about a similar app:

As you may know, the new MacBook Pro display is capped at 500nits for non-HDR content. Recently, Lunar gained the ability to break past that limit, up to the max 1600nits, so you can enjoy working on your laptop in the sun: Lunar v5.5.1 Changelog Lunar is a macOS app for controlling every aspect of your monitors: brightness, volume, input switching, contrast, colors etc.