Not sure how many people are still using PdfPen or pro. I used to love it but seems that development has remained stagnant since Nitro took over from Smile ? 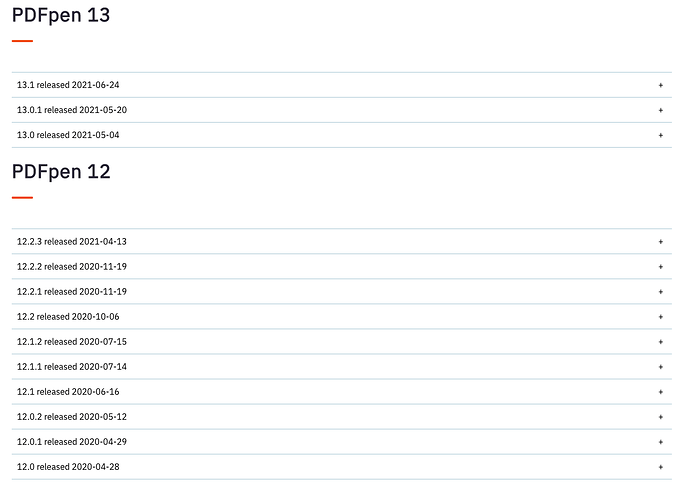 I will keep using PDFPen Pro 13 until it doesn’t work anymore but Nitro will not get any of my money.

Nitro will not get any of my money.

I would agreed with you. I am not holding my breath for new features until they ask for a lot of money to upgrade to version 14.

I don’t know, but my PDFPenPro is acting really funky. Not rendering pages clearly, then freezing, to the point of not being able to quit, so have to force quit…over and over, all day… Are you noticing any issues like this in the past 2 months?

Are you noticing any issues like this in the past 2 months?

I do not have huge issue running the current release (pro 13.1), but it is not as smooth as pdfexpert espeically on large pdf file. Maybe it is trying to do too much …

There was no update available when I checked for updates from the 13.1 “Smile” version but there’s a new version at Download - PDFpen

It installed as a separate app, but I was able to use my older v13 Smile registration code ok, so I think it’s just the branding that they’ve changed.

… and is available on SetApp, FWIW…

Thanks for letting me know that Nitro PDF Pro is available on SetApp. Going to give it a try since I removed PDF Pen Pro a while ago because it wasn’t behaving well and I could see the end was in sight. I wanted to see if Preview could do everything I wanted.

It installed as a separate app, but I was able to use my older v13 Smile registration code ok, so I think it’s just the branding that they’ve changed.

thanks for this update. I installed and also used my pdfpen pro 13 license.

There’s a rebranded iOS app too but it’s a new purchase.

The old Smile Software version has been removed from the iOS App Store.

…and I reached out to them about that, and I was told that they were “working” on an upgrade path for existing users… I have fallen in love with PDF Expert, so haven’t checked to see if my previously purchased copy of PDFpen 6 still works or not…

I just got an email that PDFpen will be removed from SetApp starting May 31. SetApp recommends Nitro as the replacement app. I guess I will have to give Nitro a try then…

I just downloaded Nitro PDF Pro, and it looks EXACTLY the same as PDFpen. Did Nitro continue the PDFpen app?

I also received this e-mail.
I notice the Nitro version correspond to the PDF Pen Pro. So now we can use the Batch PDF Option. 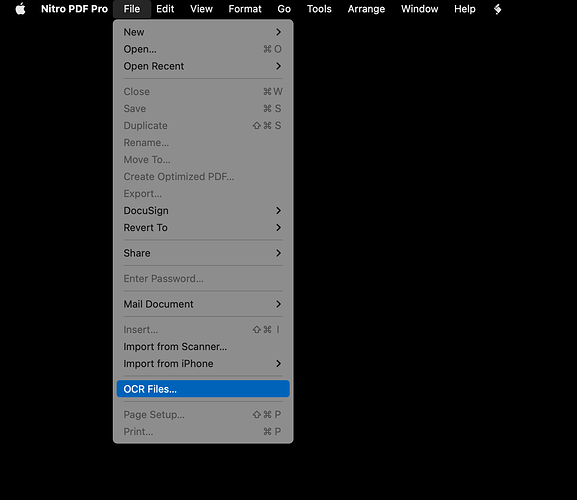 Did Nitro continue the PDFpen app?

Nitro bought PDF pen from Smiles software, see this article and many more from the Internet

The in-app “check for updates” doesn’t seem to be working as it says that 13.2 is the latest version.

Nitro have released v13.3 - changelog here. They don’t seem to update the release notes on the pdfpen.com website, but do on their main Nitro website.