The Affinity 50% off sale (Photo, Designer, and/or Publisher) has been extended to 6/20. It now also includes their various option packs and bundles but not the Workbooks. (Maybe next month?)
https://affinity.serif.com/en-us/store/

PDF Converter by Readdle is free on ios

Update: Per conversation following, want to make sure you know that Parallels is a one-year license and that continuing after a year requires a subscription. That may or may not affect your decision to buy, but good to be aware of!

Beware - make sure that Parallels is actually a permanent license, rather than one that expires after a year. I was nearly bitten by that in another bundle, realized the issue just in time.

Is there much difference?

You might need a new version every year because of a new macOS release?

(Currently also having a license and upgraded a few times)

make sure that Parallels is actually a permanent license,

If you look at the “Specs” for Parallels for the Stacksocial offer mentioned above it says:

In other words, buying the offer from Stacksocial is signing you up for a Parallels subscription that you have to cancel. That’s a bit underhanded, maybe. I use Parallels extensively for business, but unless that’s your use case an subscription makes little sense.

A bit tricky from the website. The standard version of Parallels is $79.99 while the “Pro” version is $99.99 per year. The Pro version does have some extra capabilities, mainly supporting more cores. Upgrades are $49.99 for either. I don’t understand the upgrade price for a subscription unless that means you have the non-pro and are upgrading to a subscription to pro.

The Stacksocial bundle seems to be of the non-pro version, for which they say it will be $79.99/yr after the first year. This really makes no sense because you can just then buy the non-pro upgrade for $49.99 one time!

Ignoring all of this. I find that my old copy of Parallels Desktop 11 still works fine on Catalina. Last year I had bought a copy of version 14 on sale ($37.49) thinking that for sure I’d need it for Catalina, but not so, and I never installed it.

Traditionally I found that whatever the current version is will work on the current and next macOS version, so I only had to buy every other year. I’ve used Parallels Desktop since it was first released, and having it basically allowed me to switch to the Mac many years ago when the Mac went to Intel architecture and I could then run a Windows VM for some apps that were Windows only.

To qualify for the discount, simply enter the coupon code “Typinator15M” during the checkout process.

The coupon code is good for all purchases except upgrades and site licenses.

I have all of these and they are solid utilities. I’ve long preferred Typinator to TextExpander mainly because its interface and snippets composer features are much easier to use than TextExpander. Typinator is macOS only and the owner has been often said it will remain that way.

You might need a new version every year because of a new macOS release?

Yes. Parallels is probably due to release a new version (based on previous track record) in September-ish, to go with the new OS version.

If you’ve purchased Parallels, even if you purchased it just a month or so ahead of the release of the new version, you’re screwed. They won’t give you the new version. Their take is that you bought a fully functional version, and they don’t owe you anything more.

This actually happened to me and they stuck to their guns even though they clearly stated - on the page where I bought Parallels - that Parallels would be compatible with the future version of MacOS. They said that it was currently compatible - but I wasn’t entitled to the upgrade. I’d have to give them $49.99.

So…they’re trying to push people into the subscription model.

If you’re one of those people who’s going to stick with Mojave / Catalina / etc. for the foreseeable future, the purchased option is the way to fly. If you upgrade your OS every year, honestly I recommend Fusion instead of Parallels.

If you’re someone who for whatever reason(s) routinely jumps on, say, a new Linux release, you may find yourself needing to upgrade Parallels to support it.

Temporarily free: Shiori Web for iOS/Safari acts as a web bookmark, returning you to the place on a webpage you were previously, and even the playback position of video you were watching, including YouTube.

Yesterday SnipNotes for Mac just dropped to $3.99 from $5.99 so I jumped, and I liked it so much I’ve already moved a third of my Apple Notes files to it and may end up using it as a Notes replacement 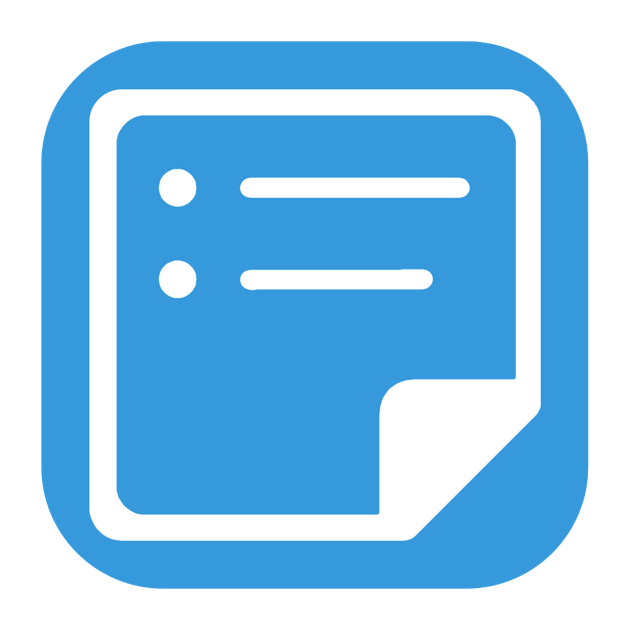 ‎SnipNotes is your clever notebook on the Mac, iPhone, iPad, and Apple Watch. Capture new ideas right in the menu bar and create rich text notes with images. Quickly add content from other apps with Drag & Drop or save your clipboard... It has a menubar quick-note feature, search is powerful, and it has an URL scheme. You can search via Siri.

The iOS app is free but if you want iCloud sync there’s a $3 unlock. (There is a free trial of the unlocked version in the iOS.) iOS app has drag and drop, and there’s an Apple Watch component as part of the iOS unlock.

The Wiki for the app (a Notion.so database!) is here.

I’m pretty impressed with this app so far.

I love SnipNotes and use it on all my devices: Mac, iPhone, iPad and Apple watch. Anything I need to capture (thoughts web page URLs, phone numbers, addresses, etc.) goes into the SnipNotes inbox until I have time to act on it – the badged icon is a great reminder – and it’s immediately available everywhere. Notes with an address automatically get an embedded map and any note can be sent as a text message or an email, or used to create a reminder, with one click. Excellent Siri integration and the Apple Watch app is one of the best out there: You can quickly create and search for notes with dictation or save your current location. The developer is constantly making enhancements and provides great support.

I’m finding the design to be subtly better than Apple Notes: I love the document counts, and the ability to see which items are unfiled - something missing from Notes which had me occasionally lose track of things if I didn’t immediately put them in a folder.

I’ve bought a number of Mac/iOS notes apps over the years but so far this is one that I think I can stick with.

One issue I found is that there isn’t yet a global preference to not insert an Apple Map inside documents with addresses in them. There is for iOS but on the Mac it’s a right-click option per document right now. I contacted the dev and he replied a few hours later saying he’d add it to preferences in a future update. Now that’s service!

There are so many “notes” app that I am forever looking for the best one. At this moment, I’ve settled for Evernote mainly because of its menu bar quick note feature, which I see SnipNotes has one too. Tempting! But, Evernote is also cross platform, i.e. I can also use it with Windows. It’s interesting to see these new apps coming up!

Messing around with SnipNotes is fun. Writing my iMac I can set it to take a picture with my phone. Click, approve image on the phone and the picture is in the Mac document I’m working on. Smooth execution is the deal here.

The Mac app requires a $3 purchase, the iOS app is free but requires a separate $3.99 IAP if you want to sync with the Mac app via iCloud. (The iOS app starts with a 14(?)-day unlocked free trial.) So it’s $6.99 total, the same amount I paid a year ago for the Mac & iOS versions of FSNotes, which I liked but wasn’t quite as polished as a strict Apple Notes replacement. (FSNotes actually can do a lot more, but more clunkily, and it crashed very occasionally on my Mac.)

Ahh much more precise… Thanks. Paid for the Mac version and am poking around … being able to use limited markdown is "“interesting”

back to the assigned conversation …deals of the month