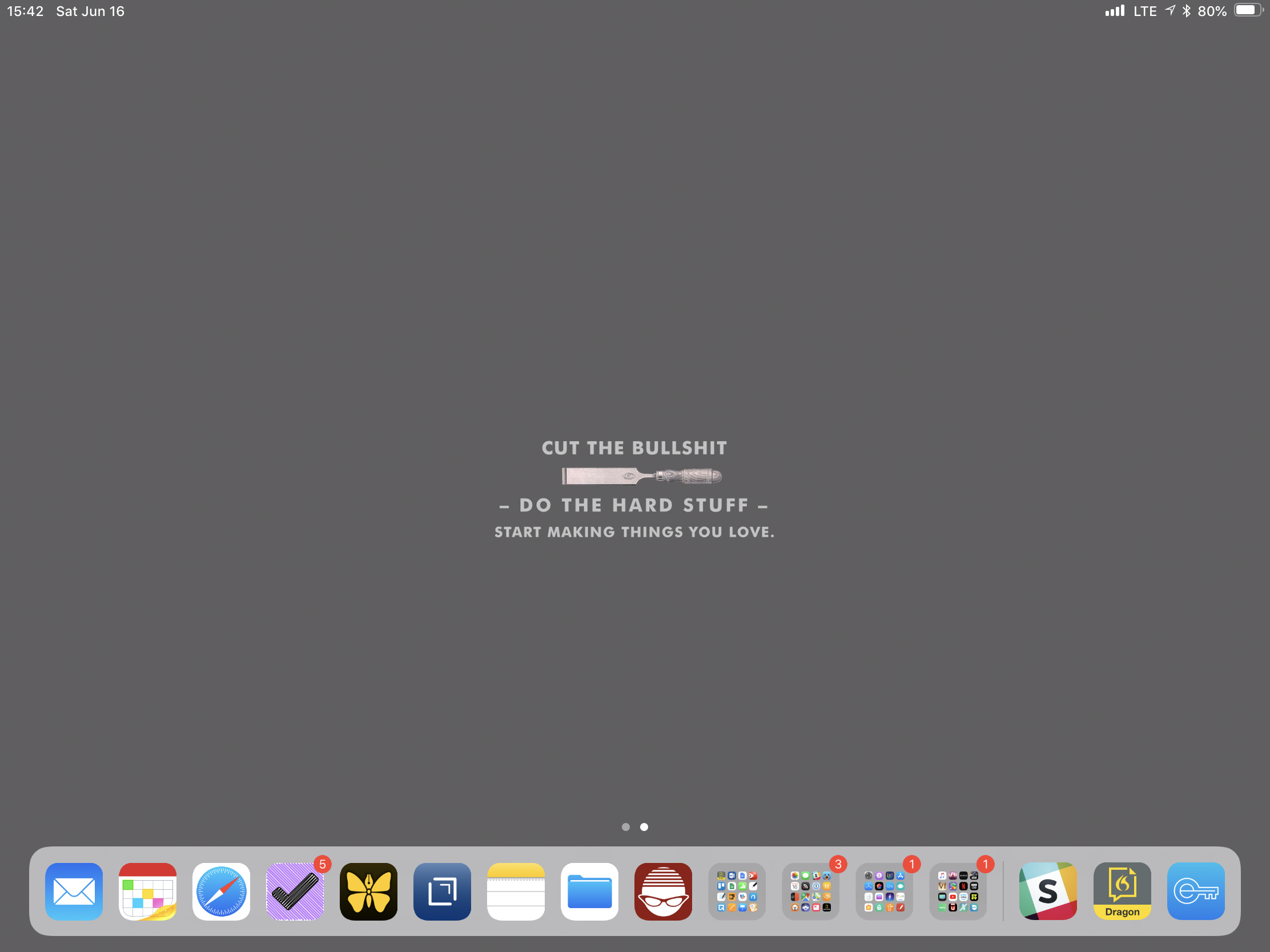 Every since iOS 11, I’ve been using the dock as the launching place for all of my applications. You can put folders on the dock so, with a little planning, you can pretty easily put all of your apps on the dock. The big advantage of this is multi-tasking. Putting apps off the dock means you can put them on a second screen without quitting to the Springboard. Apple didn’t fix this with iOS 11 so it looks like my home screen is going to stay this way for the next year.

The four folders are the same I use on the iPhone: Make, Learn, Fix, and Play. I always instinctively know where my brain sorts my apps in those categories.

I’m usually not the type to have inspirational quotes around but for some reason this quote, from an old Merlin Mann interview, resonates with me and having it look at me when I can choose between content creation and consumption seems to help.

There aren’t many surprises on my apps. Right before I shot this screenshot I had Apple Calendar as my primary calendar app for a few weeks just to try it and I was ultimately happy to get back to Fantastical. (One nice features of iOS 12 is that it puts the current date and time at the top left of the screen. Some people are cranky about that but I think it’s a swell idea.)

I haven’t written much about Gladys, my shelf app of choice. I’m going to cover that in more detail on MacSparky soon.

It’s a little embarrassing that bunch of my apps are badged but I’m writing this on Saturday afternoon after a chaotic week so that’s just the way of things once in awhile.

Apple Notes is another oddball. I know most of the cool kids are using Bear these days but I’m not a fan of the way it smacks you in the face with markdown syntax and Notes has been really stable for me. (I also like its iOS and media integration.) On the flip side, Bear is a great app with excellent automation support. I sticking with Notes, at least for now.

So there’s my current home screen. Why don’t you share yours?