Mail Pilot, which originally came out 7 years ago, just revealed its new UI card version, which seems a bit like a supercharged Unibox. Company has been working on it for a couple of years (v2.0 was pulled from sale in late 2017). Their privacy policy looks good, so does the app. I can’t see anything about the pricing, but they had a pre-release price listed a while back for $20 for the Mac app. It has also been discussed here:

If this new Mailpilot represents the new “Neumorphic” look then count me in as a fan. I like the absence of clutter and the highlights. [5e0e692477ff447fff656f6c_ScreenshotSimulated-p-1600] I’m currently using Airmail which entices me with the baubles and what not but email is becoming a chore to integrate into any workflow that I see value in. I’m going to take a test drive and see if the functionality is enhanced by the more simplistic interface and does it provide enough integration with …

I still like it and wonder how long an iOS client will take…though it is IMAP so it really depends on what device I need to do the most processing on…mobile or Desktop/Laptop.

Thanks. I missed that. I’ll be interested to see how well it handles previously-created user folders, and search - two must-have features for me.

As I mentioned it resembles Unibox a bit. I own Unibox on Mac and iOS and I occasionally pop into it because it’s super easy to select all emails from a single user and perform actions on them, which I need to do from time to time. But that app has a lot of limitations and hasn’t been updated in 18 months, so I could never use it for everyday use. Mail Pilot looks much more powerful and capable.

Update: when the service/apps become available pricing will be $4.99/month. Because it doesn’t access the contents of your mail search is apparently only available based on subject-heading. Not sure how that search limitation could work for me.

It’s going to have to be a damn good app for 60 bucks a year.

Not sure how that search limitation could work for me.

You as well as many others. Full search is essential for the average user and after the
early adopters bump the service the next wave of users need to have as few limitations as possible
or that $4.99 will be a mental anchor ready to be cut loose.

Mail Pilot for iPad, now out. 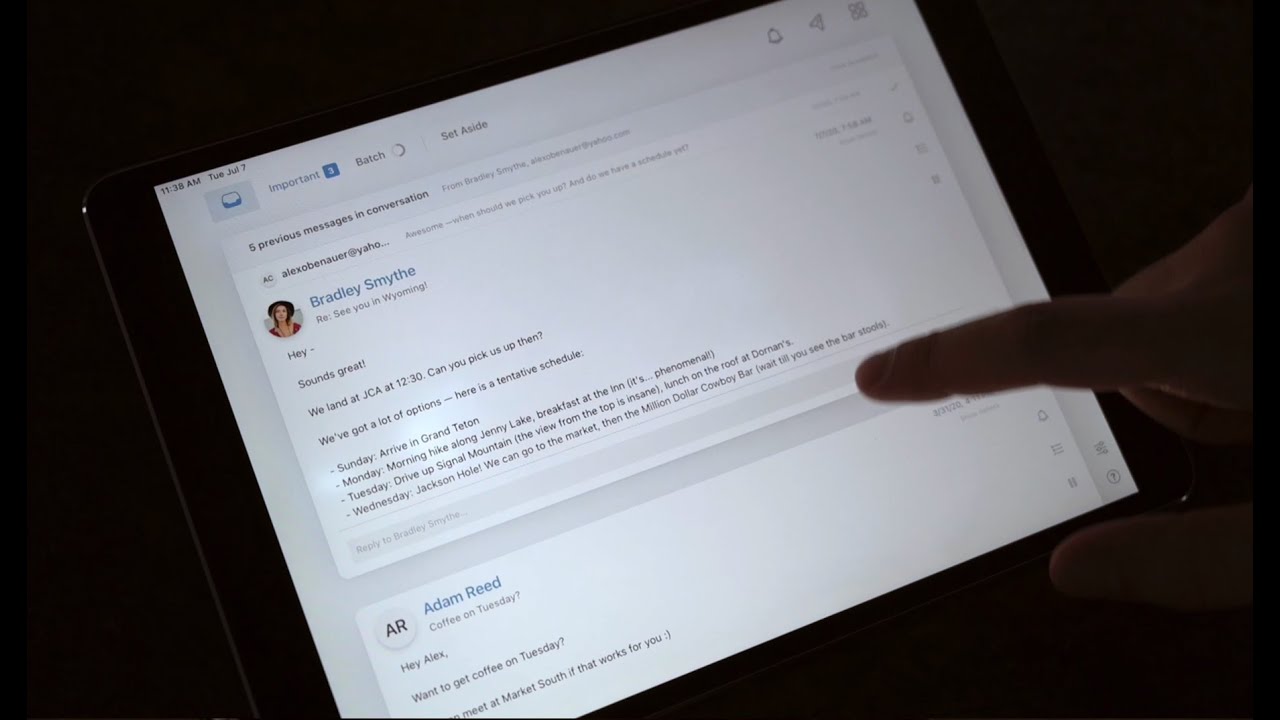 Very interested by what they have come up. I’m currently happy with Airmail but I’m always interested in more email mojo.

…search is apparently only available based on subject-heading…

Which would make it useless for me.

Can’t find it in App Store. Can you post a link?

It doesn’t seem to be out yet, or at least the website doesn’t mention it.

The new Mail Pilot is coming

I have done this, no news.
It’s not out yet, because it’s still in a closed (probably testing) environment.
It will probably come out soon though.

They’re moving deliberately to release, otherwise they wouldn’t have put out that video teaser the other day.

Also, the CEO posted this to medium this week:

Yes, I know — that sounds terrible. But stay with me…

Got an invite code.
Right away, I’m asked to subscribe on a plan before I can even download and test anything, and enter my credit card details.
Not a chance in hell.
I know the first week is free and I can cancel, but configuring and trying email software already has enough of a switching cost. Let me download the software, try it for seven days and please, do deactivate it if I don’t have a paid plan, but asking for my payment details up front is a really dumb commercial strategy, and a huge failure when facing Hey.
Thanks, but I’ll pass.

Thanks. I never join betas for anything - I’ll let other guinea pigs jump the gun and walk the minefield ahead of me. (Enough metaphors for ya’?)

I tried the beta. It is really a beta and I don’t think you should pay a subscription for testing it. However, the client itself looks very promising and if its development continues in its current course, I will probably switch from MailMate since Mail Pilot seems to just better fit my workflow and quickens my work with emails while looking great. But there is no roadmap …

There is no image (tracker) blocking, main compose window is basic without markdown, I had trouble loading my email signature and I miss support for working with attachments and emails outside MP (hopefully some kind souls will make some actions through URL schemes).