Make Your Mac's Touch Bar EXTRA Worth It (Tips & Apps)

After watching this video, I realized how underrated the Touch Bar is (especially all of the tips that I didn’t know about). To top it all off, it’s adaptive and responsive. 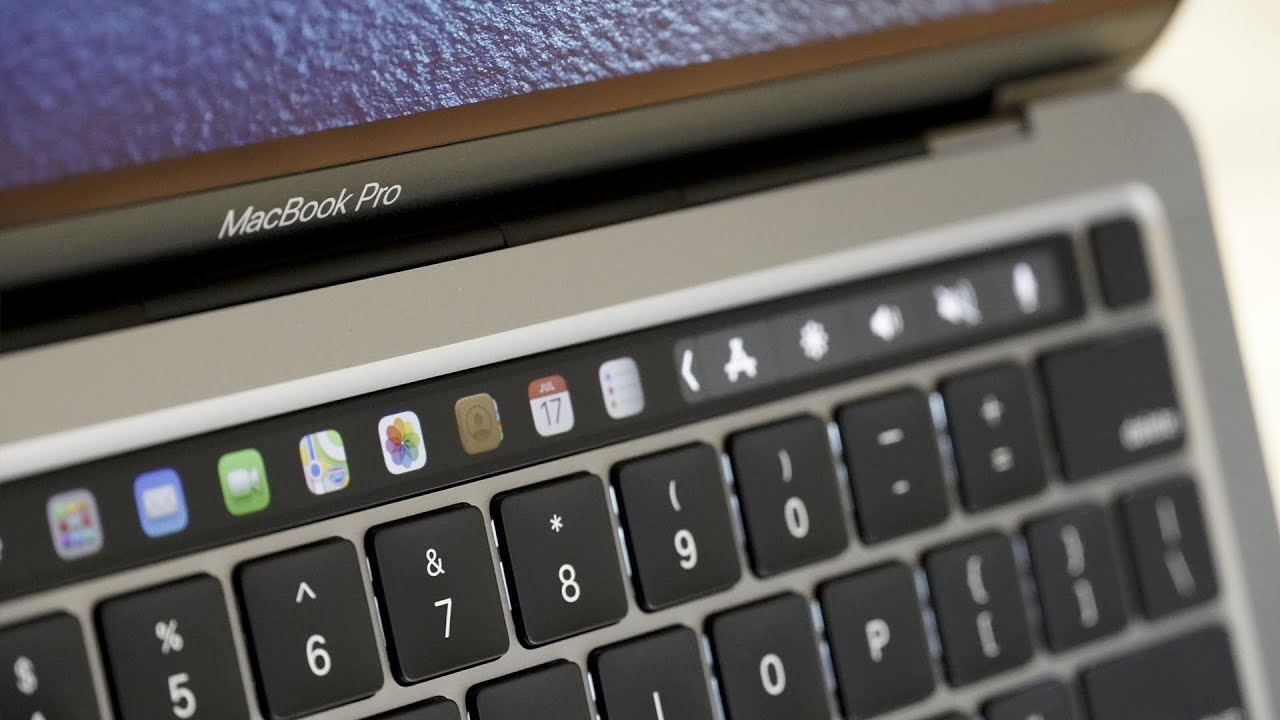 I am convinced. Brett Terpstra on a recent MPU started me off. This consolidated it. I actually never used the F keys much anyway. Is that common? I just set it up as this video recommends, I had no idea, I had sort of tried it but obviously didn’t understand it…

I actually never used the F keys much anyway.

What’s great is that you can just hold down the “fn” key to bring up the function keys on the Touch Bar (and vice versa if you mess around in settings).

How to use function keys on MacBook Pro with Touch Bar

To access function keys (F1–F12) on the Touch Bar of your MacBook Pro, hold down the Function (fn) key at the bottom-left of your keyboard.

I’m looking forward to seeing what this video has to offer.

I’m mostly indifferent to the Touch Bar, but have heard smart people (David and Brett mostly) speak highly of it, so I’m curious to learn what I’m missing.

I do wish Apple would seem to care more about it and spend more time developing.

I use a Stream Deck at home or in the office, so I tried to set up the Touch Bar to replicate as much of that as possible, for when I’m on the go. Most of the buttons tie into Keyboard Maestro macros, and do things like filter notes in my firm’s case management software by different tags, defer emails a specified number of days, jump to Things and do a global search, copy everything after the cursor in Drafts and paste it into a new note in our case management system, etc.

I’m the camp that dislike TB. Though haven’t looked at TB since I bought external monitor, keyboard & mouse. Biggest peeve is auto dimming of TB which is extremely distracting lighting up & down. Couldn’t find any app to turn off auto dimming.

MBP owners show us how you use your beloved TouchBar. Here are a couple of my configs with BTT: Default [default] Dropbox | Moom | Set window to left 2/3 of screen | Set window to right 2/3 of screen Finder [finder] Toggle Sidebar | Select a Folder in Alfred | Fix Finder Columns | Toggle Preview Note that two of these buttons aren’t Finder features st all - they’re calls to Alfred workflows. This ability to add related (or totally unrelated if you like) functions from apps other than the …

Nice video. The tip to get rid of Siri from the Touch Bar worth the viewing. So obvious, but not. And the haptic feed back settings in BTT are good.

It probably has to do with ambient light and white-point, not to mention the keyboard backlight level.

It’s timed kind of similar to backlight of keyboard. touch bar dims after a while which is distracting

A major problem with the TouchBar is that to use it, I have to take my eyes of the screen.

Also, I don’t use the TouchBar because most of the time when I’m using a MacBook, I’m using it with external keyboard and mouse.

If Apple or a third party came out with an external keyboard with a built in touchbar, I might try it out.

Ah yes, that is the problem! I hadn’t diagnosed it. I am fortunate too in that I had the time to learn to touch type a few years ago. I think that was why I didn’t use the F keys much either now I think it through.

A major problem with the TouchBar is that to use it, I have to take my eyes of the screen. 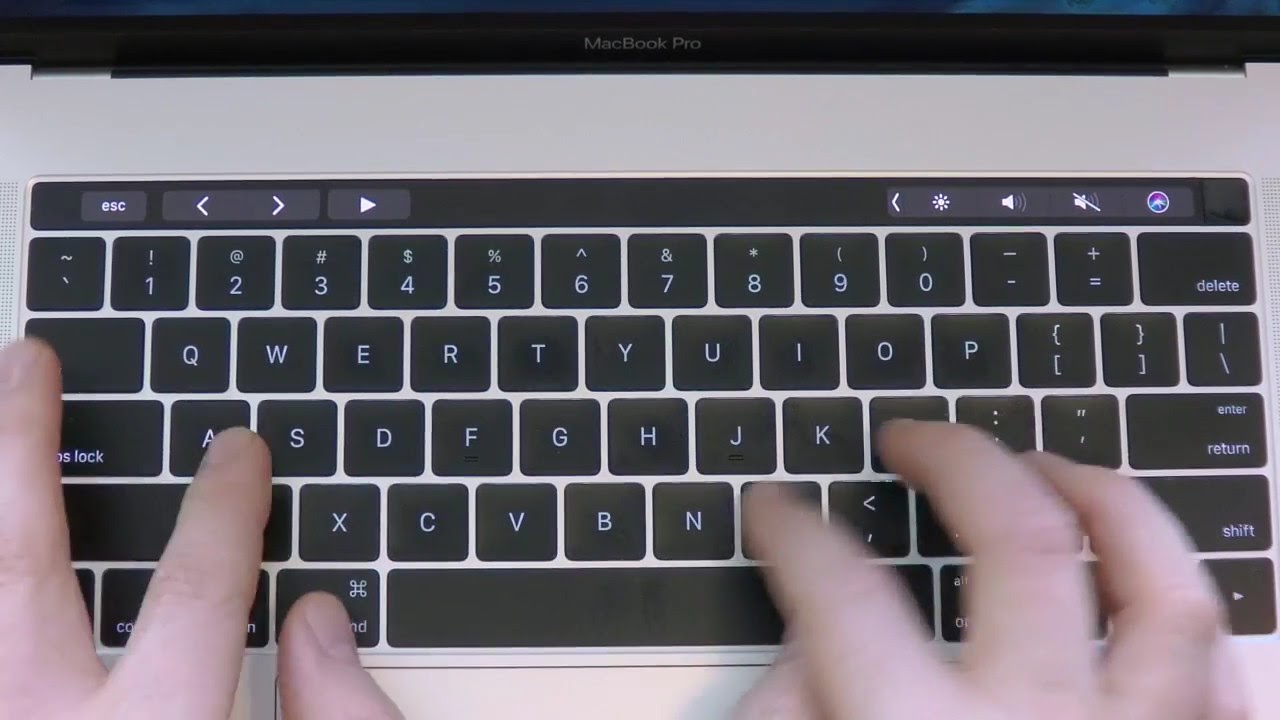 I tried BTT when I got my 16" MBP and loved it. But as I use TB more and more with specific apps I find it a nuisance since it’s always the default.

Since I have RSI, I find using the touchbar more convenient than using keyboard shortcuts and navigating your trackpad or mouse to a toolbar to click on a function.

I just wish there’s a way to customize touchbar per apps. Perhaps next MacOS they’ll upgrade the tb again. It’s my most used feature on my Mac and I don’t think I can’t live without it.

I just wish there’s a way to customize touchbar per apps.

Cant you do that already in certain apps that allow it?

Maybe there’s a tool out there that would solve your problem.

Personally would be happiest if Apple just made it an optional feature. All of you people who like it can continue to pay extra for it and those of us who hate it with a passion can pay less. Hell, I’d pay extra to get rid of it.

I would rather not pay extra for the Touch Bar.

Why do you dislike it?

I’d pay extra to get rid of it.

I would rather not pay extra for the Touch Bar.

You are already paying extra for it, the base price was boosted something like $500 when they added it.

Why do you dislike it?

I find it completely useless. I’ve tried Better Touch Tool. And it is annoying because of accidental input and having to look at the keyboard to access any of the features. I only like touch screens on phones because there isn’t anything better. Real keyboards are better than touch surfaces.

I am having doubts again. I have on touch bar in front of me all the tabs on Safari. I far prefer using cntrl + 1 etc. to move between them. I have used dictation button once today… meh. So I remain unconvinced, I am going to keep going mainly because Brett Terpstra I find insightful.