Will Windows 11 persuade anybody to switch over from macOS? Microsoft will unveil 'the next generation of Windows' on June 24

Microsoft has announced an event taking place on June 24 where it will unveil the next generation of Windows. The event will be online, and begin at 11AM Eastern Time. The company is expected to unveil a new user interface and feature set for...

Probably not, but we will have to wait and see!

No, but I’d take this though. Haha. 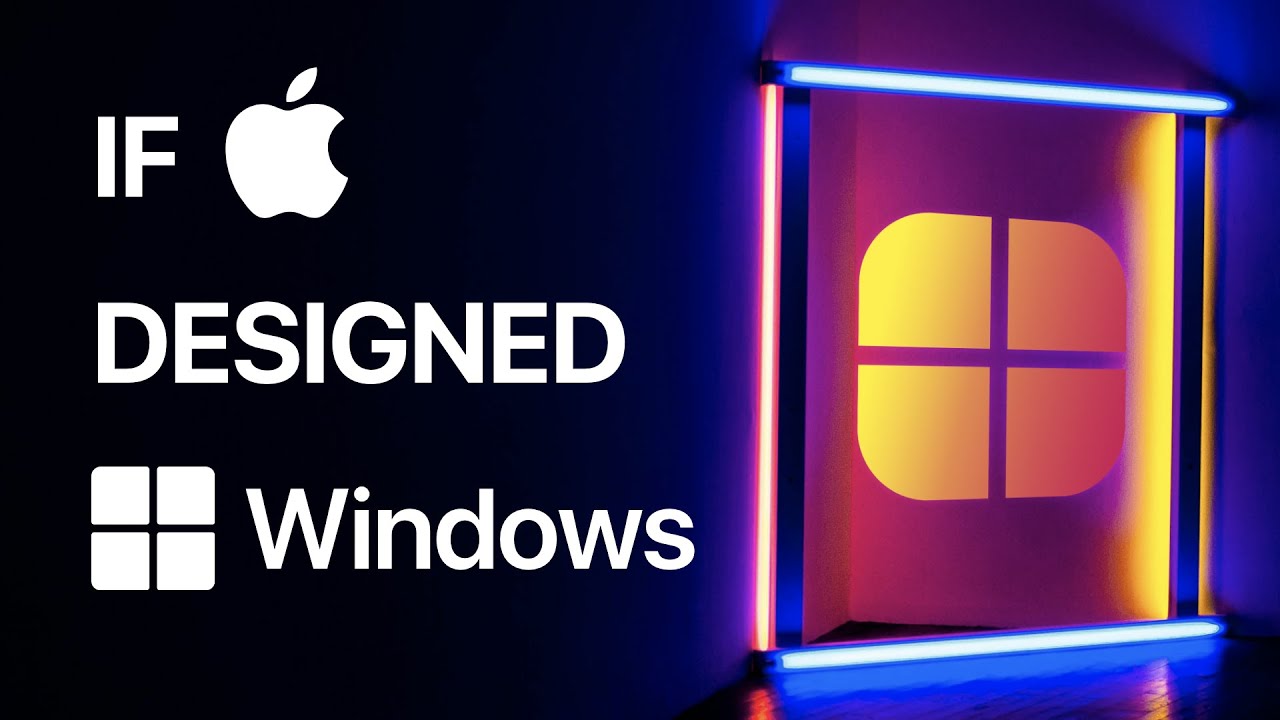 I like Windows but I felt like there isn’t the same drive by developers to follow the vision Microsoft had, like there is on macOS. But that’s just my opionion with nothing to back it other than my experience using a Surface Pro, which was a great device, for about 3 years.

A new release of Windows means to me that they’ve moved everything again, and things will be hard to find.

Isn’t Windows 7 unsupported? Is there a reason why you aren’t using a newer operating system?

Is there a reason why you aren’t using a newer operating system?

I love the optimism.

I recently helped an aerospace company get Windows XP running again, airgapped, to run a program to check off an FAA requirement. Old Windows software has a way of sticking around.

A new release of Windows means to me that they’ve moved everything again, and things will be hard to find.

That’s one of the best things about Windows, there are multiple ways to get to everything.

Excited about 11, Windows 10 is pretty great and they have been streamlining it and making it better with quarterly releases. 11 doesn’t look like a major redesign, just more refinements and graphical touches. Apple could learn a lot from MS about how to handle OS updates.

Old Windows software has a way of sticking around.

Yep, old job we had an air-gapped Windows XP machine just for running one piece of software. A lot of places I have worked are years behind on their Windows version. Easier to go with what they know works with their software.

We’l be moving probably this year and that’s to Win X.
So this one will probable be in 2032?

That’s one of the best things about Windows, there are multiple ways to get to everything.

Now that’s a kind take if I’ve ever seen one.

I am not sure Mac users can talk in this area.

Seeing how there is a long post here on how to make System Preferences manageable as well as one of the host of MPU doing a video of it. Not to mention that the Start menu is miles ahead of Launchpad for finding apps.

I guess I am just used to Windows? I have no issues finding anything.

Edit: This post sounded far more defensive than I wanted it to. Just thought I needed to defend Windows here.

One of my last memories of using Windows before switching is actually discovering there are TWO control panels doing partly different things with very different interfaces.

not missing the Start menu by any length; Alfred is doing so much better for me. The video you refer to is only 1’30 long and completely optional

Windows does the job. But I never liked it; I tolerated it. I actually found I could love using a computer again when I switched to Macs in 2016 after 25 years of Windows. (Hey, I wanted to play X-Wing in high school, okay?

the Start menu is miles ahead of Launchpad for finding apps.

They are cleaning up the 2 control panels thing! (I could have sworn I saw an article on this recently, but can’t find it now.)

Agreed on Alfred, but Windows has a similar launcher out of the box with the Start key. Although, Spotlight and Start search are comparable. Neither is great, but they work.

I really like the Start menu. It has a list of everything, but I can set up nice little groups of my most used apps right there. I think it is very handy.

Sure, but what if you don’t know the name and need a list of what is installed? The Start menu is better than Launchpad by a mile. I will go into Finder before I will use Launchpad, but new users don’t know any better.

On another forum I visit (not Mac/Apple related) we had a guy who had just switched to a Mac and he was complaining about it. All the long time Mac were users were trying to solve his problems with apps we use, like Alfred. His response was something along the lines of “I shouldn’t have to install 3rd party apps to make macOS functional.” I can’t say he was wrong. I don’t install any utility apps on my Windows PC, but my Macs are full of them.

The Start menu is better than Launchpad by a mile

let’s agree to disagree? If you don’t know the name you’ll be trawling through the startmenu as well, same as the launchpad

Sure, but the Start menu is at least in alphabetical order and groups apps together. The uninstaller for the app is right next to the app on the Start menu. On Launchpad? It’s just a scattered mess.

Take ScanSnap scanner’s software. It installed 9 apps. It did not put them in a group, it just put them in Launchpad individually. One page ran out of room, so they flowed to a second page, and then got mixed in with other apps. (I eventually put them all in group manually).

On Windows they are in all in a ScanSnap folder, together under “S”.

wrong. I don’t install any utility apps on my Windows PC

I’ve used windows next to mac for over 15 years now, and in my opinion Windows is where you get the pre-made uniform production options, and on the mac you get to produce.

Yes it will be easier if you install some utilities, but at least there are util options that work, and do exactly what you want. On windows I get a lot of utils with 1000’s of options, and I would typically only need 1 or 2.

But again, let’s agree to disagree. It’s a no-win discussion, and should not have to be a discussion at all. Just use whatever you’re comfortable with, and let it go at that.

We agree, mostly, I am a Mac user after all. I just don’t think modern Windows deserves the negativity it gets from the Mac community. It’s a good OS that has come a long ways. In some ways I think it is better than macOS. I mean it has functional clipboard manager out of the box! I need an app for that on a Mac.

I would say Spotlight does the trick if you don’t want to install Alfred (that’s what I use when troubleshooting Macs around me and it gets me where I need to).
I however 100% agree that Launchpad plain sucks and deserves to be charitably forgotten.