I have this peculiar habit of using MindNode as my note taking tool of choice.
Which by itself isn’t that odd but my use-case is particular since I would keep adding new “main nodes” to my document as I append content to them.
I have dedicated MindNode documents for one-off things (brainstorming, ad-hoc meeting, outlines for a document, …) and long-standing ones to which I keep adding new content (1:1 meeting notes, project notes, knowledge).
I also have some documents that are closer from a visual thinking cork-board (documents & media embedded, groups of nodes everywhere without direct connections) than an actual mind-map.

I have recently been reading about the Zettelkasten concept and checking out tools such as Roam, Obsidian, Drafts, Devonthink and even reactivated my Bear account but I find the concept of a single page of notes not really working for me: I like to have this extra “spatial” dimension that you can find in Mindnode, Scapple, Curio and similar tools.

So bringing the 2 concepts together, I was wondering if anyone had found / thought of an implementation of a visual zettelkasten-inspired knowledge map system.

Something where you would be able to visually travel on your network of notes and edit them on the spot (I am thinking of something more interactive / actionable than the visualization you get with Roam / Obsidian).

Does it resonate with anyone here ?

I read Sönke Ahren’s book on this and tried it out with Tinderbox for a while. Given you want to work visually – this might be the right tool for you.

Tinderbox is an incredible piece of software. It’s not easy and I highly recommend working through The Tinderbox Way to get a sense of how it works.

The other route to explore is Kourosh Dini’s new book on creating a zettelkasten with DEVONthink 3.

Definitely have a look at The Brain. 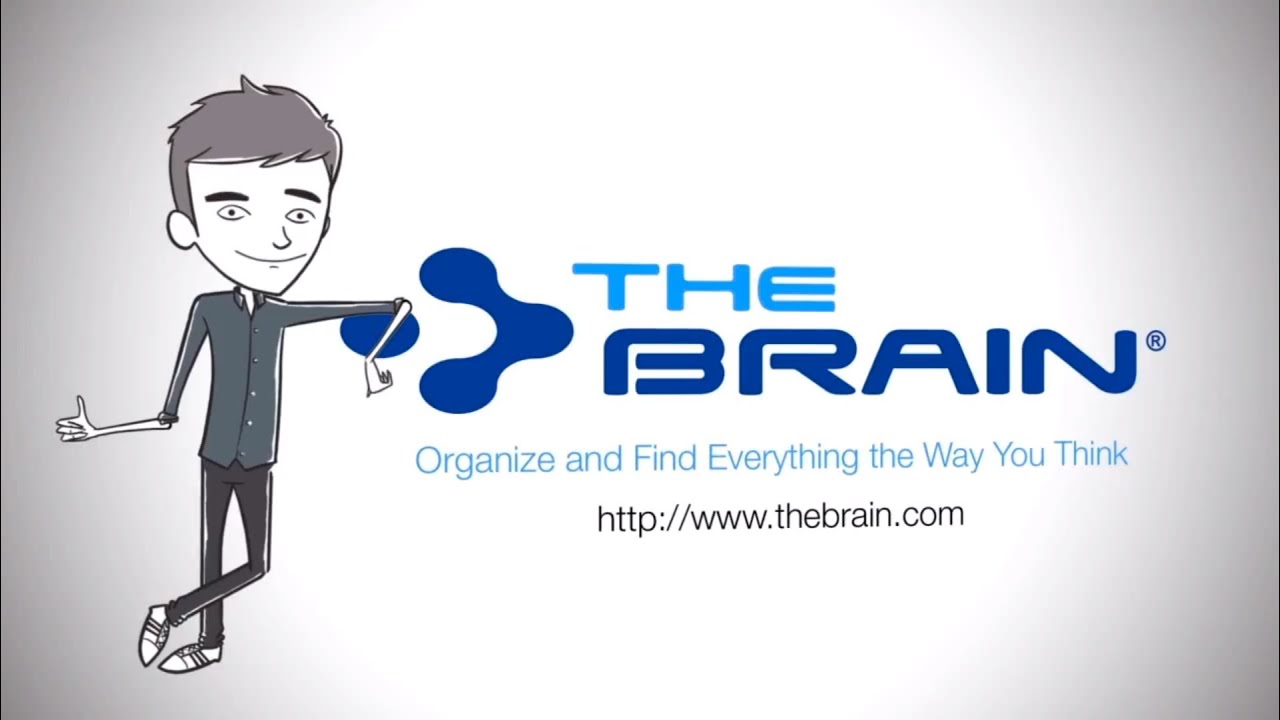 Check out Muse app for iPad if that is your thing. Quick easy and intuitive. A little expensive for my tastes, but has great gestures, pencil support, and drag & drop.

I’ve been intrigued by that app - how does it perform under heavy load? Can you really throw everything at it?
Also, do nodes have URL schemes that can be linked to?

I use iThoughts on my Mac. I use callback links to go to another node on the same mindmap or jump to another node on another mind map document. This allows me to create separate mind maps that are in-depth about a particular category.

It does take some effort but I’ve got it working in iThoughts.

@anon85228692 I have “brains” (databases) in TheBrain going back a decade or more with thousands of notes, tags, links, etc. The data has been preserved without errors as I’ve transitioned from v5 through to v11 of the app – the current version. I put TheBrain in the high-trusted category, including its ability to capture huge volumes of notes and attachments.

A sort of canonical demonstration of TheBrain’s capacity is “Jerry’s Brain” – created by Jerry Michalski, who writes:

You can see this “brain” live right here, which is also a good demo of the web version of TheBrain.

Woah. That is extremely impressive and tempting, thanks! Will definitely give it a try. Could it replace DEVONthink and Roam at the same time, I wonder?

Also an avid iThoughts user. Drafts is my main note-taking system, however, so many of my callback links point to notes there, and I have a few (iPadOS) shortcuts to generate maps from Drafts searches. Works for me…

Also an avid iThoughts user. Drafts is my main note-taking system, however, so many of my callback links point to notes there

I own both iThoughts and pre-subscription MindNode. I always defaulted to MindNode for its ease of use, but the X-Callback URLs in iThoughts, which MindNode doesn’t have, may have me switching to it for a long-term project I’m about to commence. (MindNode has a less powerful one-way callback URL capability.)

iThoughts and MindNode are pretty close to each other. When i first got into mind mapping, MindNode was just a babe getting its feet wet and iThoughts was around longer with more feature sets. It took a few years for Mindnode to catch up. It went from a simple mind map app to a bit more full featured. But I’m the kinda guy who is hesitant to just switch apps just because something new came along.

We can’t go wrong with either app and each developer adds in features that were already introduced in other apps.

I’ve stuck with iThoughts for now. I’ve peeked every now and then and find some fascinating new features being developed in MindNode (direct export to OmniFocus to name one). But I’m happy with the non-subscription of iThoughts for now. The links in iThoughts are one thing that’s keeping me in iThoughts. The more I use iThoughts, the more comfortable I am using it. It does take some time to get used to the UI but it’s nothing that can’t be overcome.

@anon41602260 please write a book about how you use TheBrain, and Curio, and DEVONthink, etc. The world needs this information.
Barring a book, have you documented your workflow anywhere?

How about a blog? Something I’ve considered for the 5 or 2 or -10 people who would read it LOL

That works. Shall we say Wednesday then?

It will be some Wednesday.

While I do like interface of MindNode more than the one of iThoughtX I went the latter route due to functionality and versatility.

I’m really intrigued by the concept of Zettelkasten and am getting my feet wet. I struggled with the visual thinking aspect, too. On the one hand I would really like to have visuals and on the other hand I kind of swear by the approach of text files only. So right now I’m keeping everything in The Archive as a hub and either link to it on the system and/or include a low res file which works great when viewing a preview with Marked. The markdown files are being synced with iCloud. As with the iThoughtsX Maps I can access them via iA Writer on the iPad.

So, since I am just getting started it works well for me, even if there are bumps in the road: but it’s an evolving process. My last delight was tinkering with markdown powered presentations which kind of speaks to the whole format agnostic approach.

And maybe it is trivial but the more I explore the concept itself and work on actual notes, do some text expansion here, or a little bit Keyboard Maestro there it does improve the workflow substantially. I guess what I’m trying to say is that (at least for me) it has to grow because planning something perfect is just too big upfront and puts me right into procrastination mode.

I have to say though, I miss the option to share some of it online (though I would want everything on my own hosting or at least on Github). It would be awesome to include just a few tags and either have it shared online as a future blog post or include it in the public part of ones Zettelkasten. I imagine something in the line of https://learn-anything.xyz by @nikivi which is awesome. That is, probably, a long way though. So, for now I’m concentrating on getting more in to the Zettelkasten lifestyle and making that a habit.

Hope I didn’t drift off, too much.

Edit: Count me in for the blog, too

Well that’s a new concept. Luhmann would probably be shocked to learn his slip boxes became a “lifestyle” LOL Maybe in this world. he would have been an Instagram influencer. (“Dance, Niklas, dance!”)

The point is of course taking the time to make notes. Zettles are fine, but not essential. No method is essential. It’s easy to get lost in the trend – though it is very interesting how much of the blogosphere and commentariat is talking about these methods. I wonder what changed.

I wonder what changed.

Maybe the current overflow of useful information makes us hungry for the GTD equivalent of note-taking to make sense of our knowledge and retain information long-term. That, or Luhmann’s productivity makes everybody salivate (I know I do

I increasingly find the two “new” (or recently rediscovered, in the case of the Zettelkasten) paradigms of knowledge management are:

I increasingly believe those two methods are the philosophical opposite of one another, but can complement each other. Progressive summarisation kind of tells you to collect anything that comes you way and that you are interested in, put it somewhere, and you’ll get back to it if you are really interested in it, at which point you will refine it progressively. The Zettelkasten, on the other hand, puts emphasis on writing your own thoughts about what you read (Ahrens pointing out that writing is the way to think, with which I agree), which is more work, and actually discourages collecting for the sake of collecting.

But these two approaches can somehow be put to work together, as long as you don’t mix them up. Collect, incubate, refine a la Tiago Forte, like an extensive version of fleeting notes; then write what can make a true zettel in your Zettelkasten and then discard what it was based on.

Maybe the current overflow of useful information makes us hungry for the GTD equivalent of note-taking to make sense of our knowledge and retain information long-term.

I wonder if there is more information in the world. Or just more data. I think the latter.

I also wonder if the impetus to take notes and rearrange them or link them to “make sense” is sometimes (often?) driven by loneliness, confusion and isolation.