Any idea what this new model will feature, or is it just white?

I’ll pass. Extremely dissatisfied with the lack of support by Fujitsu.

I have only used their support one time about six months ago and was very happy.

It’s been 5 years since the release of the iX500. With improvements in design, function, and software, this next-generation scanner has made an enormous evolution. (…) Users can now easily manage, edit, and utilize various types of scanned paper with the all-new ScanSnap Home. By combining your favorite ScanSnap software functions into a single application, it enables you to organize your documents, business cards, receipts, photos, and much more. (…)

ScanSnap Home offers excellent functions to organize and search through your data by enabling the creation of folders, tags, and keywords. You can now find [the] information you need easier than before. (…) ScanSnap iX1500 comes with 4 ScanSnap Home user licenses and 1 Nuance user license. Additional ScanSnap Home licenses are available for purchase.

ScanSnap Home installation requires a computer and Internet. Activation is also necessary for software use.

I am not sure what to think about this device.

I am seriously considering switching to a dedicated network capable document scanner if my ix500 will eventually stop working. I am not happy with this development… I just want to have a scanner that scans multiple paper formats on both sides reliably to a folder with predefined settings…

EDIT: 575 Euro. Well, no surprise. For just 400 Euro you can buy the Brother ADS-2800W. It can work on its own scanning to a network destination or it scans to a software of your choice… Yes, it is a different concept and I love the Scansnap software’s scan quality, but I find it hard to justify the extra cost and the new software limitations.

Regarding 1), having buttons on the scanner to select the desired profile is much more convenient than having to check for the right profile in ScanSnap Manager. I frequently do a scan with the wrong profile selected and have to restart. Also as a network scanner there needs to be a centralized way to select the profile.

Regarding 2) and 4) it is a network scanner. Quoting from the brochure:

itself functions as an access point.
*1 When using smart devices, ScanSnap Connect Application is required

Regarding 3) I see this as a bad sign they won’t be updating the iX500 software to 64 bits, making Mojave the end of the line.

Thank you for your answer!

Regarding the question if the scanner is a network scanner: Yes and no.

Yes, the scanner can be connected to your Mac, PC, Android device or iOS device via WiFi via your router or directly using it as an Access Point like it is possible to do with the ix500. Via this WiFi connection the Snansnaps’s software receives the scan data and generates a PDF or whatever else you want to have it generated.

Then again, no, the scanner is not able to do the whole scan process on its own like a true dedicated network scanner could do. It needs a device like a Mac or an iPad to process the scan or you can use the cloud option with Fujitsu. A true network scanner is able to scan documents, to generate a PDF, to access a network share via SMB or other protocols and to store the PDF on the network without a Mac, iOS device or a cloud service.

I see this as a bad sign they won’t be updating the iX500 software to 64 bits, making Mojave the end of the line.

That would be terrible. Hopefully, it won’t happen. I own an ix500 and a SV600. And I would like to keep on using them for several years.

I’m happy with my iX500, so I don’t need a new model. It would be nice to get the Scan Snap Manager software upgraded to 64bit, so that the next version of MacOS will support the software.

It would be nice to get the Scan Snap Manager software upgraded to 64bit, so that the next version of MacOS will support the software.

Yes it would, but don’t hold your breath. Fujitsu have a track record of bricking perfectly functioning ‘older’ models by withdrawing software support.

They don’t put that in their ads…

If my S1500M becomes a brick, seriously considering an Epson WorkForce –
https://epson.com/For-Work/Scanners/Document-Scanners/Epson-DS-575W-Wireless-Color-Document-Scanner/p/B11B228202
Epson has the following note on its website: Epson will provide macOS 10.14 Mojave drivers and software for Epson products on an on-going basis.

I have recently realized I need to scan a lot more documents daily and have a backlog to work through, so I am looking for a document scanner. I’m new to bulk scanning, as previously an HP All-In-One did the job well enough for the one-off documents I needed to scan, but it’s quite terrible at bulk jobs. Therefore I have checked out a few scanners and am hoping others might have some suggestions on the ones below or if you have one you prefer:

I’ve found a lot of reviews on each (other than the ix1500 clearly), so I’m just hoping to get honest feedback from people who are likeminded to myself (at least in the sense you are all Mac Power Users).

Thank you for your feedback and time.

It was mentioned in another thread but not here that the iX500 uses the new ScanSnap Home software (same as the iX1500) in Mojave. I think it is a cleaner design (ScanSnap Manager always seemed a bit weird) and has a nice feature where it will decide the type of the scan apparently based on the document dimensions which could be very useful in my workflow. But I haven’t spent much time with it as running Mojave is just experimental here for now.

I’d certainly look at the competition before buying an iX1500 (or iX500 on clearance?) even though the iX500 has been great over the years. I bought it in February 2013. I’m just more savvy now – at the time I relied solely on David Spark’s recommendation and “Paperless” didn’t mention much about competitive products. There seems to be much more now.

Reprehensible arrogance. We can hope that at least the ix500 will operate with 64bit code provided (ScanSnap Home? Is it already out and working for people on Mojave?).

I now have an expensive doorstop that used to be an S1300. I will be looking for more responsible vendors who don’t build in obsolescence in this way in future, especially since I wasted many hours a few years ago isolating my laptop’s refusal to sleep to the Fujitsu auto-update software that was installed without my permission (I selected notification, not automatic update, but it still installed itself to run on startup and then seize energy management in such a way that sleep could not occur). I had to hack into the ~/Library area and manually remove the update code to fix the issue. And of course every time I updated the Fujitsu software it came back until about 6 months later they finally shipped a version without the bug. Not cool.

I have been using a Fujitsu S1300, but wanted to upgrade to a larger document scanner. I purchased the Brother ADS-2700W and received it today. I’ve scanned hundreds and hundreds of pages without ANY issue. It’s a workhorse, and the software isn’t bad at all. It’s actually a little more intuitive to use than the Scansnap software. The Brother was much cheaper than the iX500 or iX1500.

The ix500 works fine on ScanSnap Home, which is 64 bit. Also supports 5 other Scanners (at the moment).

The interface is cleaner but I am not sure I will use all the bells and whistles as I find Hazel Rules are more reliable for detecting document type, dates, names etc. 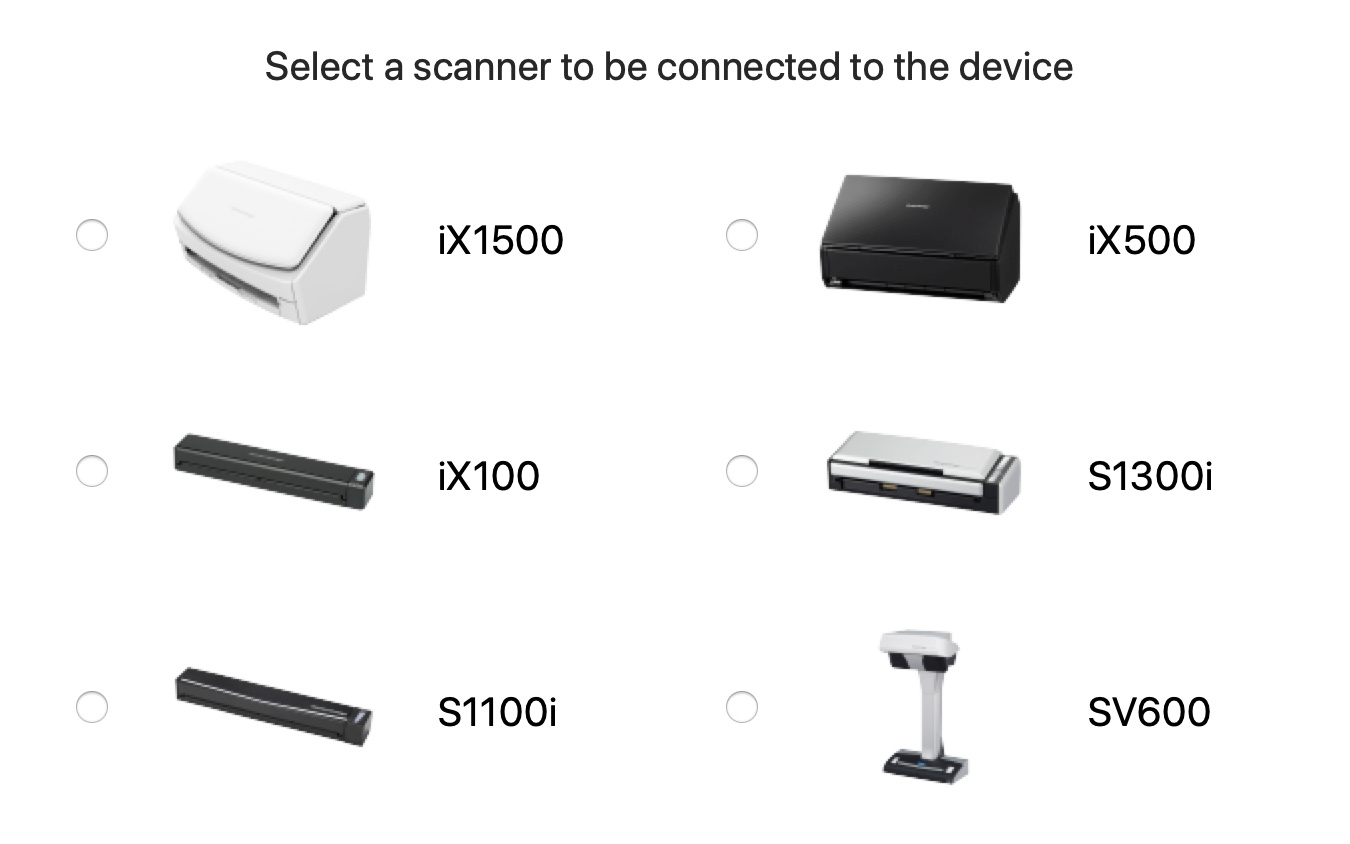 So I used the iX500 with Hazel. Scan to document which is then automatically added to Evernote with tags, etc… It looks like Home is trying to keep this all “in house”. Will the news software still allow a scan to be saved as a file? Sounds to me like the answer is “yes” from what I have read, but nervous about the upgrade.

I just installed ScanSnap Home and did a test scan with the scanner connected to my Mac via USB. It placed the file in Documents/ScanSnapHome. I have not delved deeper into saving and naming options.

You can specify where you want the files to go. Home is basically the same as ScanSnap Manager but:

So it looks like it should just drop right into whatever previous workflow you have but with some additional options. All the old scanner functionality seems to still be present, but you will have to set up your scanning profiles from scratch as it doesn’t import them from ScanSnap Manager. The program is obviously a version 1. Perhaps they will listen to feedback on feature problems.

I use the ix500 for cloud scanning only to a Dropbox shared folder.