I was wondering if anyone might have some suggestions regarding a note taking app that is cross platform - Mac, iOS, and Windows.

My daughter is planning to take class notes (medical school) using her iPad Pro and Apple Pencil 2. While she does have a MacBookAir (circa 2015), her computer for school will be Windows (the school issues the laptops to all students, so sadly this is not negotiable). Therefore I am looking for a good cross-platform solution for her. The idea is for her to take notes in class and studying on the iPad, but have all documents available to her (in a convenient and usable manner) on the iPad and Windows laptop, and if she wishes also on her MBAir.

In additional to the cross platform requirement, she needs to be able to take notes in handwriting (Apple Pencil). Typing into the notes will be convenient but not absolutely necessary. Adding figures, pictures, PDFs, etc would be ideal.

If the school was Mac-based, I would have had her try out Notability and GoodNotes and see which one she prefers, but that is not the case.

While Evernote is cross platform (and while I don’t love it, it is quite usable, she is familiar with it, and it does work), unless there has been a recent change, I do not believe Evernote supports handwriting / Apple Pencil.

The only thing I have come up with that seems applicable is Microsoft OneNote. In playing with it a bit, is seems quite usable; possibly the biggest complaint may be that it provides a kind of unlimited canvas rather than logically creating pages of specified dimensions as one might do in Notability or GoodNotes, but she can presumably work around that. Since the school provides a Microsoft OneDrive account (and access to the Office suite) she will have sufficient storage space for whatever is needed.

(Edited to add: I did discover that GoodNotes has a feature where you can set up a backup location on a cloud service and have GoodNotes make those backups in PDF format, which makes them accessible on Windows. It seems that if you edit the note in GoodNotes the backup process automatically updates the PDF on the cloud storage, so this might been an option. The downside is that if she were to edit the PDF on the Windows computer, those edits will presumably be lost if she changed the document in GoodNotes, but if she is careful about that, I could see this approach working as well.)

I would appreciate any comments viz OneNote from anyone who has more experience than I do, or suggestions for any other platforms we should look at.

OneNote ticks all boxes (including Windows support, which knocks out nicer competition) and is free to boot.

One notes ink engine rocks too. For me through my masters program.

RoamResearch is best for research and linking. Web based.

Roam’s mobile experience leaves a lot to be desired. I also wouldn’t call something cross-platform if it offers no native apps (or on-device storage) on any platform.

I’ll pile on the OneNote recommendation. It is a solid, stellar experience, especially if the user isn’t super tolerant of learning new experiences—the skeuomorphism (notebooks, tabs, pages) is really well-designed. I used OneNote throughout my undergraduate degree.

However! Evernote does have a great handwriting feature. They built their own ink engine a number of years ago. You can’t free-write all over a note. Instead you insert handwriting “objects” (they probably have a better term for it). They’re size-constrained (no infinite canvas) so you can add them one after another. You can open them back up and keep handwriting. And, Evernote’s excellent OCR features act on the handwriting, so it’s searchable too.

My experience with Evernote is dated—haven’t used it for a couple of years—but I used it throughout my Master’s degree and had a great time.

+1 for OneNote. It’s such a good note-taking app for people who have to work on different operating systems. While Evernote is good, OneNote’s inking system and pencil support blows it out of the water when it comes to actually taking hand-written notes.

OneNote also works well as a hub – to collect documents, web clippings, etc. into a OneNote page, and then add other notes or annotate. Evernote can, but not easily, consolidate clippings and notes on the same page. OneNote can also search handwritten notes pretty accurately.

Between Evernote and OneNote I would choose Evernote. The beta of the upcoming update for Evernote is very promising. I find the canvas of OneNote on iPad annoying, scaling is bad and it has quite often syncing errors.

Interesting. Can you talk about what’s new in the beta?

The UI and features will be more consistent across platforms, it’s faster, better syncing, improved editor, better checklists and more. It’s more clean and smooth overall. I use Bear and Notes, but if it has to work on Windows I would go for Evernote without thinking. I used OneNote too. It’s not very bad, but just like other Microsoft products it feels as if it’s not finished or that they just randomly added features.

You can try the Evernote beta in the web version. Just sign up (this can be a free account) and try it.

It can still be used as a note taking app. For a student it’s invaluable as a Research tool. Nothing can beat Goodnotes or Notability for handwritten notes. But they are not cross platform.

Evernote and Onenote fit right in here as you all have mentioned.
It can always be augmented with a PKM too. For a student with all the linked references it provides it will be a good asset to have. 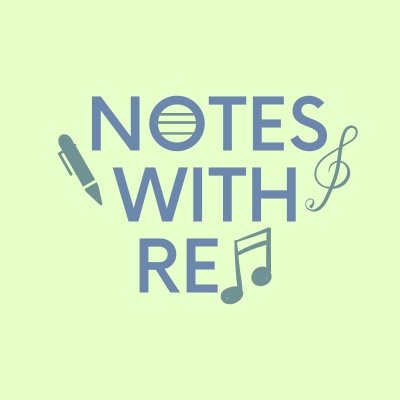 It can still be used as a note taking app.

You can shoehorn apps to do all sorts of things they’re not optimized for. I and others have pointed out that OneNote fits the bill and is free - a much better choice for a student than a $15/month app that the developer doesn’t believe belongs in that category. If you think it’s wrong to not consider Roam a note taking app perhaps you could try convincing the developer.

I also enjoy the new UI and, mainly, the new Editor.

That said, I’m currently missing quite a lot some of the power user features that have not yet (hopefully) been ported to the beta, mainly the quick jump (Cmd + J) and AppleScript.

You can shoehorn apps to do all sorts of things they’re not optimized for. I and others have pointed out that OneNote fits the bill and is free

I rest my case. Yes OneNote fits the bill.

We tried out OneNote, Evernote, and GoodNotes.

Evernote doesn’t really fit the bill. Yes, you can add sketches with handwriting, but the UI is very inconvenient - each sketch is limited to screen size, and so each “page” of notes requires adding a new sketch. Too cumbersome for rapid note taking.

OneNote has is very convenient, has a lot of nice features including the ability to create a large number of pens which you can selected with a single click, making it very easy to switch colors, widths, etc, and as you have pointed out, syncs smoothly with Mac and Windows. The biggest problem is the paradigm in which you basically have an unlimited sized canvas to write on, rather than a specific-sized page.

GoodNotes is, I think the best for taking hardwritten notes in a “notebook” like paradigm. While I like the organization of OneNote better in the way it is laid out, GoodNotes does allow nested folders which OneNote does not (you get the “notebook->section->page” layers only). It’s biggest drawback of course is that it is iOS/MacOS only.

OneNote does a much better job of interpreting drawn shapes and creating what you intended (rectangles, for example) than does GoodNotes.

What I learned is that you can enable automatic backup in GoodNotes, and set the backup location to a cloud provider - such as OneDrive. GoodNotes will automatically place a copy of each notebook there, and you can specify that should be in GoodNotes format, PDF, or both.

By setting this up and saving PDFs in this manner, the notes are available to Windows-based computers as well - but you have to be careful and use them read only there, as if you edit the PDF from the windows computer and then edit on the iPad, the iPad edits will cause a new save to the cloud service and overwrite the changes you made on the Windows computer.

Overall, my daughter liked the organization and note taking of GoodNotes the best, so it looks like that will be the choice. We will put OneNote on her iPad as well, so she can always experiment.

Thanks to everyone for the help!

Glad you’ve managed to find the app for her

I used to use GoodNotes exclusively a while back, but have since switched to OneNote in the past year or so and have not looked back. It has all the features I need, and I like to work in dark mode in as many apps as possible. Also, Teams and OneNote work wonderfully to collaborate with others as someone mentioned above. I’ve got dozens of OneNote notebooks in Teams/Sharepoint at the office and am very happy with the result. Coming from a Windows IT Consultant, so you may liken my opinions with a grain of salt in this forum. I think if you’re looking for Windows and Mac cross-platform note taking, nothing else comes close, and I’ve tried a lot of note taking apps.

OneNote is the best of the bunch. You can define a default page size (ltr, A4, A5, legal, custom) in the Windows version under the View heading and it will be applied to all new pages created. Also, even a huge page produced on the Mac or iPad can be printed as letter sized pages using the web app.

Evernote is OK, but the inking is not on the same par as the others and it doesn’t have the flexibility to combine ink, text and images as fluidly as the others.

Only Notability, to my knowledge, offers text wrap around images, but it’s organization methodology is not as good as OneNote and there are no definitive plans for a cross-platform version.

Good Notes is very good, but no text wrap and no cross-platform.

I’ve been watching my daughter work on some of her classwork, and it seems that OneNote is the best app for what she is doing.

If only it were more versatile for just storing files (PDFs, etc) I might just shift over to it myself vs. Apple Notes.