Playing with DEVONthink....what are your most interesting uses?

I think I’m getting an idea of how DEVONthink works. Playing with adding some demo content and seeing how it all goes together.

I saw somebody on here that said they use DEVONthink in some way to read their RSS feeds, which makes me think there are probably a number of interesting uses I’m not considering.

Anybody have any weird use cases where DT works great? Maybe instead of another app?

I’m still working out the kinks. It isn’t as nice an RSS reader as most RSS apps, but it is where I keep all my other readings and reference materials. The purpose of using it for RSS was to centralize the place where I do that kind of work. The main detriment of this approach is this: using DEVONthink and DEVONthink To Go (DTTG) requires running your feeds on a Mac and syncing the feeds database with DTTG every so often.

Otherwise DT currently has two main uses for me:

In short, I hate putting energy into maintenance of content—both putting files somewhere useful and then finding them later. DEVONthink takes care of a lot of those tasks for me.

That said, I think I’m using DT to about 20% of its potential for me. That doesn’t necessarily mean that it’s this amazingly powerful app—arguably it should be easier to use it to 100%—but that there are many imaginative uses that are easily overlooked. As apps go, it takes a while to understand its capabilities.

I use Evernote for most all I do in terms of notes and stuff, but the last time I found Devonthink to be very helpful was at the end of a 6 week course. I was writing my final paper so I took all of my book notes, lectures, and previous papers and dumped them into a database. It helped bring up connections and made searching through the data very easy, especially when I thought “Paul said something about this near this topic.” This was as easy as dragging in my folder structure from Finder. It isolated that data into a nice silo to work with.

I use it for everything I store, including links to webs: I don’t use RSS but I do the same really as @ryanjamurphy and my approach is just like his. I don’t know if anything I do is ‘weird’ even, I am sure some is now but the whole process is totally transparent to me and I am not conscious of most of it anymore. I am in trouble if anything happens ot DEVONthink and that is a real concern to me.

I even give the same figure for use as ryan does. 20%, or more accurately I don’t think 80% of users use more than 20% of the capacity. I am a 20% user but that is actually more than enough for my needs. I use the AI to show ‘connected’ papers and items more than I used to recently. It seems clunky at first but as you build a library it becomes strangely effective at linking relevant things.

Exactly like @ryanjamurphy I put no effort into files now, zero. I can just find them and weirdly it is very much like the paper mountains I had and could find things in, just about! But DEVONthink makes it easy to find stuff; really it is amazing. But there is no point using for me if I was constantly filing and neatly ordering your own material. Does that make sense?

It makes at least some sense - I figure it’ll make more sense once I get more data put into the system.

I’m concerned about lock-in too, but ultimately DT is a filesystem bundle - so unless things get really, really bad I can at least get the files out if I need to. Which is encouraging. Worst case scenario, I lose the analysis but not my underlying data.

Thanks for the info!

Both, if I searched something it would bring up the other items and also when I did the see also feature (can’t remember what it’s called).

How do you get stuff out? I understand what you are saying but how would you do it? I looked in the bundle once, the files were there as far as I could see but with complicated addresses they looked like. Long strings of numbers or letters with no sense to me.

If you drag it out of the interface onto a desktop or whatever the files come with it. I think that’s why so many people have attempted to or are using it as a finder replacement of sorts. You’ll lose all of that Devonthink data I’m pretty sure, but a file structure will stay in place.

See Also and Classify. cmmnd control and S It sort of improves with time I found.

As for retrieving the files from DEVONthink. Hey THANKS for that, who knew, I didn’t. You have taken a real load off my mind. I sort of ignored the problem in the way one ignores a looming problem that will spoil one’s plans. Not facing it directly because I didn’t want to think about it.

Has anyone used it to replace Pinboard? I’ve used an import script but I really would like it to sync or replace.

I use DEVONthink’s Indexed folders. There are some drawbacks (I forget what), but you basically point it at a folder on your filesystem and it then acts on the files in that folder without importing. My files are mine and remain that way, agnostic of the apps I use to deal with them. No lock in for me!

I forget does DT offer OCR? I have some PDFs that I can’t select the text or search. Otherwise know a tool I can use to enable this?

Similar to Ryan and Tudor, DT is my filing system; everything gets thrown into it. DT’s search/find function IMHO is markedly superior to that of Spotlight and that was the use by which I justified the cost until one of MPU workflow episodes with Gabe Weatherhead.

I’m an indiscriminate squirrel in downloading stuff that I might want to watch or listen to one day - all stored on a heap of external drives. When I heard Gabe talk about indexing external drives; I quite literally had to pull-over to the side of the road while I re-listened to his comments and mulled over possible use.

Now, for example, a piece of cake to find podcasts among the 45,000+ on the podcast drives. Better still, the links DT shows to related material means that I can deep dive into a particular topic of current interest. Same applies to reading material, webpages, articles etc.

It offers OCR I think you will need the Pro Version though.

Indeed, OCR is available via the Pro edition on the desktop. It works well.

Oh this is super intriguing! He hasn’t had a podcast episode for a while any good resources on this?

Thanks for the reminder - I’m going to have to re-listen to Gabe’s episode since I now use DT.

I’m also looking forward to the Take Control book that’s ‘coming soon’ and will be free for DT3 owners. I trust it will open up some more features.

Aye, great tip, @Daz! I have been going through those old episodes.

They reminded me, relevant to this thread, that there’s actually a whole section of DEVONthink’s forum dedicated to use case discussion: 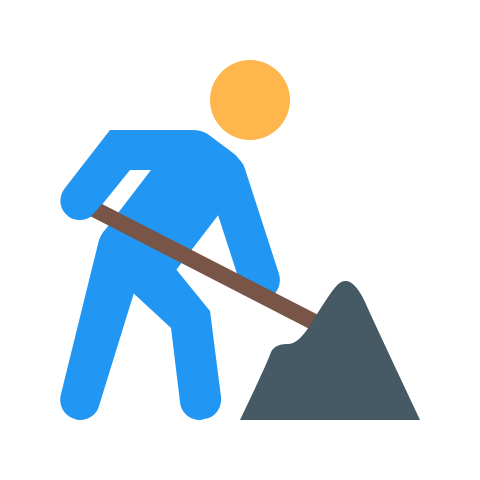 How do you use DEVONthink and DEVONnote?

That’s pretty cool. Thanks for the link!