Pocket Casts is for sale again

The plan to sell Pocket Casts is in "early stages of development," according to an NPR spokesperson.

Disappointing. I bounced between Castro and Overcast for a while before settling on Pocket Casts, and I thought it would be my forever home. Alas!

It’ll be very interesting to see where it ends up.

Nooo. I just fell in love with it. It has the best of Overcast and Castro!

I hope Pocket Casts will improve. This is my best podcast player, and one of my favorite electron apps

I’ll keep an eye out on it. No need to jump ship just yet by looks. I’d only recently come back after using Overcast (main reason, as Overcast didn’t have an “In Progress” playlist, as I sometimes have a couple of podcast episodes on the go).

I hadn’t tried Casto, but may give it a go.

Me too! I’m so happy with it! Gosh I hope it’s not sold to the likes of an Essential kind of company.

This is so disappointing, but I’ll hang on until it’s dead or some draconian privacy invasion gets tacked on. Hard not to be cynical about those things. But this is far and away my favorite Podcast player after discovering it, it would be painful to return to even some of the community sweethearts on iOS especially.

If it goes under, I will not moving back to Overcast, at least that’s for sure.

Best of Overcast and Castro is precisely right.

I can create multiple playlists and also use the "Up Next " playlist for episodes I know I definitely want to listen to over the next few days. MPU always moves to the top of that list, every Sunday, of course!. I can do the multiple playlists in Overcast, and the Up Next in Castro, but not both in both places.

Also, it’s very easy to triage episodes as they come in, and I’ve asked the devs to implement a feature that would make it even easier. However, if the app is for sale, I don’t expect that feature to be implemented soon.

I don’t expect significant upgrades while the sale is pending, just maintenance upgrades. That’s unfortunate, but the app is fine as is. And who knows what the landscape will be like in September?

Pocket Casts has been bought by Automattic. I’m relieved. This company has so far proven to be a good steward. (Sorry for the French article, but it should be easily translatable) 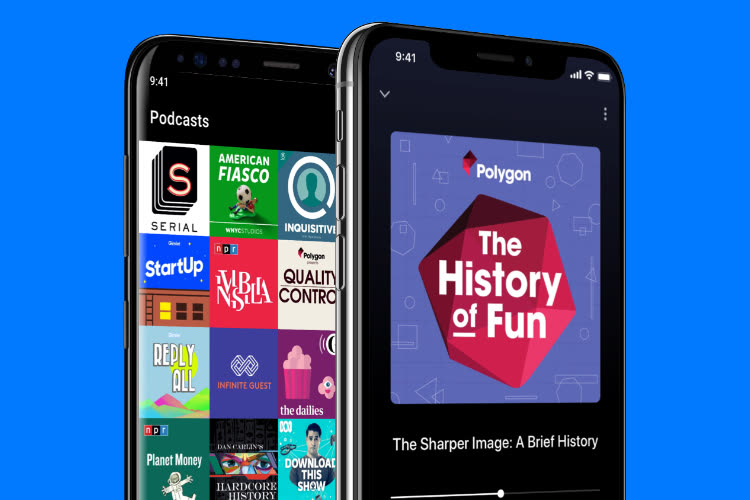 Interesting. My only gripe with Pocket Casts is the sync is often times slow to catch up on other devices. I hope this is a good move for them.

As I said when Automattic bought Day One: My experience following Automattic’s Tumblr acquisition is that Automattic doesn’t continue to develop a product — which is disappointing — but they do keep the lights on, and that’s important.

So anybody worried about PocketCasts going under should be relieved. But if you’re eager to see Pocket Casts get some new feature, well, don’t hold your breath.

Automattic’s Tumblr acquisition is that Automattic doesn’t continue to develop a product — which is disappointing — but they do keep the lights on, and that’s important.

@MitchWagner I respectfully disagree. Tumblr may not have grown and that’s largely Tumblr fault and also the availability of other options… I actually was concerned when Auttomatic bought Day One. I researched the company’s performance on other acquisitions and I was super pleased. I looked at SimpleNote (remains free and regular updates) and LongReads (thriving)… Now Day One which also continues to receive regular updates

For more detail: My vault of memories has a new gatekeeper!

I have been communicating with the Pocket Casts developers for almost 8 years now and since they are still part of Pocket Casts, I am confident, Pocket Casts will continue to receive updates and features.

Praying that Automattic will not increase Pocket Cast subscription cost. I’m happy with the current rate!

- something will happen to Overcast, too.

Praying that Automattic will not increase Pocket Cast subscription cost.

@Topre as long as you are subscribed through the App Store, I understand you are grandfathered in unless you cancel your subscription.

I have received the newsletter today that Pocket Casts is joining Automattic.
It seems Automattic is going through an acquisition frenzy.

Very interested to see where Automattic and the Pocket Casts team take this. I feel like most of these podcast apps have waited around in the past to see what Marco comes up with for Overcast then they copy. I actually like Pocket Casts better than Overcast, so I’m hoping they continue to innovate and improve the app experience. I still use Spotify for some podcasts that are exclusive to it’s platform but Pocket Casts is my main podcast app. I tried Apple’s Podcast app a few times in the last couple of months and man it is awful. I wasn’t even getting new episodes to show up in the app till hours and even days later compared to my other podcast apps.