I recently discovered videos by William Gallagher, a professional British writer whose writing includes scripts for the BBC. I found two of what he calls Three Biscuit Guides helpful in learning the nuances of Pages and Scrivener for writing, both of which I use. What I particularly appreciate is his emphasis on the importance of TEXT while also dealing with app features.

I also noticed what I believe is a Stream Deck on his desk.

Perhaps you will find these helpful. I also appreciate his subtle sense of humor.

WARNING, these are long videos, hence the title “Three Biscuit Guides.” I’m sure our British forum members will understand.

Helpfully, he provides a “table of contents” for the videos so one can skip to sections of particular interest without watching the entire video.

Here are links to the Pages and Scrivener videos: 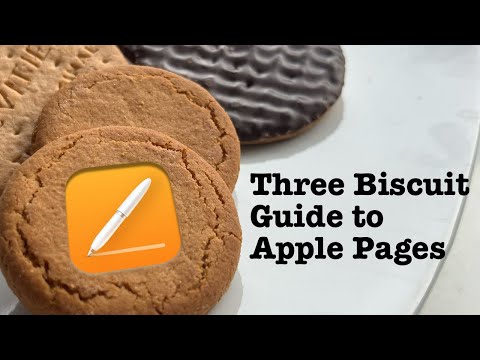 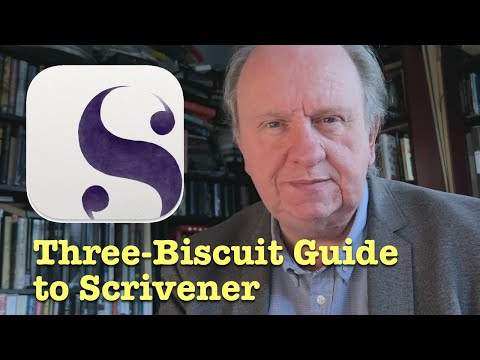 Do we need to explain what a biscuit is?
Could do a Three-Biscuit Guide to “What is a biscuit?”…

Next you’re going to tell me all your websites prompt you to accept “biscuits.”

I just watched about 20 minutes of the Pages video. Great teaching style and I love his sense of humor. Plan to watch the entire video when I have time. Will also look for his others. Thanks for posting.

You couldn’t be more wrong

I’ll throw in my starter, biscuits are usually smaller and harder than cookies.

Regardless of how they’re described, they aren’t served with gravy, but cups of tea!

Also, not sure how it’s a three biscuit ride (might have to watch later when I have some time) but I can eat three biscuits in the space of a minute, so unless it’s three packs of biscuits!

You couldn’t be more wrong

Oh well, I at least knew they were not an American biscuit so I get ½ credit. 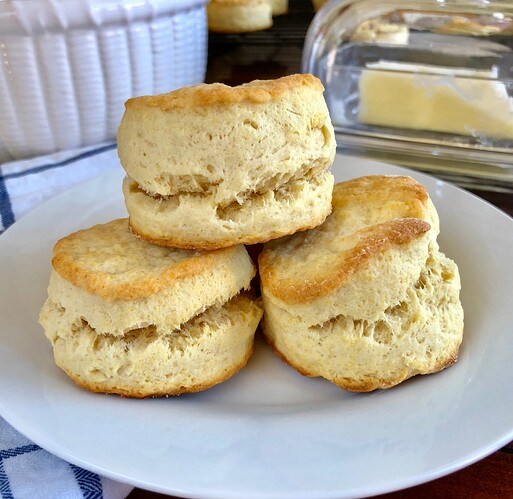 Maybe he savors them.

EN-UK - like a cookie but there are infinite varieties, served with tea or coffee
EN-US - nasty scone type thing served with a meal

Now for the brits - what is your favourite biscuit. And for the brit expats, what biscuit do you miss or try to stock up on when you get back for a visit? I vote for hobnobs

+1 for Admiral William Gallagher as he is known to the Space Javelins.

Mmmm…hot out of the oven, plain or with butter and jam!

Tough question!
Depends on the the mood, time of day and the accompanying drink.

Jam Sandwich (with cream variety, not a jammy dodger)

Thankfully you can’t get them here, so the pull of nostalgia won’t lead you into giving them ‘one last try’ and saying ‘mmmmh an aquired taste’. Every ex pat is saved from themselves.

Totally different as you know from the Southern ‘biscuit’ in the USA. They are cookies really but usually rock hard, bland and/or full of weird bad combinations of ingredients and impossible to eat with any pleasure. So very British and in line with cultural norms. In my last years in the UK I did find one I liked: Chocolate Chip, based on the America cookie but hard.
One kind I used to quite like, which was vaguely palatable if you dipped them in milky sweet tea first were called “Marie Biscuits”, very popular, like ‘crisps’ which as you know are really chips. “Chips” over there are French Fries.

Oh, I’ve been away too long, forgot about those. Bourbon biscuit - Wikipedia for those who think it’s some kind of drink.

William is a really nice guy and very generous with his time and advice. He’s highly entertaining and would make a great guest on the MPU podcast.

In addition to the Three Biscuit Guides, he is is also a regular contributor to AppleInsider. Dr Who fans might be pleased to know that he wrote a number of audio plays from 2010 to 2014. William Gallagher is a British writer and journalist. He has written Doctor Who audio plays for the Big Finish range, the stage play Manhattenhenge (2008–2009) and the Rhubarb Radio series Attachment (2009). His book on Alan Plater's The Beiderbecke Affair was published by the British Film Institute and Palgrave Macmillan on 28 September 2012. On publication of the book, he released an Author Video about the writing of it and a series of Beiderbecke podcasts: video interviews and audio commenta...

Very cool. I’ll have to check out some of his articles and e-books. I’d love see hear him as a guest on MPU. (@MacSparky @ismh)

Thanks for providing this information.

Is this discussion making anyone crave for a nice chocolate and macadamia cookie… or is it just time ?