What Fine Apps Are You Drifting Away From?

Stop using them or replace?

Things, an app I know and used, is falling to the wayside. My projects and tasks do not require the features of this project/task/reminder app.

I am now using curated lists. They are built with Drafts and the add to list action.

No planning … just evolved. I was praising Drafts in another topic. Posted this screen shot of one of my drafts lists (other post was about actions). List pictured is called random. I five other lists that are more specifically targeted. [IMG_0646] https://talk.macpowerusers.comhttps://mpudata.sfo2.digitaloceanspaces.com/original/2X/a/ab4d27a093a8101162b89ada0f0851717950777d.png

In addition, Due takes care of repeating reminders such as drink water, meds, take out the garbage…

How is your world evolving?

Also moving away from Things (flush money), and going back to OmniFocus. I’ve been around the task manager world, and seem to be back where I pretty much started.
So far OF is really low friction. Also reading @kourosh’s book, Creating Flow with OmniFocus 3.

I have roughly one zillion screenshot apps, but I seem to be using 3:

It’s a shame because I’ve paid for a number of apps over the years, like Capto, but they’re either clunkier or slower or I just forget to use them (like the new screenshot capabilities in macOS Mojave, or the screenshot/upload capabilities of Droplr and Cloudapp’s menubar apps).

Scrivener. At least for the sort of long-form writing I’m doing right now, Ulysses does the job better. Better iOS app, better syncing, and a feature set that fits what I need.

I’ve moved away from OmniFocus and Asana. I’m also trying to move away from bucket-type apps. It might seem like going backwards, but I’m trying to keep everything as a file.

I have a goal of moving away from Adobe Creative Cloud as well.

I’ve recently starting a move away from Things to GoodTask 3 which overlays iOS Reminders and iCloud syncing - not sure I can pin down the exact reason but a combination of (1) Reminders are simpler and I can do a lot with Shortcuts/Reminders/Bear without needing a third-party app, and (2) work tasks now sit in an Asana team.

I love the design of Things so I’m sure I’ll come back to it at some point - I have paid for it after all!

Byword - not developed, not maintained, poor feature set.
Marked - most of my documentation these days is in pdf, so I just have no need for a MD viewer.

Things has had a big effect on the look of task managers. Taskade and TickTick have come after it with a definite family resemblance

(Todoist is readying a new look/paradigm to be released within a few weeks they’re presently quite tight-lipped about but I would not be at all surprised if it borrowed from Things as well.)

PocketCasts, the latest update is killing me.
I’ve got to find a replacement, then start migrating all of my podcasts.

Nisus Writer Pro. V3 is a paid upgrade and I’m realising Pages and Word are at the point where I don’t use NWP very often. Plus I’ve moved all my note taking from rtf to markdown in Ulysses.

I like the look of the new app but the fact that you need to go through three clicks to change the playback settings for individual podcasts (and that it did not remember my preferences) is really annoying.

Aperture, only because. Still a better DAM than any others I’ve seen.

Nisus Writer Pro. V3 is a paid upgrade and I’m realising Pages and Word are at the point where I don’t use NWP very often. Plus I’ve moved all my note taking from rtf to markdown in Ulysses.

Same here. I used Nisus Writer Pro for a short while for a specific project and I was really impressed by it, and the new update looks great, and it facilitates ebook publishing better than most other options. But I don’t need those features most of the time, and I too migrated to Ulysses for the pleasurable writing environment.

Logic Pro. I really wanted it to replace Pro Tools, but I could never get the hang of Logic’s method for editing audio, and I couldn’t quite replicate my Pro Tools recording workflow in Logic.

OmniFocus and Things. I just moved back to a good old fashioned whiteboard and Todoist. Also Devonthink, it just seemed so much work to me.

I could not agree more. It is still a great app, I hate the fact Apple abandoned it, and no, Photos is not a replacement in my book. I was hopeful that Affinity would bring out a DAM, but it looks like they put their focus elsewhere. Luminar are meant to be introducing one as a new feature, but it is not looking like a great effort.

Agenda. It’s a pretty app, but my use has diminished since it doesn’t really play well with other apps with the kind of integration I want. Most of the updates in recent months are cosmetic tweaking so maybe the developers interest is diminishing too. I think it would be hard to sell customers on “why Agenda”.

Bear. I was a huge bear user for nearly a year. I’m not entirely sure what happened but it seems like I have much less to write down. On the occasion that I do need to write something down, I’ve been using Drafts on the iPhone and XiEditor on the mac

Just looked at my Applications folder and saw a lot of apps I’ve abandoned, many of them decent:

I was hopeful that Affinity would bring out a DAM, but it looks like they put their focus elsewhere. Luminar are meant to be introducing one as a new feature, but it is not looking like a great effort.

I get a weekly newsletter from fstoppers.com and this article/video was in the latest issue; you might find it interesting: 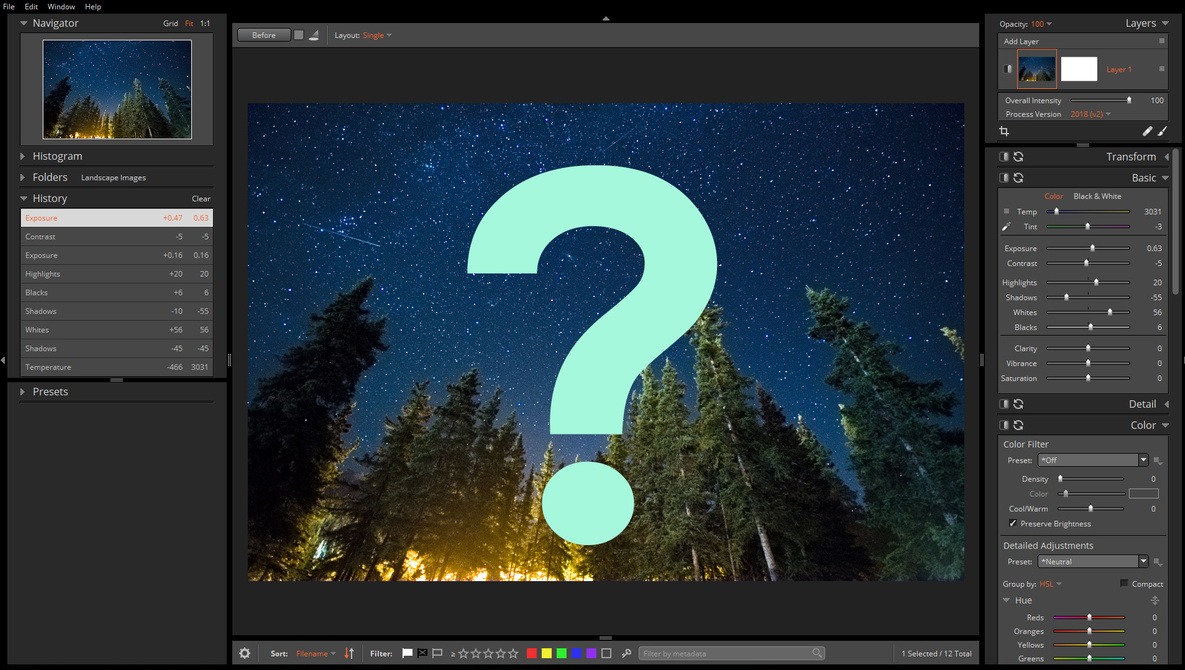 Could Exposure X4 Be the Best Sub-$150 Alternative to Adobe Lightroom CC?

Looking for a photo-editing alternative to Adobe's Lightroom CC that won't break the bank? Today, I test-drive Alien Skin's new Exposure X4 editing suite for the first time. Every photographer is familiar with Adobe's Photoshop and Lightroom...