What is purgeable space, can I delete it

I want to leave more room on my Mac primary (internal) SSD. I used DaisyDisk and found 79.4Gb of hidden space. Out of which is 88.9 GB of purgeable space, can I and how to remove it?

I found from this post that these are timemachine backups but is it reasonable to have 80GB backup files on my 1T SSD? 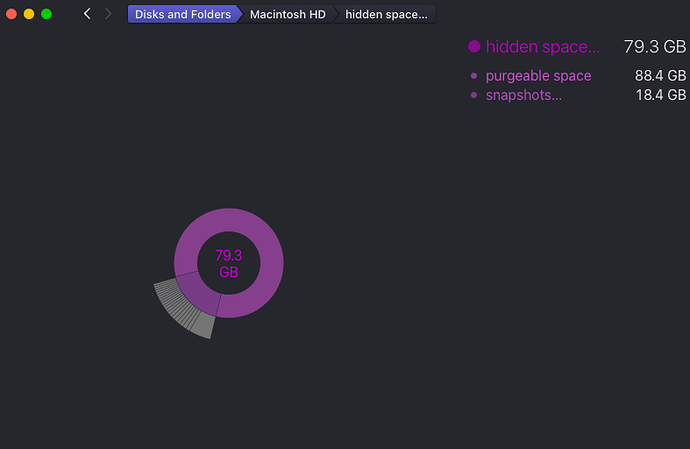 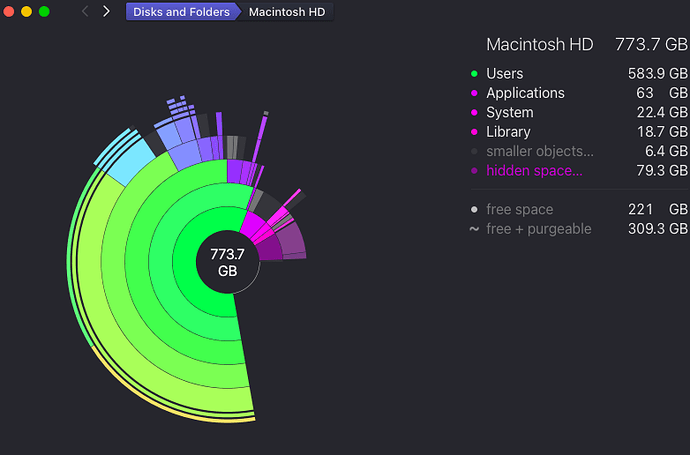 As much as I know this will be deleted as soon as you make you next backup. The longer you don’t make a Time Machine backup, the bigger the files get.

Unless you actually need this space and it doesn’t get released automatically, it’s better to leave it alone. There is no hurt in having it on the disk and it can potentially be useful (for file recovery, should you delete something accidentally). There’s a fairly detailed support article about it: Purgeable space | DaisyDisk - Analyze disk usage and free up disk space on Mac

thanks @winmaciek and @johnkree , great information. I think I’ll leave that untouch for now

I’ve used the Terminal workaround from here before, but I would not recommend it unless you are comfortable with Terminal and desperately need the extra space.

How to clear purgeable space on Mac

What is purgeable space on a Mac, and how can I clear it? Look no further we've got all the tricks you need to reclaim space effortlessly.

thanks @thatnerd. I have CleanMyMac , ran the task and removed 80Gb of space. Starting timemachine backup again, see how much space it would take up in a week.