Will you upgrade to the new iPhone?

The new iPhones were just announced. You like? No? Enough new features to justify upgrading on launch?

My answer is no.

also, what’s up with the naming scheme? Apple needs to stick to a pattern already.

So. Will you upgrade?

I’m finishing up my second year with my iPhone 7, so I’m due for an upgrade. iPhone Xs here.

Snarking on one of the choices (“EXTREME ULTIMATE AWESOME”) doesn’t bode well for impartial results, lol. But then, self-selected survey answers on a technophile site shouldn’t expect to yield useful metrics anyway…

Me, I’m going from 6S Plus to the new xsmax.

My 6s is getting a bit old. May do the battery replacement deal this fall then get the new Xs Max and sell the 6s while it has a little bit of value.

In the intro pages for the new iPhones Apple is linking to their trade-in program. They’re offering $100 trade-ins on any size working iPhone 6S, and $150 on any size 6S Plus.

Since I buy a lot on Amazon I’ll get the best deal selling my iPhone to them.

@bowline Another option is to sell it on Swappa.com. you deal with a bit of hassle, but you could make a bit more. looks like 6s plus runs quite a bit more than $175. 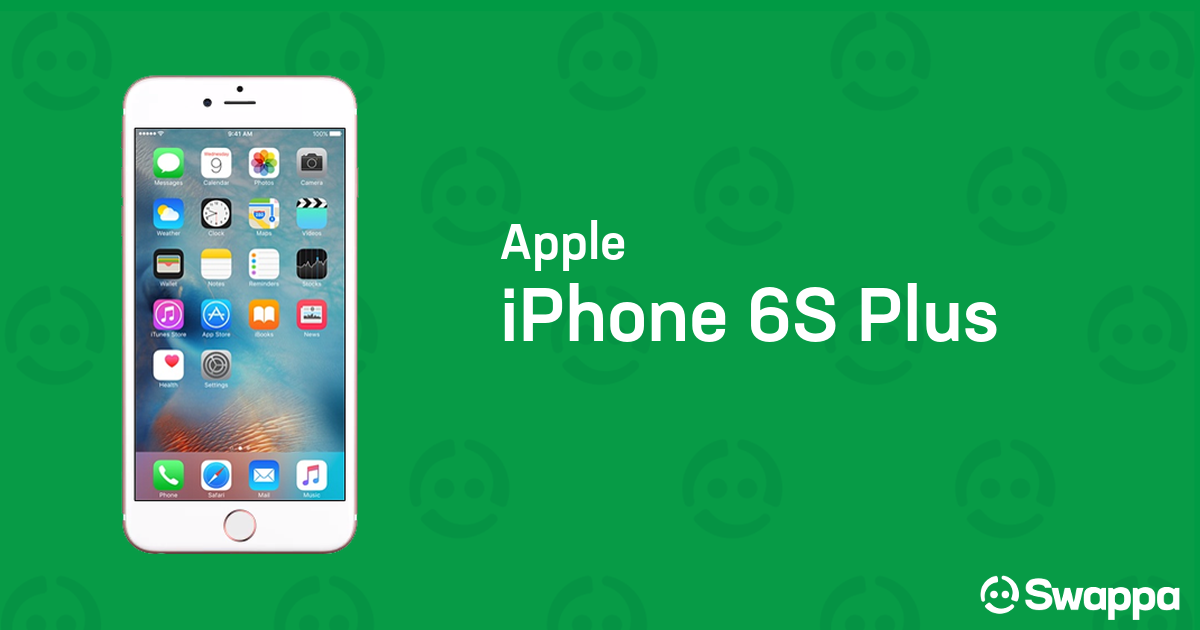 iPhone 6S Plus for sale

On iPhone 7 so time to get an upgrade.

I will likely upgrade but not sure which phone. I’m currently using a 6s Plus.

Thanks for the info on Swappa. With a 3-year-old piece of hardware (albeit in excellent condition) I’m not sure I want to direct-sell to a buyer who could dispute the deal, though. At this point I’d rather deal with a buying service from Gazelle, BestBuy, Amazon, Apple, iCracked or NextBuy. What I’ve generally found is that Amazon offers the most, and quickly credits my account. I’ve sold them an iPhone 5 and an iPad mini, each time getting (a bit) more than competitive services.

FYI looking at completed ebay auctions of unlocked 6s Plus units I see they sell for $200-$300, in line with Swappa. If I don’t sell to Amazon I might give my phone+box to a relative to ebay for me; she has $1000+ sales on the site and she owes me - I gave her an All-Clad skillet I didn’t want and I later saw she sold it for $93+ shipping on ebay, lol.

Missed all the Apple news until just now, glancing at apple.com – I looked at all the X’s and S’s and R’s and Max’s and thought, “Ugh. I don’t want to have to understand all this.”

My X is only 6 months old now so that’s fine for the next year or two.

I’m actually happy that they released a new phone because it brings the price down on the older phones. I’ve got kids that are interested in getting a phone. This will allow me to give them something that I will cost me too much money.

For right now I am holding off to see what the pixel 3 is like, first the first time ever I need to care about the camera so I might move to the Xs but that’s a decision to make later

Not until my 6s completely dies. Hoping to get another 2 years out of it before getting a new one.

My iPhone 6 with a new battery is fine, but I was with that guy saying ‘no way’ just before Phil announced depth of field adjustment.
Luckily it’s not available day 1 in Thailand, so I have time to think objectively.

In 2015 you’d have paid paid $850 for what was then the most expensive ‘standard’ sized iPhone you could get - an unlocked 128Gb iPhone 6S. Right now a 128Gb iPhone XR, with dramatically better specs and camera, and nearly 50% bigger screen, sells in multiple colors for $799.

The popularity of the $999 iPhone X simply showed Apple that there were people willing to pay more for their premium phones. People don’t have to buy them but the value proposition is there if you look at the improved specs people care about (eg camera). The cheapest phone Apple now sells is the iPhone 7, for $499. Respectable option.

The role of a phone has also expanded to “my primary compute device” for a lot of people (a reason for bigger and bigger screens) - those people are actually getting a really good deal if they can replace a tablet, laptop, and phone with a single device, even if that single device doubles in price. And if Apple is no longer selling them the tablet or laptop component, they for sure want to make money on the phone side.

To me the puzzling element is what they hope to sell in India, a market they’ve had trouble cracking, and which has a smaller middle class than China. A lot of people thought an SE2 or XR would be a lower-cost phone to help sell to emerging markets. Instead Apple seems to be focusing right now on increasing margins with higher-quality phones stuffed with the latest, fastest, multicore processors and co-processors.

The iOS ecosystem is deservedly ‘sticky’ yet it’s still surprising to me they’re conceding so much of the low to mid range market to Android right now.

Like I said over in another thread, if you look a top-of-the-line iPhone XS Max, it’s screen is about the same resolution as a 13" MacBook Pro, it has as much storage as a mid-range MacBook Pro, and if last years’ benchmarks are anything to go by, it’s processor will probably be competitive with at least the entry-level MacBook Pro (if not the mid-level model). Considering what you get, it shouldn’t really be surprising that it costs as much as a MacBook Pro ($1449).

Thought about the ULTIMATE AWESOME XTREME OMGOMGOMG edition but decided I want a smaller phone, not a bigger one. I currently have an iPhone 7 Plus, and I’m going to go with the XS, or whatever they’re calling the smaller of the two high-end phones. Which, at 5.8 inches screen size, is still plenty big.

Apropos: Anybody remember the show “Mad About You?” Went off the air in 1999. The final episode took the characters into the future, several years at a time, and you see their mobile phones getting smaller and smaller. So that didn’t happen.

As much as I would like to get the “Double McLargeHuge” (XS-Max) with all the trimmings, with specs so closely matched on all the devices, my instinct is to say I will stick with a more affordable Xr.

I admire Apple’s ability to create defined tiers for their products (Xs and Xs-Max are definitely “Pro” versions of iPhone) but I don’t really have much personal use for a pro iPhone. Especially since so much of my notification interactions happen on my Apple Watch.

I am a member of the ‘Nope’ group.

To upgrade from the X to an Xs does not make any sense for me personally. And to go for the bigger one… Well, to some degree I would like to because a bigger display is always nice, but then again: for me, it is just too big.

And there is one more thing: Having paid more than 1,300 Euro for the iPhone X, I am not ready to pay the same amount again. Or even more…

So, no iPhone for me this year.