As discussed is several other threads about the M1, Windows does not work on M1 Macs as of now.

I thought that it might be a good idea to discuss this topic in a dedicated thread.

Codeweavers has just managed to get 32Bit Intel Windows apps to run under Big Sur 11.1 Beta using their product and Rosetta on the cheapest MacBook Air M1.

Have a look at codeweavers.com.

No, that is no real VM, but I am quite sure that we will hear more on that from VMWare and Parallels later.

I think the main blocker at the moment is lack of commercially available Windows ARM.
The paging stuff is sorted in the new M chips that was a barrier in the DTK.

Yes, but… The thing is that Windows for ARM is not a real solution for every issue, even if there was proper licensing available. There is a lot of Windows software out there that does not even support Windows for ARM. You need a x86 (I am referring to x86-64Bit) architecture for that. That might change eventually, though.

To me, the question is how well Rosetta will perform in combination with virtualization and how long it will be available within MacOS. Codeweavers’ “solution” using Rosetta shows that the performance with Rosetta on a M1 is better than it could have been expected.

I think that the long-term solution is to run Windows natively on a PC or somewhere else for performance reasons (a VM on a Mac never was the best idea for that, that is the reason why Bootcamp was available). But many Mac (like me and yes many does not mean all!) users do not need performance when running Windows. They just rely on a few apps they need. Those apps need to run. And I think that that the signals of that becoming feasible are encouraging.

I look forward to what VMWare and Parallels might have to tell in the future.

You need a x86 (I am referring to x86-64Bit) architecture for that. That might change eventually, though.

Microsoft has announced x86-64 emulation is coming to Windows ARM:

Microsoft has announced x86-64 emulation is coming to Windows ARM

How cool is that?! I missed that. Thank you!

Yes, absolutely. Then again, I get that to some degree. I think that a lot is happening behind the scenes. Big Sur 11.1 apparently will address lot of issues like CodeWeavers has hinted.

Yeah, this is awesome!

Will have to try this again. Last time I tried CrossOver it was like running an app in Windows 95 – horrible UI, buggy, and crashy.

Definitely give it another chance now that Apple Silicon is around.

There is a very nice interview with Craig Federighi, Johny Srouji, and Greg Joswiak online at 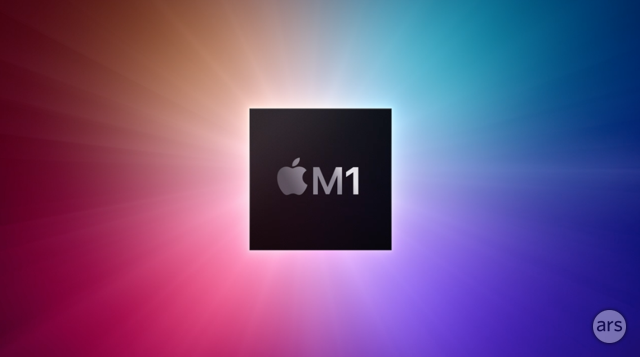 “We are giddy”—interviewing Apple about its Mac silicon revolution

Regarding Windows on M1 Macs:

While running Linux is important for many, other users are asking about Windows. Federighi pointed to Windows in the cloud as a possible solution and mentioned CrossOver, which is capable of “running both 32- and 64-bit x86 Windows binaries under a sort of WINE-like emulation layer on these systems.” But CrossOver’s emulation approach is not as consistent as what we’ve enjoyed in virtualization software like Parallels or VMWare on Intel Macs, so there may still be hills to climb ahead.

As for Windows running natively on the machine, “that’s really up to Microsoft,” he said. “We have the core technologies for them to do that, to run their ARM version of Windows, which in turn of course supports x86 user mode applications. But that’s a decision Microsoft has to make, to bring to license that technology for users to run on these Macs. But the Macs are certainly very capable of it.”

When Apple announced the M1 processor, it highlighted the possibility of virtualizing Linux but remained coy about Windows. One of the great advantages of using Intel processors on the Mac is that …