Would you be interested in an Apple search engine?


If it has a focus on Apple integration/privacy and is powered by Google, then I will switch to it in a heartbeat. Interesting. Regardless, I hope that increased activity leads to better Siri results.

This is probably the only reason for these improvements to apple’s bots.

Apple definitely has an internet search engine. When you do pull down search on iOS you see the results from Apple’s search engine.

I think it’s a great idea, but only so long as it doesn’t take resource from other areas. Apple’s already spreading its resources thin.

Those search bots have been around for many years.

Apple has licensed Bing searches for Siri, but since requests go through Apple privacy has been assured. But Siri search (or searching from the pulldown or widget screen) has been powered by Apple itself for a while.

It makes sense for Apple to have its own bots and search capabilities - to own a bit of that piece of the widget - but unless it spent billions (in ways that would be seen by outsiders) it would not be able to match DDG or Bing, let alone Google.

There’s little upside in Apple’s releasing its own search engine when (a) it derives north of $7Bn/year for making Google the default Safari search engine, (b) its own search engine couldn’t compete (I use DDG but constantly have to bang over to Google for even slightly sophisticated searches, ( c) the resulting poor user experience would reflect badly on Apple, and (d) search engines are expensive and paid for by advertising, and Apple is very bad at that game and has even pulled mostly out of it. (Remember iAds?)

And one more (e): Apple aims at family-friendly videos, and blocks ‘explicit’ titles in Apple Music, Movies, Books and iTunes. While search engines offer filtering, would Apple go far enough to compete in unfiltered results? I think it’s a can of worms for them.

When Apple started on its Maps project it did so out of a case of self-preservation, because Google wasn’t allowing turn-by-turn and other functionality, in Apple’s version of Google Maps - they were keeping it for themselves and Apple felt cornered and needed to protect itself. The resulting Maps project is now eight years old, has costs many billions of dollars, and for most of the world is still inferior to Google Maps. I don’t see reasoning behind a similarly expensive move by Apple for search, but I do anticipate it would be a distant 2nd or 3rd or 4th in search for many, many years if it did try to offer web access and API.

Apple definitely has an internet search engine. When you do pull down search on iOS you see the results from Apple’s search engine.

Yes, but what about a search engine like Google?

Siri gave me the the preferred time value on my Mac - about a year longer than the answer you received, interestingly enough - and equivalent to Google’s result (which used a different source, and whose answer I prefer): What if it was powered by Google though?

I’m certainly interested in an Apple search engine, hoping it would provide something competitive to my current choice, Duck Duck Go.
I’m sceptical though that (a) it will happen, and (b) it will be any good if it does.

In the same way that they’re squeezing Facebook it’s conceivable they could offer some basic web-based search capability but I doubt it. iOS 14’s offering users the ability to block tracking dovetails with Apple’s foundational privacy stance and costs little to implement after initial OS development, but offering a quality search experience that a privacy-focused individual would choose over DDG or StartPage would not only be extraordinarily expensive, take years to accomplish, and would perhaps hurt Googe’s competitors at least as much if not more than it hurts Google.

I don’t thing that another step in the direction of a monopoly is a wise choice for apple. (Edit: monopoly in the way of a company that provides a 100% experience in their ecosystem: hardware, OS, stock apps, marketplace, services…)

And the cost aspect is relevant too.

I don’t thing that another step in the direction of a monopoly is a wise choice for apple. (Edit: monopoly in the way of a company that provides a 100% experience in their ecosystem: hardware, OS, stock apps, marketplace, services…)

I still don’t think they’re going to offer a competitive search service. But offering your own option in a number of services is not the legal definition of monopoly anywhere I know, and if your definition were close to accurate PlayStation, Nintendo, XBox, Atari, Colecovision etc would have been sued for ‘monopolist’ practices going back to the 1980s.

and if your definition were close to accurate PlayStation, Nintendo, XBox, Atari, Colecovision etc would have been sued for ‘monopolist’ practices going back to the 1980s.

Well apple’s scope of operations is a little broader than the companies/platform you mention.

Still, the point is not a legally binding definition of monopoly, which was not my intention, but the fact that we should talk about anti-competitive practices (different and broader) (I should have put monopoly in quotation marks, sorry) and the fact that since it’s involving (in the US or the EU) legislators, not only judges, we might have a new definition of monopoly or anti-competitive practice, tailored around tech giants.

Anyway, more in topic, I don’t think that more “concentration” of services is in the interest of apple nor the consumers (well apple’s clients): diversity and a thriving ecosystem is, IMO.

On the subject of the merit of an Apple traditional web search engine (I.e. not the one they already have with Siri), I am almost entirely negative. I don’t see what value proposition they could make that would not compete directly with DuckDuckGo. Would rather see Apple simply continue to present them as an option in Safari and assist them with marketing in other miscellaneous ways. And then continue their work to compete with Google to supersede traditional search engines with proactive contextual presentation of information and with voice search.

apple’s scope of operations is a little broader than the companies/platform you mention.

But that just underscores that this was a personal definition unrelated to what the law is. By the argument you proffer Apple shouldn’t be looking at other any other markets or products lest their competitiveness would somehow be anticompetitive due to already offering other, unrelated products and choices consumers can pick or leave. Should Apple have not sold the Watch? Should it not have gone into Maps? Or sold AirPods? Should they abandon their self-driving car initiative?

Apple Maps is mostly inferior to Google yet it makes the market more competitive. HomePod is a great speaker with smarts but not the best speaker, nor the best smart device with a speaker. So this ‘concentration’ hypothesis doesn’t persuade. It’s not a monopoly, and there’s nothing illegal, immoral or fattening about moving into new products, services or categories. And I don’t understand the argument that the more successful a company is with its products or services the less ‘wise’ it is to offer more.

I think it’s a wise choice for Apple to build on its core strengths. But a global search engine doesn’t seem to be one of them - ever tried searching in the App Store?

The advantage of Apple having its own search engine is twofold:

While I see the financial aspect of using Google it would be “on brand” for Apple to bring it all in house.

What if it was powered by Google though?

Apple is a $2 trillion company, not to mention that they could easily just get their results from Google (like what StartPage does).

If that wasn’t an option for whatever reason, should they just acquire DuckDuckGo?

An Apple search engine might be in the realm of possibility after all. 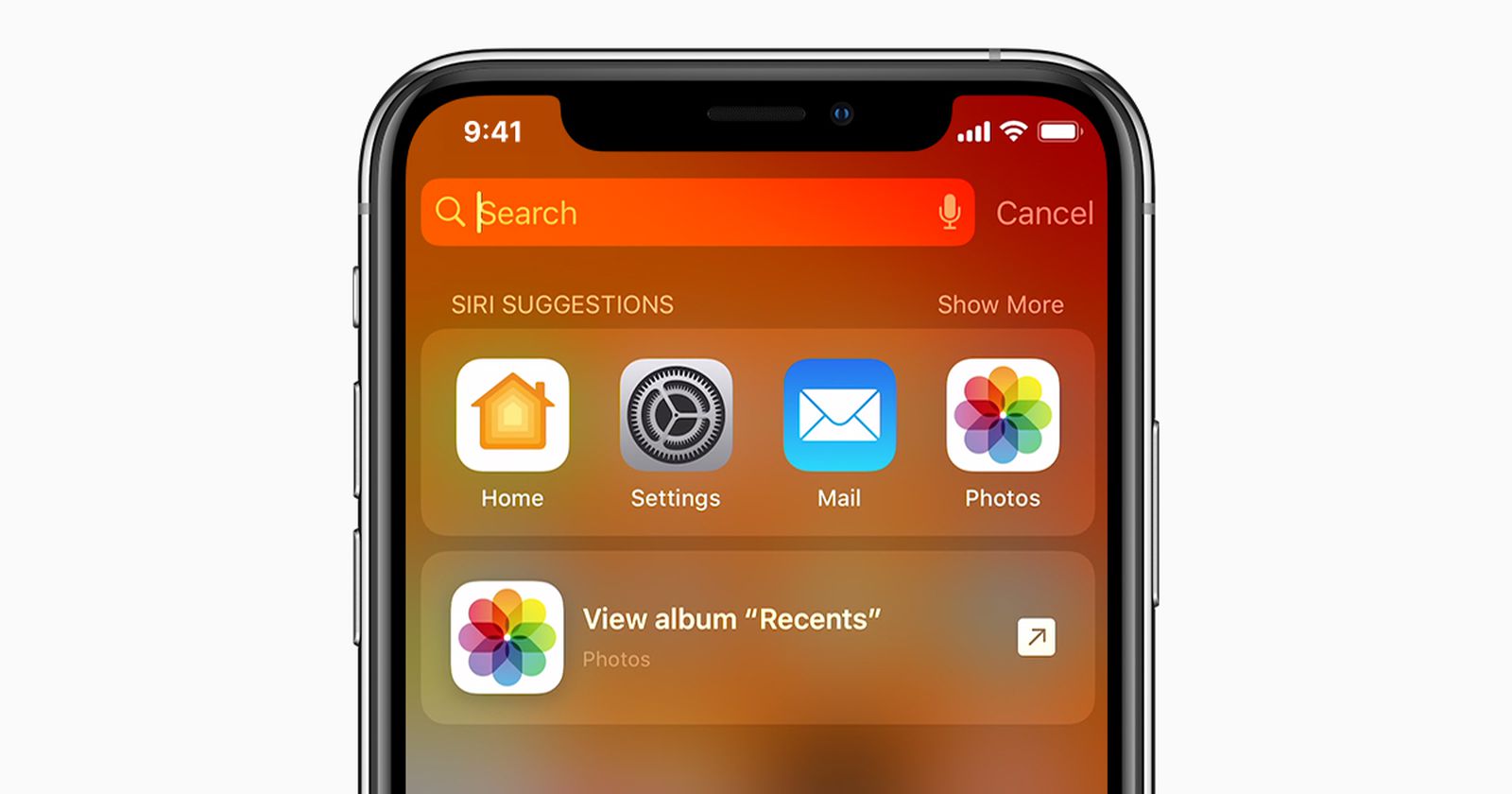 Apple is "stepping up efforts" to develop its own search technology as U.S. antitrust authorities target a lucrative deal between Apple and...


Also, the name “Voyage” really sticks. I like it!

If it was powered by Google, but results remained anonymous (identical to Startpage), I would also use it in a heartbeat. I’m surprised that most people haven’t considered that outcome yet. Apple would cut their search deal with Google that makes them billions of dollars, but it would essentially be reversed, with Apple paying Google billions of dollars a year in order to have access to their search results for Voyage (

Seriously though, that name serves as a great companion to Safari.