I have started using an app called Yoink which allows me to throw items into it including files on iOS. I am finding that this is quite an indispensable app for managing files (some of which I may just keep for a few days). It integrates nicely into the share sheet of iOS and works extremely well on the iPad. The app seems to have slightly less functionality on the iPhone as you can’t snap it while using another app (which os pretty useful).
What other apps are people using for this and why ?

Gladys is another great option in this category.

Yoink is also great on the Mac. I use it much more on that platform.

I use Yoink on macOS and iOS, but am using Gladys more because it is great at cross-platform sharing.

I’ve tried Yoink as well as Gladys and Copied and others. As is often the case what I’m finding in actual use is that Apple’s native apps are likely the best option for me. I can drag and drop into Files app for storing temporary images or other documents or, just as easily for text, images, pdfs, I can drag into and out of Notes. And of course both of those apps have action extensions. They both sync up very quickly to iCloud should I need to hop to another device.

I use Yoink on the Mac, but for years before that I used a similar Mac app called Xshelf.

First I ever saw this shelf concept implemented was on Steve Jobs’ original NeXT systems, where a shelf was integrated into each ‘Finder’ window. 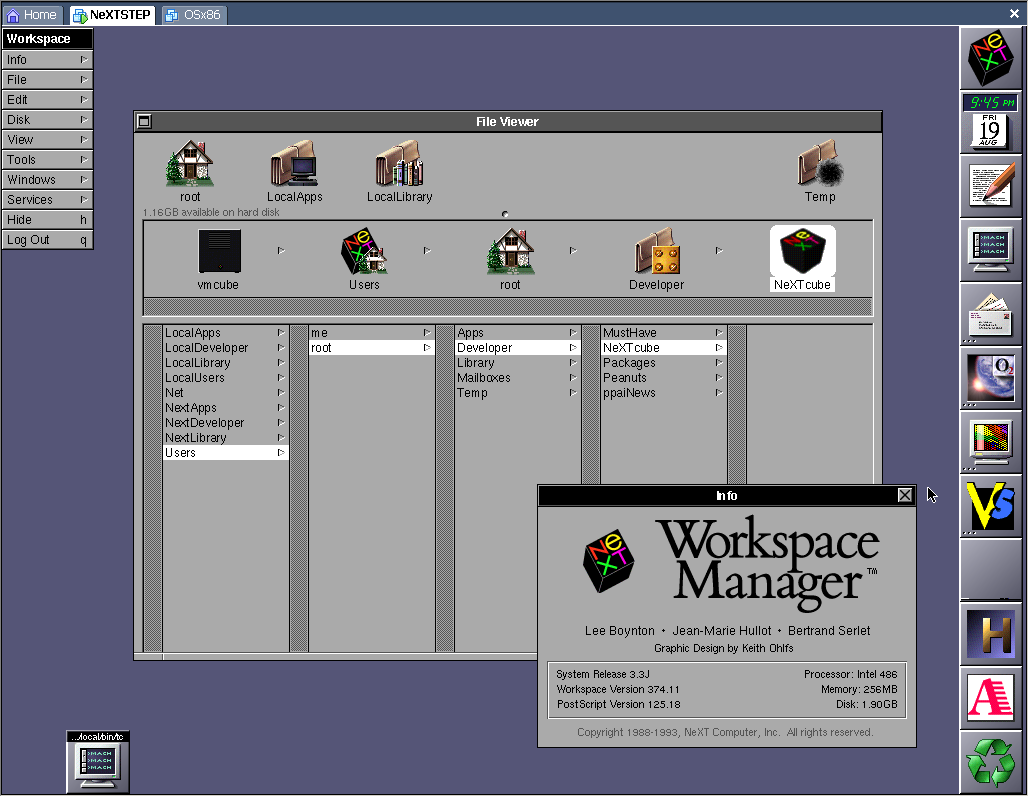 I use Yoink as well, but wish the developer would put in syncing capabilities. I also use Gladys and Copied, which both sync between devices. 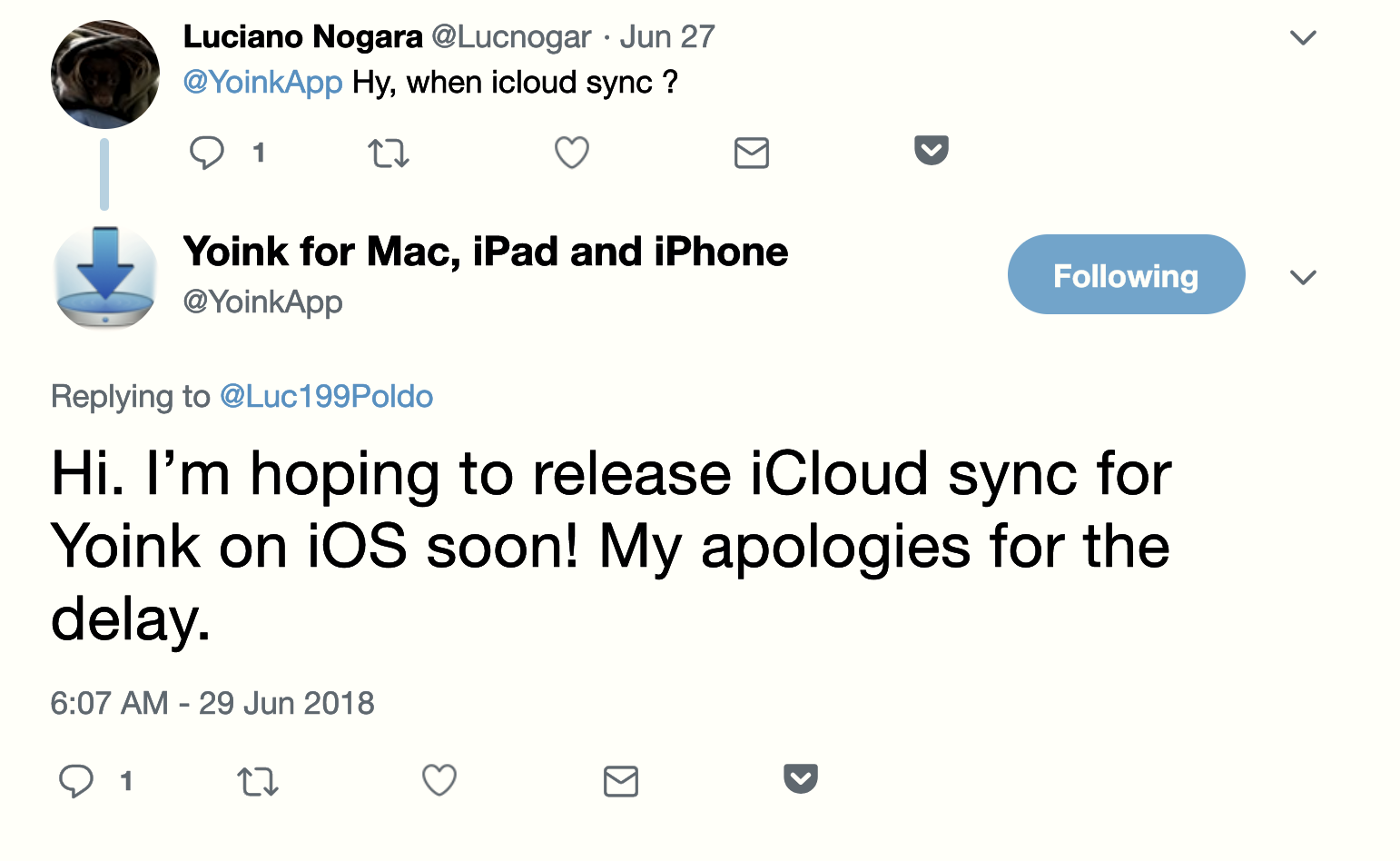 Thanks for the information.

I first encountered the idea of a shelf in the Path Finder app, a Finder replacement that offers a “Drop Stack,” which is basically a shelf. I think Yoink is more fun though. Just saying “Yoink” is fun!

Right now, on iOS Gladys seems to have the edge. (IIRC Federico Viticci of MacStories.net has been doing comprehensive ongoing comparisons and prefers Gladys as well.) But I’m a Mac Yoink fanboy and will probably move to the iOS app from Gladys once sync is perfected.

Today I put Gladys, Yoink and Copied through their paces on iOS. I found Gladys to be technically superior and made the workflow the easiest. Copied was great for its Mac sync, but not much else. Yoink looks the best, but offers the least.

It struck me that what a really good shelf app needs is to be “value added”. As I’ve said to Matthias (author of Yoink) the ability to run scripts against the dropped data would be really handy.

This on both Mac and iOS.

And Matthias has indicated syncing is on his radar.

Copied was great for its Mac sync, but not much else

Copied’s got a lot more under the cover. Its templates and rules – available on Mac and iOS – are not matched by Gladys or Yoink, in my opinion, for those who need more than a simple copy-sync-paste set of features.

For which OS, friend?

Sorry should have mentioned before MacOS.

I use Copied on my personal systems as it works great and syncs clipboards across different devices. However, on my work computers a while ago they started blocking iCloud Drive so now the syncing doesn’t work for those machines. On those I use the clipboard feature of Alfred.

Copied is better because it can sync with my iDevices as well as my Macs but Alfred is better where I don’t need that because it’s one less thing to have running on those machines that can’t make use of Copied. And having clipboard stuff in Alfred is almost like getting it for free because I’d use it even without its clipboard capabilities, but syncing between Macs and iOS devices is definitely an awesome feature that I use Copied for.

Yoink is my most used app on MacOS. Yoink on iOS recently got a universal clipboard feature but would really shine if it has iCloud sync. I’m fine with a sync between two iOS devices but I would keep the Mac separate since I use them differently between those two platform.

Thanks Martin. I’ve asked him the same thing when I purchased Yoink for iOS and macOS. The apps need to sync between these platforms to be really useful to me. Copied does this, and it is truly da bomb.