With Matter on the horizon, there has never been a better time to get into home automation. On this episode, Stephen and David talk about how their HomeKit setups have evolved over time and what they hope Apple and others can add to the smart home.

All the cooperation between companies around Matter is impressive. 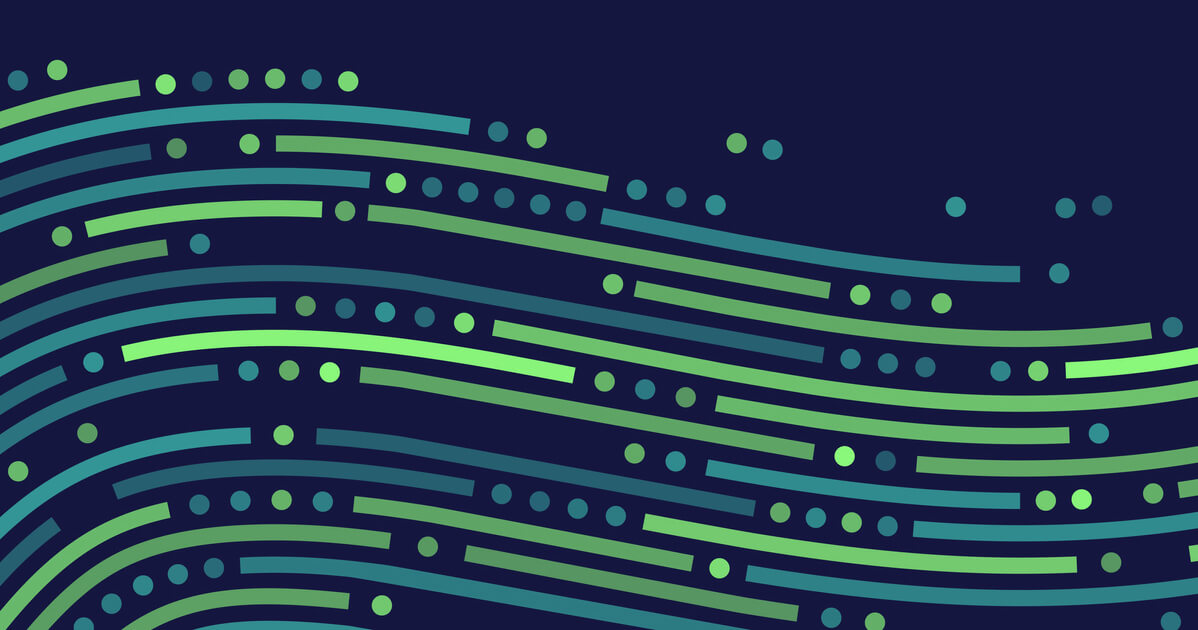 What is Matter and What Does It Mean for Your Smart Home? | Reviews.org

Matter, a new smart home standard, will let all smart devices communicate. Read our guide to learn how Matter works, when it launches, and which devices will use Matter.

Re: Automatically disabling Eufy (or other) cameras

If USB power, simply connect a HomeKit smartplug to the power outlet

If a PoE camera (most are not HomeKit), use a managed PoE Ethernet switch which provides remote reset or power cycling of individual PoE ports.

Thanks for mentioning HomeDevices app

Just found your podcast - great info and it led me to these forums which also are great…thank you!

@MacSparky, with respect with what to do with a HomeKit enabled power strip, I use one that I control via Shortcuts, via Bunch on my Mac. I have a Morning Bunch which, among other things, turns on (and off) my desktop speakers and the power to my work laptop.

I’am wondering if the Aqara Vibration Sensor is sensitive enough for my mailbox - to catch the vibration from a letter thrown in.

I have to place the sensor outside at the bottom, because our mailbox is made of thin metal (wireless signals are blocked).

slightly off topic but still relating to Homekit. Despite all the improvements on HomeKit and apps, etc. I still cannot get Siri to start a daily routine controlling the HomeKit. With Google Assistant, I just say “Hey Google, Good morning”, then it would turn on the light, cancel any alarm that is set , broadcast the daily news.

I know this is between Siri, Shortcut, etc, but no matter what is the cause, this is stopping better automation of which HomeKit is supposed to support.

also with the rising electricity cost, I am thinking of turning off the TV , Apple TV, HiFi, etc every night with a Hookkit controlled timer.

would that cause any harm if I turn on and off every day? I cannot think of any but thought of checking with the wise MPUers here before I do that

I personally wouldn’t.
The devices you listed (making some assumptions, like you don’t have a tube amp), probably use less than 10 watts in standby. That means in 4 days they would use 1kwh of electricity. Here that would be about $0.10.

Another concern is for OLED TVs that can be damaged if disconnected from power and not allowed to go into standby mode. It seems they perform maintenance on themselves that helps eliminate ghosting and burnin.
Discussion and articles here and there online, e.g. like this.

thanks @JohnAtl , I am glad I check with the wise peson before I went ahead. My old training told me that all standby applicances add up to a fair sizable consumption.

Now thinking what I can look for savings …

I want to make one point regarding the podcast. Perhaps I misheard, it was mentioned that Lutron has not decided whether to make their future products Matter certified. I found this site listing a few products already. Lutron is also part of CSA , the organisation developing the Matter standards. 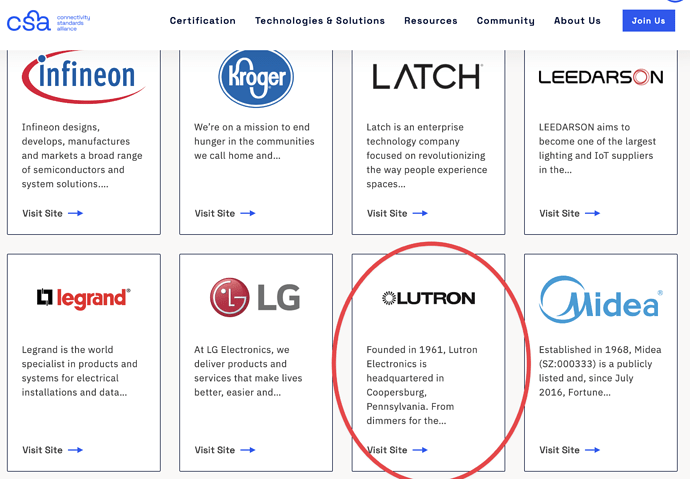 Lutron has not said anything officially on how, what, when they will support Matter.

They are traditionally very tight-lipped, so not surprising. But they don’t always do what might seem logical or expected.

Most of us hope they will upgrade existing hub/bridges to support Matter, but no one knows.

Keep in mind that Lutron already directly supports HomeKit, Amazon Alexa, Google Home, and Samsung Smarthings so there is less pressing need, in the short term.

Contrast, for example, with the hardware company Eve. They only support HomeKit so their early adoption of Matter means they expand their market to Google, Amazon, Samsung customers.

If you are already using HomeKit, Matter won’t do much until eventually other products that do not have HomeKit support now, add Matter support.

Is it 3 months, 6 months, or 12 months or longer before we see a flood of new native Matter products? Nobody knows yet.

There is a lot of old and out of date information used to inform claims that standby and “leech” chargers can save you tens or hundreds of pounds a year.

Information peddled by UK consumer organisations recently used information from over 15 years ago to talk about TVs on standby, Playstation 3/XBox 360 power wastage (newer consoles are far more efficient both in use and on standby) and device chargers left plugged in while not connected to a phone.

I’m not saying that energy and therefore money can’t be or shouldn’t be saved, but unless you have old equipment, the amount can be a lot less than expected and the cost of Homekit devices to effect the change could significantly reduce the realised reduction In energy costs.

Saying that I had installed Homekit LIFX bulbs in my hall and had them on scenes and with Automations to dim them when we were likely to be in bed and turn them off when it was daylight. A few weeks ago, I replaced those two bulbs with cheap (£10 for 2) PIR LED bulbs which are activated by motion. I’m hoping that these save some money by being on for less than an hour a day as we pass through the hall. These aren’t Homekit, but they’ve been effective.

This is my first MPU talk reply. Hello everyone!

My HomeKit journey started a couple of years ago out of necessity. Our (then 5 year old) daughter was waking us up as the sun rose during the summer. Here in California, that can be 5:30am. So, I set up a meross bulb that turned green at 7am, then off at 8am. I set the same bulb to turn orange when it was time for teeth brushing and pjs, and blue for time to get in bed and read. It worked! It made mornings so pleasant. I was hooked! (Yes, I know the Pavlov dog thing, which is where I got the idea.

). We still use it to this day and it help my wife and I as well, aside from getting enough beauty sleep and getting ready/into bed seamless. We’re all conditioned… And our HomeKit setup has exploded from there.

Now, for my office I have a scene for when I arrive at the office (in the parking lot) that turns on the lights (meross wall toggle switches), set’s the heater (Mysa), set’s the desk lamps to the right lighting (meross), turns on a cool blue bookcase backlight strip (GE), switches the security camera (Circle View) to stream only/from record and even turns on the outlet where my electric kettle is plugged in (for safety, it does not start it). And it does everything in reverse when I leave which makes life easy and save a lot of electricity. The funny thing though, is I drive past my office on my way to drop my now now 7 year old off at school and everything switches on for about a minute. I am thinking of a way to solve that one.

It has been fun, very useful and energy saving. I also use ControllerForHomekit for better control and Homebridge (on a mini) for some stuff too. Plus, I’m a programmer, so I like the tinkering/control.

I look forward to every MPU episode. I get a lot of great tips. Thank you!

Welcome to the forums!

Welcome to the community. Your setup sounds great.

The funny thing though, is I drive past my office on my way to drop my now now 7 year old off at school and everything switches on for about a minute.

Let us know if you find a good solution for this.

Have to throw in a shout out for Mysa for infrared thermostat control also. I just went through a massive research, including buying units from Cielo (the Breeze) and Sensibo - I posted in detail at Automators about this.

One thing that they got wrong… Thy Mysa is one step better than the others, and an IR blaster. It has a climate feature that monitors the temperature in the room, and will adjust the units temperature setting cooler or warmer if necessary. I use my units for heating in an extreme northern climate. In my new house, not as much, but in my previous house, the air handler was near the ceiling, and always read a higher temperature level than at the floor. The Mysa would have compensated for this, and it is a great feature!

The Breeze and Sensibo have features that will turn off the unit when the temperature hits a certain level, but when using these units, particular a high efficiency heat pump with a variable compressor, it is not good to turn them on and off, as the compressors are made to reduce and increase output - they actually use less energy than trying to come on and through maximum heat or cooling all of a sudden (and the compressors last longer as well this way) .

I can confirm the Mysa does this, as my units beep when they are receiving a command. Mysa sends them commands when I haven’t set anything for it, so it is definitely working, and keeps the house very comfortable. HomeKit function is great.

The Cielo was a nice unit, with a nice display and you could turn it on and off from the unit. But no HomeKit, and no open API so I couldn’t even make it work with homebridge. It did have a nice app thought. The Sensibo unit was HomeKit, but no controls from the unit on the wall - app or HomeKit only. It just didn’t feel right having to get my phone out to control it if I was right next to the unit. Yes, we have Siri with the HomePod… but sometimes it is not quite with it either.

The Mysa is the best of both worlds, and I highly recommend it!

One thing nobody ever talks about - I have a Moen U-Shower in my home. HomeKit compatible shower. Nothing quite like it!

More than the HomeKit compatibility though - Just having temperature and jet controls on the wall, and you don’t have to reach through and freeze your arm to turn on the water.

Also, if someone runs water while you are taking a shower, it will control the water temperature.