Jesse Grosjean (previously TaskPaper and WriteRoom) has released a new app, Bike, which combines a text-editor and an outliner. I couldn’t click download fast enough.

How fun and cool is the icon……

I have pretty much bought everything he has developed, starting with Mori (Hogbay Notebook). Writeroom, Quick cursor, Folding Text and task paper.

He seems to get very excited then he either abandons it, sells it or innovation slows to a standstill.

Mori was a brilliant and simple notebook, but he sold it and the new owner did nothing with it

Writeroom was possibly one the first distraction free text editors on the market, but in a world where plain text/markdown is so popular he hasn’t updated it in nine years.

Then there was the “will he won’t he” over Folding Text three (typically it turned out to be …sort of).

I like his software (and I appreciate he is a small developer), and I have bought it all - but they all seem to die a slow death. No doubt Bike will be brilliant, but I have been burnt enough times.

He sold it in November last year to Double Dog 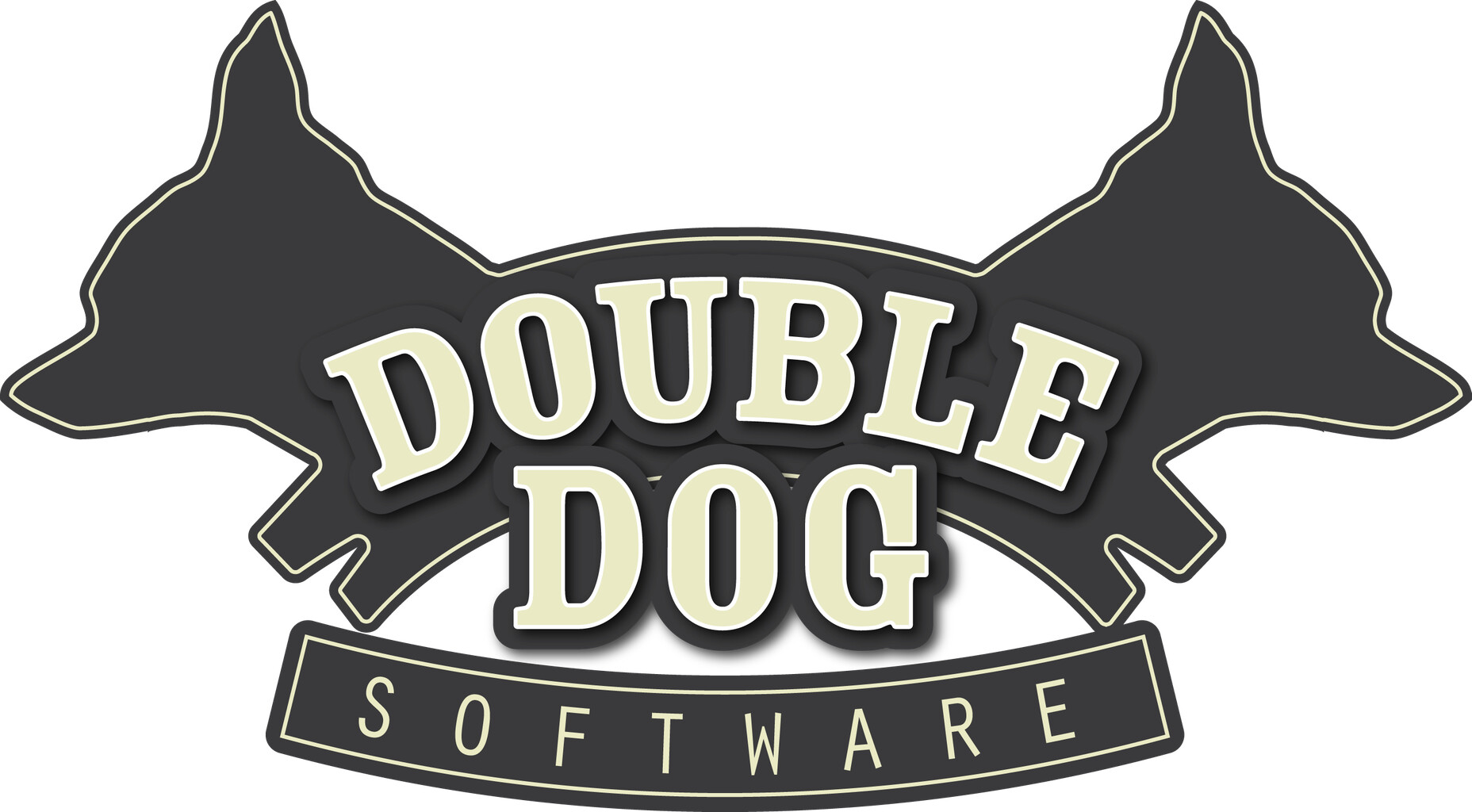 I feel you. I didn’t know of Mori, but all the others I’ve used and loved and grieved. LOL

TBH, I think I feel a kinship with developers like these. If I were a developer, my products would probably follow a similar path. I’m just glad he’s still making stuff.

I watched the video, seems to me like a mind map does a lot of the same things as this app. How is this better/different than a mind map? 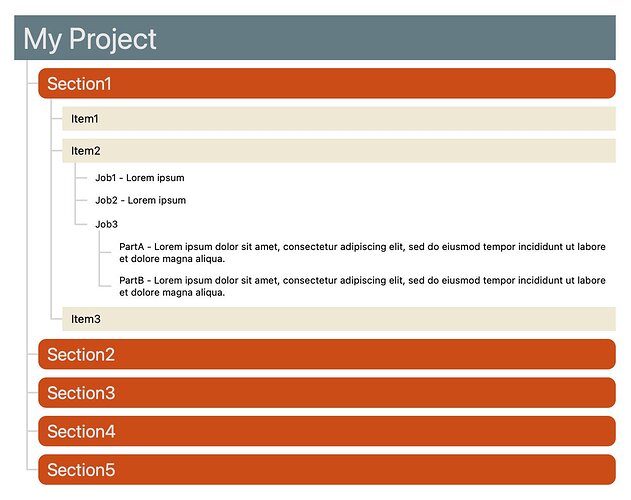 MindNode has an outliner mode too. Which is why I think Bike isn’t really adding anything new, plus it doesn’t have the visual mode of a mind map.

I prefer to use mind map software like Tinderbox, or draw maps in GoodNotes or on a Whiteboard. I don’t really like how most mind mapping software auto-places/sorts visuals for me.

The ability to space out the document like I can in a text editor while retaining the structure from an outliner is a nice feature. I always feel claustrophobic in outliners.

Here’s an example of some meeting notes I took today and how a traditional outliner would treat them (on left) and how Bike lets me space it out w/o messing up the structure (on right). 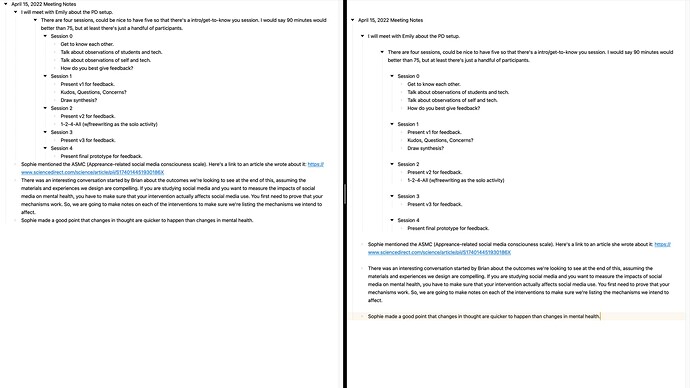 Oh I see, that is nicer.

Spacing is set in Bike preferences. Simple and nicely done: 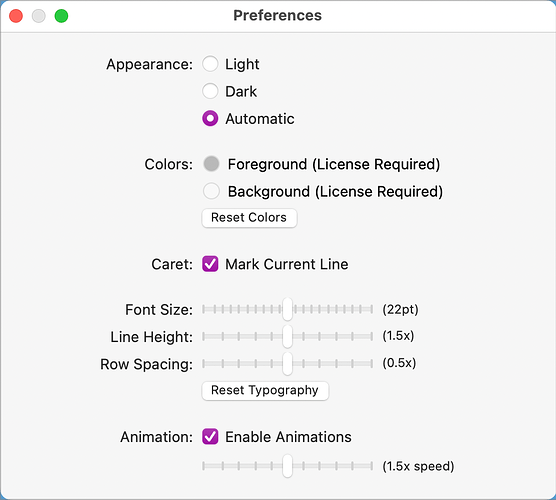 @beck I know how to adjust spacing between rows. But if I’m seeing your example correctly it seems that you have some uneven spacing: i.e. the spacing between sessions (e.g.) are greater than the spacing for subtopics within a session. I like that format a lot. Are my eyes deceiving me? Or how did you get that uneven, and very pleasant, spacing?

So this is an expensive app with fewer features than the competition…?

some uneven spacing: i.e. the spacing between sessions (e.g.) are greater than the spacing for subtopics within a session

Yes, that’s what I was trying to point out.

Hit enter at the beginning of a line to get more spaces that aren’t bulleted.

@beck Ah, got it! Many thanks. It’s nice that when you double-enter the indicator triangle no longer shows up in the emtpy row. The preferences for line height plus row spacing, combined with your double-enter hack, all make the process more beautiful (at least to my eyes)

It’s not a hack, though, it’s a feature. One, I believe, that sets Bike apart from other outliners.

I’ve not had coffee yet. Feature vs. hack vocabulary not yet activated in brain cells.

… and, yes, a very nice feature

I bought the Bike app but don’t see myself using it until at least v2. It is nicely done but still missing a killer feature. And it doesn’t replace my use of TaskPaper, at least not yet.

In regards to no longer storing files in plain text, I realize that compared to HTML, plain text and even Markdown is very limiting. HTML (and CSS) can display almost anything. (Light Bulb goes on!) That’s probably why The Bike app prefers to store its documents in HTML. And why Bike has chosen to leave TaskPaper behind with its plain text format. I’m looking forward to what might come from that freedom and flexibility.