Since the other thread seems to have gotten bogged down in discussion of the name, what does everyone think of the new visual design language of macOS 11?

I’m still sorting things out, but my first impression is pretty positive. It does a nice job blending the macOS and iPadOS design languages. For some reason it particularly reminds me of the pointer in iPadOS 13.4, maybe because Apple highlighted many of the elements it brought to macOS in the videos it released when 13.4 came out.

It definitely redefines what macOS and modern Mac apps look like, but that’s not necessarily a bad thing (I’m much more concerned about them retaining the functionality of the Mac than it’s appearance).

I agree. There’s clearly some blurring of the lines with iOS.

Personally I’d like to have seen the control centre use Mac like controls and there seems to be an over zealous push to increase the presence and radius on rounded rectangles in the UI. That’s fine for iOS where need large targets and those shapes look less harsh and at home.

We’ll need to see how well these elements work in practise and how reliable the software is (which is of course more important than its name).

That’s fine for iOS where need large targets and those shapes look less harsh and at home.

There was some discussion on the MPU live stream of whether this is a sign that the need for large touch targets may be coming to macOS.

I appreciate the greater use of color and dimensionality, but I’m not a fan of translucency; thankfully, that’s easy to attenuate in Accessibility. Overall high marks.

That is good news. I think some of the “flair” used in PR images looks pretty but not practical in everyday use.

Personally I’d rather see an option to “Customize” where these features could be turned ON rather than being ON by default but that’s never going to happen when they are viewed as marketing collateral.

As a long time Mac user and much more limited iOS user (and I don’t use an iPad at all), these changes are simply annoying. It doesn’t run any better or is easier to use with these changes. And I see no new features at all (the new control center and notification center seems to be broken in the menu bar, probably because Bartender is broken).

Someone I know recently wrote that it’s clear Apple is working on a unification of design language where it’s appropriate. (Perhaps in anticipation of dual-boot Mac/iOS machines or at least the “iPhone and iPad apps just running natively on Mac” thing they glided over.) Judgement should be withheld for now until the OS gets in hands of reviewers; so many times things that look good/bad in demos turn out the opposite in real life use. For example, I’m used to the look and feel of the current macOS (see the video comparison below), but that’s not to say that the advantages of the update won’t make me fall for it once I use it.

It’s kind of neumorphic, but flatter.

I think it’s fine. Looks like we’ll never get themes, or be able to arrange our iOS icons the way we want, so, whatever.

That Finder video shows Big Sur adopting the new combined title/toolbar style, which saves a few pixels vertically versus the older design (shrug), but everything’s still there from the Catalina default toolbar (including the proxy icon, which now automatically hides until you mouse over the folder title). But, besides that and some other visual tweaks (rows in columns mode get rounded corners, for example), it’s pretty much the same old Finder (the FTFF holdouts are going to be disappointed). I don’t immediately prefer the look, but if it works as well - or better, given changes not completely articulated yet - then I’d be fine with it. It’s certainly not as absurd as pinstripes or metal-skins from the past

Screenshots coming in from dev installs… Energy Saver renamed battery. It’s quite pretty, and useful. (Link below is to an album of screenshots.) 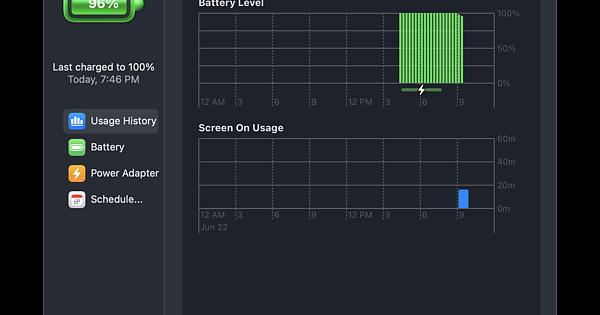 I like it a lot. It looks fresh (the side-by-side comparison makes the old flat Aqua instantly look dated), clear, coloured (thank god Apple remembers color has its uses, cough Windows 10) and timeless.

I also very much like the rounded corners everywhere. Setapp has that and I realised how pretty that is. I like that the design languages are converging.

I just hope we retain as much customisation and automation as we have been used to.

My first thought was imagining DevonThink with the new skin…2024?

Doesn’t DT use standard controls? If so, the app should work out of the box.

John Gruber playing with Big Sur dialog boxes. I agree with him that the Cancel boxes currently look a little off, like they’re not active. But overall a nice crisp look, I think. I’m sure they’ll find ways to work around the design engineering to give us what they think we want.

Am I the only one in finding all those controls conspicuously bigger? As if… they were friendlier for touch.

It would seem that managing a consistent set of controls across three platforms (macOS / iPadOS / iOS) would be more resource and process-intensive for Apple than not. Change management, developer coordination, etc., would possibly be more complex. That might be counter-intuitive, but consistency is often more costly and complex than not.

Personally I don’t mind if macOS controls are not “consistent” with iPadOS, but I also like where Big Sur is going so I would hope these underlying changes are part of a well-managed design trend within Apple. No reason to think it is not.

You never know. If Apple doesn’t offer it right away it always could later and have all the pieces in place. Apple has said ‘no’ over and over to a touch-based macOS but a notebook that ran both macOS and iOS might open up macOS to allow limited touch controls as long at the touchscreen were there. Steve Jobs, Craig Federighi and other higher-ups at Apple have been pretty adamant for years about not making macOS a full touch-OS, from the very beginning of iOS all the way up to present-day.

“We really feel that the ergonomics of using a Mac are that your hands are rested on a surface, and that lifting your arm up to poke a screen is a pretty fatiguing thing to do,” he said.

Federighi added that he doesn’t think the touchscreen laptops out there today—which he referred to as “experiments”—have been compelling. “I don’t think we’ve looked at any of the other guys to date and said, how fast can we get there?”

Someone I know recently wrote that it’s clear Apple is working on a unification of design language where it’s appropriate. (Perhaps in anticipation of dual-boot Mac/iOS machines or at least the “iPhone and iPad apps just running natively on Mac” thing they glided over.) Judgement should be withheld for now until the OS gets in hands of reviewers; so many times things that look good/bad in demos turn out the opposite in real life use.

I supposed the merged design language is good to get iPhone users to try Macs, since they are in the far majority. But it does nothing for Mac users. I’ve installed the beta on an external drive and played around with it for a while. It does seem faster, which is unusual for a beta, but otherwise doesn’t seem to offer anything substantial for Mac users. The fact that it appears to be a really clean first beta tells me that really little changed under the hood.